Ask Erin: How Do I End Things With My Boyfriend? 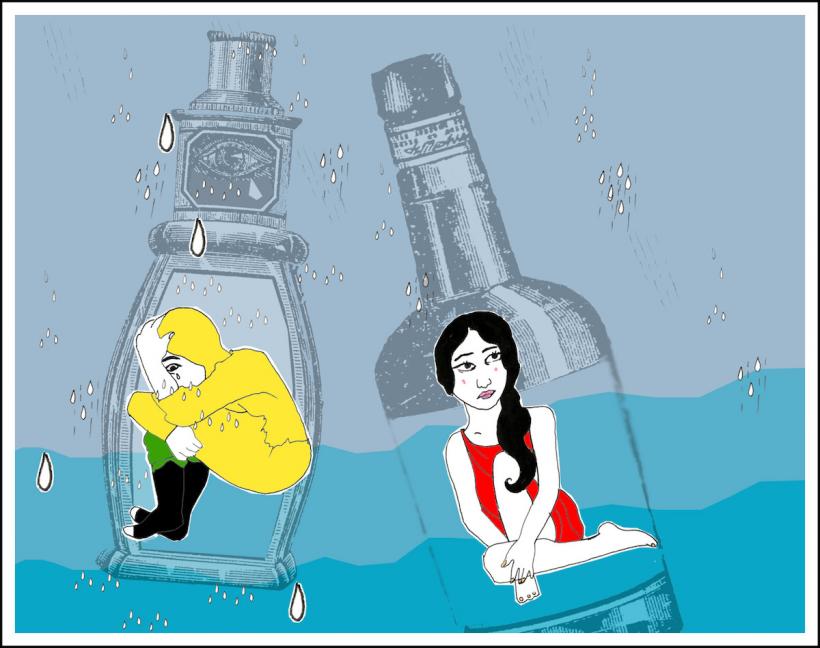 I've been dating a guy for the past six months, and as of late, I've been getting frustrated at his lack of structure and his lack of ambition.

Now, in the beginning, it was great. We live in different states so to make up for distance, we FaceTime. He works from home and has a relaxed, spontaneous lifestyle. He's super laid back, and a genuinely wonderful person. He cares for me (although in the beginning, I think he didn't care too much). He isn't a guy who goes out to the club all the time and has to be all over with everyone.

However, due to his freedom with work, he has his friends (about five or six) over to his apartment anywhere from 10 pm to 7 am on any night. When they do come over, all they do is play video games, drink, play Yu-Gi-oh, and smoke.

I didn’t notice this in the beginning, but it was only two nights per week. Now it's a constant thing, and he seems to not care about what time they're there until or what's happening the next day.

He's turning 30 next year, and I've just turned 25. I'm working on getting my MHA and furthering my career in the medical field. He simply wants to work from home and do nothing else throughout the day but watch TV and sit around the house or tinker on his car and motorcycle.

We have a lot in common but this lack of structure and ambition... it's driving us apart.

I feel like I can't see a future with him because of this. I've tried to end things but every single time, he starts crying, and it breaks my heart. I honestly think we were better off as friends versus as partners.

He doesn't want to further himself in the IT field because becoming a supervisor or manager means that it'll be stressful, and he doesn't want that, but he isn't doing anything to show me he's changing.

I need to end things, but I can't if every single time he starts crying.

How do I handle this? He's great, but he's not the fit for my future aspirations.

Thanks a million,
Stuck by tears.

Your question is not should you leave; it’s how to leave.

As you said yourself, “He's great, but he's not the fit for my future aspirations.” That’s clear from your email. You want different things from life. You can see that his lifestyle doesn’t mesh with yours all the way from another state! Can you imagine how clear it would be if you lived in the same state, let alone city.

Ah, emotional hostage-taking. Now, he might not even be aware that he’s doing it. I’ll give him the benefit of the doubt on that. But, it’s manipulative, nonetheless.

When someone we care about is hurting, our empathy kicks in. And when we are the cause of that hurt, our instinct is often to reverse things, even at the expense of our own comfort, feelings, etc.

But, staying with him a little longer to find the right time to leave is more harmful, for both of you.

You’re not stuck. In fact, you’re in an entirely different state than he is. So this is how you handle it…

Call him, FaceTime him, email him — just rip that band-aid off. Break up with him. Yes, in this case, I think an email breakup is okay; he knows it’s coming.

Tell him a gentler version of what you told me: it’s clear that we want different things out of life.

Also, you have only been together for six months. And, long-distance at that! Please don’t carry around unnecessary guilt about this. You’ve dated for a few months. You’ve discovered you’re not a good match. It’s okay to want to move on. And, move on you should!

Those tears he has are about more than you. Set yourself free and you’ll be doing the same for him, too.

The information within Ask Erin should in no way be interpreted as medical advice because I'm not a medical professional. But I am here to help — to share with you the wisdom I've gained after years of making mistakes. If you have a question for me about relationships, addiction, dating, friendship, depression, sex, consent, what I’m reading, Danburite, or anything at all, use the contact form below or email me at askerin@ravishly.com. As always, your anonymity is golden. Lastly, I’m so excited to share my Ask Erin Self-Care Guide, free when you sign up for my weekly newsletter. xoxo

If you like this article, please share it! Your clicks keep us alive!
Tags
Ask Erin
advice
relationship advice
break up
breaking up
breakup advice