The "Fat Tax" At Spas & Salons Is Discriminatory And Unacceptable 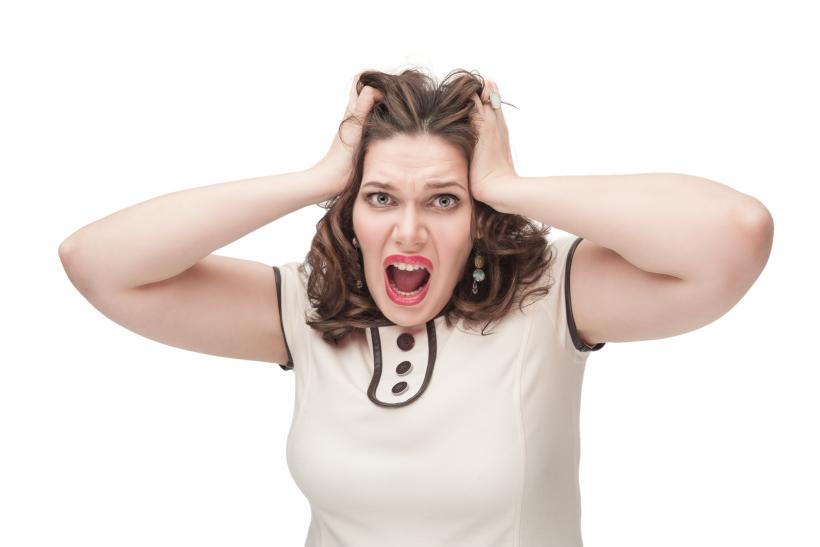 A "fat tax" is an additional fee that is charged to fat patrons by services like pedicurists, spas, even massage therapists.

A number of blog readers let me know about an incident at a nail salon where they hung a sign saying “Sorry, but if you are overweight, pedicures will be $45 due to service fees for pedicurists. Thank you!”

I’m not sure if I’m more insulted about “Sorry” (are you, really?) or “Thank you!” (Um, you’re welcome? You sizeist ass). I blogged about this specific incident here, but it’s part of a much larger issue of fatphobia that affects fat people’s every day lives. A "fat tax" is an additional fee that is charged to fat patrons by services like pedicurists, spas, even massage therapists. Sometimes it even goes beyond a tax to complete exclusion. I asked some fat folks to share their stories.

One of the most common forms of exclusion is to simply create an environment that doesn’t accommodate fat people.

MH faced this as a massage therapist: “When I was a new massage therapist, I worked at a spa that did not have tables large enough to accommodate people of all sizes. It was really frustrating for me as well as my clients. When I was able to outfit my own studio, I splurged on the largest/highest weight capacity portable table on the market. It was expensive but worth the relief on my clients' faces.”

LSK faced this issue from the client side of the table: “I’ve had a few massages here and there and feel like I’m going to fall off of the table because there wasn’t enough room for my arms. I could never relax into the experience because one arm or the other would pop off of the table and I would be laying there embarrassed as all hell and wondering what to do with my arms. Don’t get me started on the teeny-tiny robes!”

And robes aren’t the only thing that people had trouble fitting into; MK was one of many folks who faced this issue at the salon. “I can't tell you how many times I've not fit into chairs when I go to get my hair done. They almost never had capes to fit me. Last year I went to go get waxed and they expected me to jump on to a table that looked so flimsy I actually laughed out loud while shaking my head.”

AC has had some luck with insisting on what she needs: “I go to Spas as often as I can, and always ask for a robe that will fit me (as I am unapologetically fat). It sometimes takes them a REALLY long time to dig one up. The places where they give you a little scrubs like outfit to wear (mostly Korean style spas) often have to give me the mens one, which is awkward when you are a cis-female trying to use the single sex areas of the spa. The best service I ever had was at the Madonna Inn. They asked my size before I arrived, did not balk at my 3X/24, and had a robe that fit me in the locker for me upon arrival. Really appreciated that.”

Asking for accommodation is definitely an option – but taking your time and energy to remind a place that serves people that people of all sizes exist can be difficult, stressful, and the exact opposite of the relaxing experience that someone might be looking for when they head to the spa.

The responsibility shouldn't fall on a fat person who is just trying to get the exact same experience other people are already given.

Not to mention that in some cases (and especially in larger sizes), asking for what you want doesn't always mean businesses are going to accommodate. SH has a different tactic: “I've gotten to the point where I bring my own robe and bath sheet to spas because I am Over It. Last time I had a mammogram I told them I would take off my bra but I was leaving my T shirt on and they could just work around it. They protested a bit but I didn't budge.”

It’s bad enough that you get a service provider who is a fatphobe, but then there is every chance that their boss will engage in the same bigotry if you complain, leaving you no recourse.

As always, oppression is often intersectional, and disabled people who are also fat find themselves even more marginalized. KH shared, “I used to go to a spa that had an entry on the ground floor, but all of the services were up a flight of stairs. They redid their interior and got rid of most of their waiting room furniture, leaving only chairs with severe arm restrictions. Then they switched actual chairs, and the new ones have much more restricting arms. When that was a problem, my stylist brought me downstairs to their ADA compliant space, which is a little room off to the side with a SLIGHTLY wider chair, but the space had no place for the stylist to put their tools, and it was completely isolated in some ways (no other people around you getting haircuts), but open in other ways — everyone going to and from their appointments could see you sitting in the "special" area. Also the chairs were not particularly comfortable, just old. I didn't feel comfortable going back.”

Sometimes we are able to get service, but it comes with a side of unprofessional behavior.

SE told me “I went to Red Door spa for my first leg wax. I told them I was nervous and it was my first time. The woman who waxed my legs said how much work leg waxing is, especially when it’s someone who has so much area to wax. She also commented on my upper legs saying that “big girls have lots of hair,” so it’s good because I don’t have as much, which is unusual. Once I got home I realized the skin on my upper legs was red; a layer of skin had been pulled off. When I called the manager, she wanted a photo, which I sent even though it felt violating and the woman who waxed me said that my skin layers ripped off because the skin on my legs was so thin because of my leg fat. Needless to say, I will never do that again.”

This is where we see the effects of the ubiquity of fat bigotry. The waxer had no problem commenting negatively about fat people’s bodies during the session, but didn’t bother to tell the client that because of her size actual skin layers would be ripped off? And if it’s not true, then it’s just using fatphobia to hide negligence. If it is true, then the waxer was negligent in not explaining the dangers to the client before performing the service. It’s bad enough that you get a service provider who is a fatphobe, but then there is every chance that their boss will engage in the same bigotry if you complain, leaving you no recourse.

Sometimes we aren’t even safe after we’ve had the service and gone home.

ZB had a friend who was charged fat tax after the fact: “Had a friend who was called by a salon the day after her appointment. They said she had broken their chair (“You know you broke it!”) and tried to make her pay for it. She thought the chair probably had broken while she was using it, but I suggested she tell them that their unsafe equipment had put her in jeopardy. In this case that ended the matter.”

These problems will continue as long as sizeism is seen as a reasonable business practice, including businesses pretending that fat people asking to be accommodated is asking for something “special” when, in fact, it’s just asking that they get the exact same experience as everyone else.

If you like this article, please share it! Your clicks keep us alive!
Tags
fat tax
fat discrimination
fatphobia