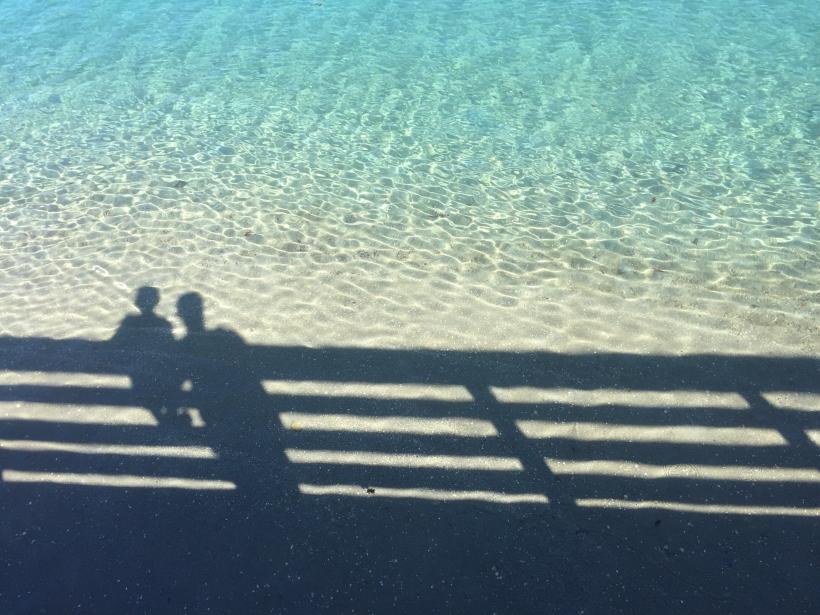 Photo by Steve Shreve on Unsplash

As Father's Day pitches start to fill my inbox — promoting watches and golf gear for every type of dad! — I'm reminded that I don't have one anymore.

Last April, my dad died two days before his 58 birthday after struggling with Huntington's Disease for over a decade.

The night of his funeral, after the food was wrapped up and most people had left, I tried my absolute hardest to keep the party going. I continued pouring drinks people didn’t want and playing music no one wanted to hear because I knew when the last bottle of wine was empty and the speakers were shut off, that was that — my dad was really gone forever.

My dad and I had a pretty distant relationship after my parent’s divorce, so I had always assumed after he passed I would be accustomed to not having him around. He lived eight hours away, and my mom was so strong in raising us that it hardly ever seemed like our life was without (I’ll never understand how she did it). When we learned my dad was sick, the only thing that shifted was our feelings towards him. We still lived far away and only visited a handful of times. If I'm brutally honest, it was partly due to distance, partly due to money, and partly because it was too hard for my mom, my sisters, and I to watch his decline.

With visits to a minimum and his ability to talk on the phone dwindling, our only correspondence became one-sided letters, where I’d write about my life, and someone in the home would read it to him.

There were also a few scares throughout his decline that I thought would have prepared me to handle his death. On spring break my Sophomore year, my mom called me on the last day to tell me I had to come home to see Dad. He could no longer swallow, so it was only a matter of time until he choked or starved. I dropped to my knees on the beach and sobbed.

That was five years before he actually died. So you’d think over five years and multiple scares I’d be more than ready for his struggle to come to an end. But I wasn’t.

On the night of the funeral, I cried myself to sleep, hyperventilating into my boyfriend’s arms because I realized didn't have a dad anymore. “He doesn't exist anymore,” I kept saying. As it had turned out, miles are nothing compared to the difference between life and death. Even knowing he existed on this world, no matter how removed I was from him or how hard it was for him, was something I had held onto.

On the way back to New York the next day, I laid down in the backseat, falling in and out of sleep while hugging the flag they folded and gave to me the day before. This is it, the last of my grieving. Once I get home, I’ll be ready to move on, I thought to myself. The ceremony was almost a month after his death, and in that month I took all the time I thought I needed. This meant spending days at a time in bed, isolated and crying. My sisters were back at work and school the Monday after he passed Friday. Instead, I let myself fall deep into the sadness I felt, hoping I’d be able to completely close this chapter once the arrangements were complete.

This turned out to be naïve thinking. Even after his funeral, I continued to miss deadlines, lying in bed and crying for so long my entire body felt dried out. My friends, family, and partner were so amazing — I don’t know what I would’ve done without them —  but no matter how there they were for me, they didn’t get it, and that made me mad.

All the other people I knew my age had healthy parents who were almost all in happy marriages. When my parents first divorced and we learned about my dad’s illness, empathy was a huge problem for me. I found it hard to come by because in my head other people’s experiences couldn’t compare. I quickly learned that’s no way to live life. People experience things in all different ways that are difficult for them. No matter what life had thrown me, I realize I still was quite privileged.

However, once my dad died, my empathy started to drift away again. It made me mad that no one understood what I was going through or knew what to say. It’s really hard being the first person in your embarrassingly-close group of friends to lose a parent and plan for a funeral. I couldn’t ask for their advice on anything. The only thing I could do was try to articulate how I was feeling, which wasn’t as easy then as it is now. So instead of confiding in the people closest to me, I tried to keep to myself. I bottled up my feelings of anger because I knew that they were wrong and not how I felt deep down. It was just a skewed reaction to what I was going through.

No matter how there for me people were, I couldn’t help but feel alone.

I felt like even if people listened to me or tried to understand what I was going through, they wouldn’t. They just couldn’t, and I didn’t want to have to educate them on what it was like. As much as I appreciated their effort, I was angry and envious of their innocence that I no longer had and would never have again.

As the year continued, my friend group experienced their own family deaths of grandparents, aunts, and uncles. Of course, I understood how difficult death can be, so just as they had been for me, I was there for them. Because that’s what friends do.

But no matter how hard I tried to fight it, I still couldn’t help but struggle to really feel for them. Losing a parent, no matter how distant or troubling the relationship was, felt a lot more difficult. In my mind, it wasn’t fair that my dad’s death was no longer a topic of thought or conversation at all. The world and cycle of life carried on while I stayed still in grief and memories.

After about eight months, I was able to move past this feeling of self-pity, self-righteousness and finally feel for others. I no longer held my struggles against the people I love the most in the world. I was able to get back, or at least pretty close, to the same life I lived before his death.

It wasn’t until that month, one year later, between when my dad died and when we had his funeral, I started to feel myself sink into a hole. I just felt unmotivated and uninterested in work, relationships, anything. I couldn’t get myself to go out. I couldn’t meet deadlines. I couldn’t even watch new TV shows or read new books, only ones I felt comfortable with and knew well — AKA Gilmore Girls on repeat.

Just as I begin to pull myself out of this state,  Father’s Day approaches and reminds me, once again, what I lost.

I start to feel the cycle of anxiety and anger begin to rise inside me. But more prevalently, it reminds me that I miss him. I miss my dad. I’m sad I can’t wish him a happy Father’s Day, send him a gift, or take him out to celebrate.

I always feel weird about posting something so personal on social media, so I never have for Father’s Day, his birthday, or the anniversary of his death. I did one picture after he died, but other than that, a social media post feels too insignificant and self-pitying (a feeling I like to keep to myself).

I suppose you could say this piece is just as public and self-pitying as an Instagram. But unlike the 300 people who will see my post, my hope with this is to reach a wider audience, one that’s gone through the same or similar experience as me. Because no matter how much it feels like it, I’m not alone. My circumstances, as rare as they are, aren’t even unique!

Lots of people suffer the death of a dad and then have to experience annual Father’s Days for the rest of their life. I’m so not alone, but neither is anyone else.

Father’s Day doesn’t have to exclude those who don’t have a father.

It can be a day to recognize all dads, dead or alive. That’s the beauty of Father’s Day; we can all either grieve or celebrate together.

If you like this article, please share it! Your clicks keep us alive!
Tags
father
Dad
fathers day
death
grief
loss

Getting Through My First Year Without A Dad
Emily Rekstis