Getting Older Is Terrifying, And It’s Also The Best 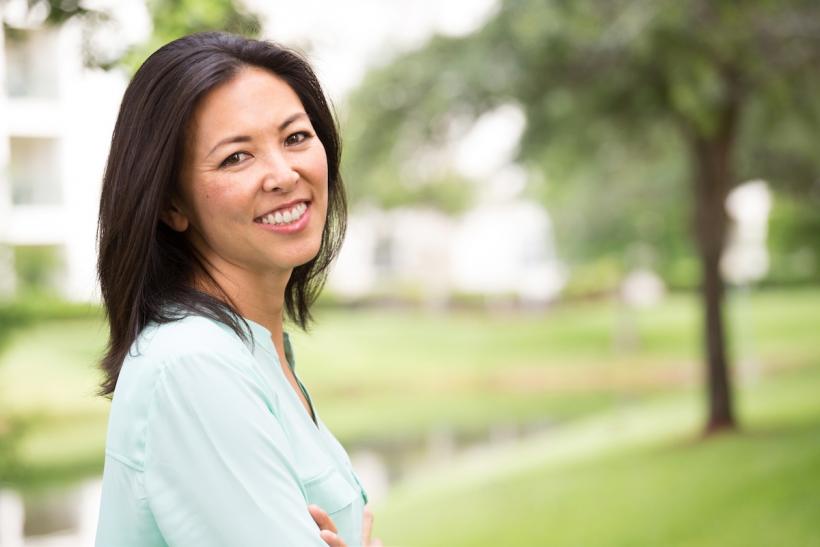 Why should I feel bad about being in my 40s?

This article was first published on SHE'SAID' and has been republished with permission.

Would you really rather not get older?

The first time I ever freaked out about my age was the day I overheard my mother telling someone that her son — that would be my older brother — was about to turn 40.

Forty! My brother? It didn’t seem possible. I actually felt a little faint as I realized that it was true; if I was 37, then my brother was, indeed, going to turn 40 soon. I don’t know why it threw me so much; I just know that for some reason, the gulf between 37 and 40 seemed huge, and I wasn’t ready to cross it.

Turning 30 was no problem for me; I was eager to finally be out of my 20s. Growing up, I’d been the baby of the family, and when I was 25, I married a man 17 years my senior. I was tired of my youth being the butt of every joke. Besides, I already had two kids, and most of my mom-friends were already in their 30s.

Six years later, I was newly divorced and felt like my life was starting again; I was sure I’d be remarried and have another baby (maybe even two) before I was out of my 30s. But you know what they say about making plans: nothing makes God laugh harder. I never imagined I’d be closing in on 42, worrying that I’m too old to have another baby, reeling from the failure of yet another relationship, and wondering if I’m destined to be alone for the rest of my life. Every new wrinkle sends me into a tailspin; I’ve given up counting gray hairs.

I’ve started playing a game to comfort myself: Googling celebrities and making lists of who’s older than me, and who had babies in their 40s. (I’m younger than Angelina Jolie, Kate Winslet, and Drew Barrymore. Susan Sarandon had babies at 42 and 45; Gwen Stefani had her youngest when she was 44, and Hallie Berry gave birth at 47. Forty-seven.)

But here’s the thing: what does it really mean to be afraid of aging?

Is there another option I’d prefer? As my mom always jokes on her birthday, “it beats the alternative!” When I think of people who never had the chance to get old – like my sister – I feel like an ungrateful monster for worrying about my age. I’m only going to get old if I’m very lucky.

And getting older is not without its perks. I’m more comfortable in my skin now than I was ten years ago; in fact, sometimes I feel like I’m only now beginning to know who I really am, and what I want to do with my life.

Why should I feel bad about being in my 40s? Maybe it’s because our society tells women we’re at our best in our 20s and 30s, while men keep getting hotter with age. Patrick Stewart married a woman in her 30s when he was almost 60, and no one batted an eye. George Clooney just had twins, at age 56, with his 39-year-old wife. And that’s just off the top of my head; I could make a much, much longer list if I tried.

There’s no question that for women, our feelings about aging are very much tied up with our fertility. Whether we want to have children or not, once we’re past childbearing age, there’s a shift. I joke that I’m heading toward “crone-hood” as I approach the end of my fertile days, but I’m not totally joking. Traditionally, women who are done having children are no longer desirable. In storybooks, they live in gingerbread cottages in the woods and shove children into ovens, or they send woodsmen to cut out the hearts of their beautiful young stepdaughters. If they’re not evil, they’re sweet old grannies, soft and nonthreatening, drained of any sexual vitality they once had.

These days, though, we have some better role models for aging and staying hot: look at Helen Mirren, rocking a bikini on the beach at age 70 and landing a contract with L’Oreal cosmetics, or 63-year-old Christie Brinkley looking amazing on the cover of the Sports Illustrated swimsuit issue. But what if you’re not a supermodel or an actress? What if you’re just an everyday person, watching helplessly as your jawline sags and your waist thickens? (This is an actual thing that happens, by the way: even if you stay the same weight, your body changes shape as you age. It’s delightful.)

The only thing to do, I’ve decided, is get over it and embrace all the good things about getting older.

I recently discovered a blog written by retired psychologist Liz LaFarge, aka The Tent Soloist. She recently turned 81, and she travels around the country alone, exploring and setting up camp. “My three daughters live in Maine, Amsterdam, and New Zealand, nobody needs me, so I felt free to strike out on my own in the direction I wanted to go,” she writes.

LaFarge doesn’t worry about trying to hang on to her youth or feel compelled to keep looking hot, and while I’m still pretty far from 81, she might be my new role model. “My body is wearing out, no matter how hard I work to keep as much as possible, as long as possible,” writes LaFarge. “But everything else — my mind, my spirit, they fly so fast and light now that all the unimportant details that have weighted them down drop away, and I see that so many things that mattered for so many years just plain don’t anymore. What freedom.”

So often, I find my mind racing with anxiety that finds its shape in questions. Will I ever find true and lasting love? Am I a good enough mother, a good enough friend, a good enough person? Am I pretty enough, smart enough, nice enough? Am I too nice? What is my life going to look like in five years, ten years, twenty years? I imagine what it might feel like to have those worries drop away, and just revel in the beauty around me. So I’ll be too old to have babies soon. So what? I already have two incredible kids. So I’ve given my heart to people who didn’t deserve it, and settled for “love” that was, at best, a poor imitation of the real thing. So what? Now I have a better idea what real love ought to feel like.

The idea of turning 50 — never mind 80 — still scares me, but the idea of not turning 50 (or 80!) is much scarier. So here’s to my upcoming 42nd birthday — and to all the ones I’m lucky enough to celebrate after that.

If you like this article, please share it! Your clicks keep us alive!
Tags
aging
getting older
age
self-improvement
health
women's health