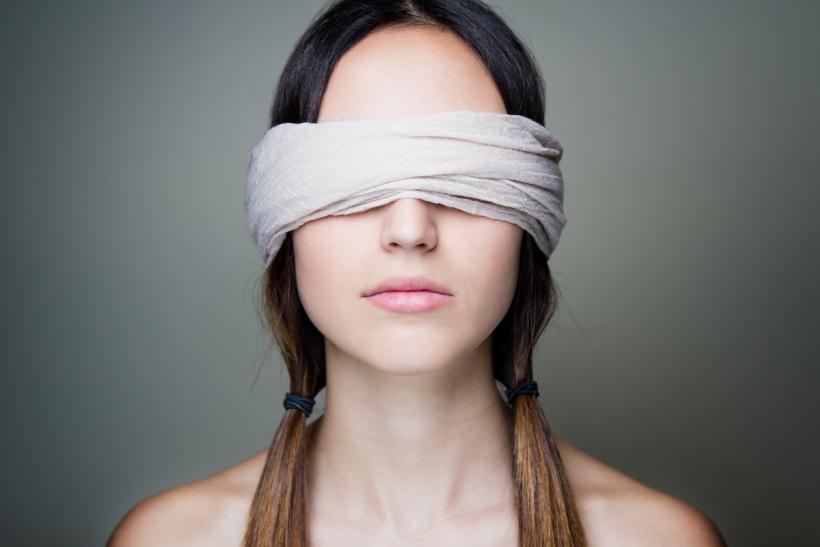 To be white is to inherit the white supremacist legacy and its delusions, no matter how liberal or progressive our upbringing.

I grew up five minutes from the Aryan Nations compound in Northern Idaho in the 1990s. At the time, the compound was big news — attracting everyone from the national press to the Southern Poverty Law Center. Its founder, an old white man named Richard Butler, was a sort of religious leader and white supremacist who dedicated himself to Christian Identity. To this day, Butler (who died in 2004) is one of the most well-known and influential leaders of the American far-right.

It’s strange, because none of this seemed too strange to me growing up. We moved to Idaho when I was 3, so living amongst white supremacists was normal for me. And besides, everywhere I looked I was surrounded by people who looked like me — white people. Of course most of them weren’t white supremacists or KKK, but tens of thousands of them, like my family, felt comfortable living among them.

It took me decades to examine or even see the political, cultural, and racial homogeneity that made my family join the great “white flight” to rural areas like North Idaho during the 1980s and early-mid 90s. (North Idaho, we always joked, was “little California” due to the thousands of white Californians who moved there in the 80s/90s.)

Not all white people are white supremacists or grow up around them, of course. But too many of us are raised under the same delusion — the belief that racism is over and white people are equally oppressed if not more so.

I grew up thinking racism was a thing of the past — that slavery was bad, of course, but it was a long time ago; all the while living within a couple miles of the Northwest’s most notorious white supremacist compound. And surrounded by white faces. “I didn’t see color”— there was none to be seen.

I continued my stubborn delusion into my late teens and early 20s. I distinctly remember being at a house party in Spokane (or “Spokompton” as we so cleverly called it) and declaring to a young black man that “racism didn’t exist anymore.” I remember the instant flash of anger on his face, but I held my ground. I knew better than him.

Why did I think I knew better than him?

This is something I think about often: The great delusion that white people, “my people,” seem to be under. Not all white people are white supremacists or grow up around them, of course. But too many of us are raised under the same delusion — the belief that racism is over and white people are equally oppressed if not more so. Seriously, only 36 percent of us believe that police are more likely to use deadly force against a black civilian than a white civilian. And according to recent research conducted by the Association For Psychological Science, we now think that bias against us (white people) is more of a problem than bias against black people.

These findings should be odd given the obvious and well documented racial inequalities that persist in our country today. But they’re not. Washington Post writers Samuel Sommers and Michael Norton described the seemingly illogical nature of it all in their 2016 article, “White people think racism is getting worse. Against white people.” Noting the bizarreness of the respondents’ beliefs, they wrote:

“This perception [that bias against white people is greater than that against black people] is fascinating, as it stands in stark contrast to data on almost any outcome that has been assessed. From life expectancy to school discipline to mortgage rejection to police use of force, outcomes for white Americans tend to be—in the aggregate—better than outcomes for black Americans, often substantially so.”

“In stark contrast to data on almost any outcome”— white people, it would seem, are seriously out-of-touch with the racial reality in America. But why? Why after hundreds of years have we, as a people, not been able to come to grips with this reality? Why does my mother still insist that North Idaho is a welcoming and safe place for people of color? Why does the majority of my family, along with most of white America, seem unfazed by the persistent pattern of the killing of unarmed black men and boys by police? Why do we insist on not seeing racism in the face of so much evidence to the contrary?

Because, like 15-year-old me, most white people are seriously delusional when it comes to race and racism.

It’s as if white supremacy can’t handle looking at itself in the mirror, and that generation after generation it must convince itself that it is superior and innocent at the same time.

Related: A Guide For White People Who Don’t Think That Thing Is Racist

The writer Toni Morrison describes this reality as a “neurosis” in her 1993 interview with Charlie Rose:

“The people who do this thing, who practice racism, are bereft. There is something distorted about the psyche. It’s a huge waste and it’s a corruption and a distortion. It’s like it’s a profound neurosis that nobody examines for what it is. It feels crazy. It is crazy and it leaves — it has just as much of a deleterious effect on white people and possibly equal that it does black people.”

The older I get, the more I agree with Morrison that white people are indeed suffering from an entrenched hereditary neurosis: a defense mechanism rooted in the maintaining of ego and a consistent image of one’s self. One might even go so far as to describe our affliction as a psychosis, our relationship to reality impaired, our minds delusional.

What other diagnosis does one give a person who grows up next to organized white supremacists, yet stubbornly denies the reality of racism? To a people who get enraged over a black athlete taking a knee in protest while seeking every possible justification for the killing of yet another unarmed black man? As Morrison said, it is crazy.

The truth is, white people are victims. But not of black folk.

We are victims of our own delusions — carefully constructed and passed down from one generation to the next.

To be white is to inherit the white supremacist legacy and its delusions, no matter how liberal or progressive our upbringing. And at the base of our construct is deep-rooted fear. A fear that we are not as great as we think we are. That we may, indeed, be inferior:

“If you can only be tall because somebody’s on their knees then you have a serious problem,” Morrison continued. “And my feeling is, white people have a very, very serious problem and they should start thinking about what they can do about it. Take me out of it.”

Morrison’s right. But until white people acknowledge the reality of white supremacy and the role they play in its perpetuation, we will continue, as a people, to live in our delusion and fear. It’s time for white people to be courageous; to do something.

If you like this article, please share it! Your clicks keep us alive!
Tags
white people
white privilege
white supremacy
racism
Toni Morrison