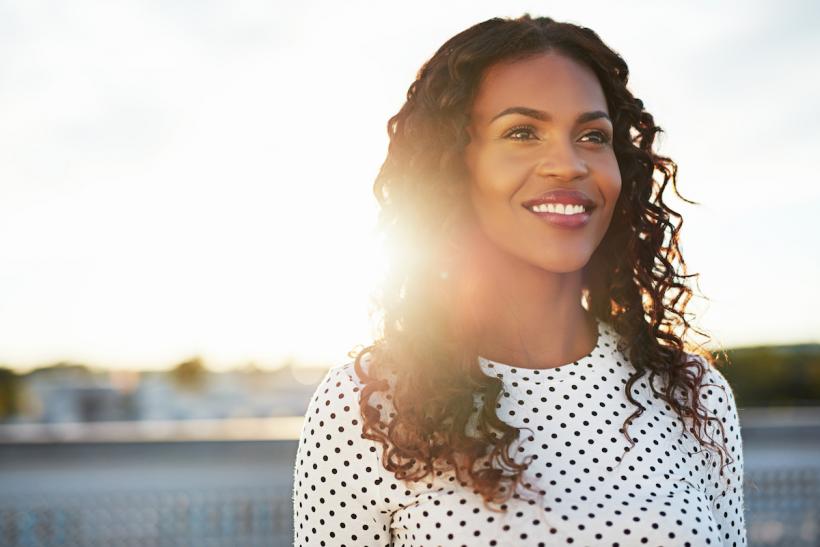 While all kids can be bratty, selfish, and get angry, bossy has an insidious gendered quality to it. So much so, that Facebook’s Sheryl Sandberg of Lean In launched an entire internet campaign to “Ban Bossy“ — inviting celebrity powerhouses like Beyoncé and Diane von Furstenberg to join her. It seems almost every woman can relate to being labeled “too bossy” as a little girl.

Once upon a time, I too was called bossy—a lot. Also stubborn, strong-willed, bull headed, etc. My father even went so far as to tell me that I would have marital strife lest I learned to bite my tongue. I was raised to believe, as feminist author Chimamanda Ngozi Adichie was, that:

If bossy is for little girls beginning to experience their power, bitter is for women who have realized theirs.

Twenty years later, I’m not married (thanks, pops), have my master’s degree from a prestigious university, and am an actual boss directing political fundraising campaigns. But strangely, the word bossy no longer seems to apply to me. It’s as if the prognostic is no longer relevant now that I’m in my 30s. However, in its place, another highly gendered, even uglier, word has arisen: bitter.

Bitter: The opposite of sweet. Unpleasant. Cue “bitter beer face” guy and images of sour-faced old maids. Google the word and, perhaps unsurprisingly, one in three of the images you’ll see is of a black woman. There’s even a “Bitter Woman IPA” brewed in Wisconsin.

The word, like its sister “bossy,” is incredibly gendered. And it’s ageist af.

No one would ever imagine calling a little girl bitter. Bossy, when you think about it, is kind of cute. A reprimand often delivered with a wink and knowing nod — after all, that’s how little girls are.

I look at bossy as a sort of foreboding — a prognostic given to young ladies warning them that, if they aren’t careful, their strong-willed nature and ambition will make them unattractive to men.

It works, often unwittingly, as a check on their blossoming power.

But as little girls grow into women, “checking” them becomes pointless. We have already had relationships, pursued careers, and perhaps even gotten married and divorced. We have grown into the women we were warned about. Some of us, as Gloria Steinem so famously put it, became the men we wanted to marry.

If bossy is for little girls beginning to experience their power, bitter is for women who have realized theirs. The label is inherently time-bound, suggesting resentments built overtime, usually toward men.

For me, the word began popping up in my late 20s. Family members and friends, all who were older, seemed suddenly concerned that I was becoming jaded and resentful. My once endearing youthful passion and opinionated-nature now seemed weary and old. I was told, on multiple occasions, to basically “get over” injustices done to me and my kind.

The odd thing was, I didn’t feel “bitter.” I didn’t even feel angry. If anything, the angst and rage I felt as a youth had calmed into a more nuanced and understanding perspective on life. I wanted to argue with them. To defend myself against the ugly label they were projecting onto me. To tell them how much I loved and respected my live-in partner of five years and convince them that I didn’t hate men.

I’ve since decided not to waste my breath. Their projections are just that — theirs.

Bitter, I’ve come to understand, is the best thing a bossy little girl can grow into. It is the opposite of sweet — sugar and spice and all things nice. It is a woman who stands up for herself and what she believes. A woman whose main concern in life isn’t pleasing others but being true to herself. And that is incredibly threatening to a culture still steeped in masculine ideas on power and leadership.

It’s no wonder our soon-to-be President chose “nasty woman” as he interrupted his female opponent for the umpteenth time. It was a petty, sexist, last-ditch effort that struck a cord with women everywhere — effectively lighting a feminine firestorm and becoming a sort of feminist battle cry and badge of honor.

If you like this article, please share it! Your clicks keep us alive!
Tags
Ageism
Ban Bossy
bossy
young girls
sexism
Sheryl Sandberg