Menstruation And Misogyny: Why Talking Openly About Our Periods Matters 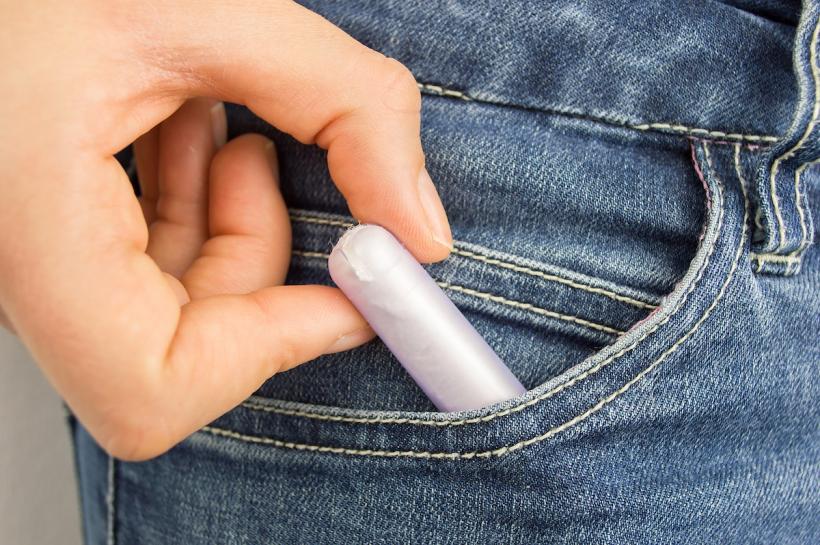 Menstruation and Misogyny: Period shaming strikes to the core of our worth.

I recently got back from visiting my conservative Christian family in North Idaho. It was a peaceful visit for the most part — no blowouts over Black Lives Matter, no debate over transgender bathrooms, Trump’s name wasn’t even mentioned. My family and I are learning to keep quiet about our ever-diverging opinions. Everything was going to be cool this time — stifled, but cool. Or so I thought …

It was the last day of my visit and I was meeting my little brother and his new baby boy for coffee. It also just so happened to be day two of my period — you know, when the flow goes from a cute little puppy to a foaming attack dog. I was in the thick of it (pun intended). Between family, nephews and nieces, and new babies, I had forgotten to change my tampon. Stepping out of the car I felt a sudden rush of wet — thank god I was wearing black pants. Without thinking, I turned to my partner and brother and said, “I have to go change my tampon now.”

My not-so-little little brother, now a husband and a father, immediately reprimanded me: “Jess, no one needs to know about that. Keep it to yourself,” he said in a way I can only describe as really fucking paternal and annoying. I don’t know what was redder — my flow or my face.

Immediately, I snapped back with something about it dripping down my leg and being an emergency. We exchanged more tense words—he was upset, my hands were shaking. He said something about bowel movements and compared my mention of menstruation to describing one’s poop (gross, I know). I went to the bathroom to cool off and change my tampon — my hands were still shaking. When I came out, I tried to talk with him about it, to explain to him why I was upset. But he was done with the conversation: “We’re not talking about this,” he said. And that was it.

Siblings, as those who have them can attest, can be simultaneously your best buddy and the next victim in your imaginary murder plot—driving you into a petty rage not experienced since childhood. But I shouldn’t have been surprised: After all, I was his only sister in a household of three boys growing up. While pee and penis talk was normal, any mention of vaginas or periods would bring the house down. I didn’t even know what a period was until I was 11 years old. My mother had convinced me that her pads were for “when women pee a little sometimes.”

Even after starting my period and “becoming a woman,” there was still so much I didn’t know. My father would get upset when feminine hygiene commercials would come on — either getting uncomfortably silent or loudly talking over them. I remember trying to read the instructions on a tampon box and being unable to figure out where the damn thing went. Being home-schooled, I had received zero sex-ed besides “the talk” from my mother and was left with nothing but my two hands, a Webster’s dictionary, and a mirror to guide me.

Those years were rough. Like most teenage girls, I struggled with body image amidst a confusing explosion of hormones. And like others raised in strict religious households, I internalized a toxic shame toward my body and sexuality. It wasn’t my mother’s fault—she was raising me the best way she knew how. But the lack of any sort of sex education and female role models to guide me left me fumbling in the dark through my teens and 20s.

So when my little brother effectively silenced me, a grown woman, from talking about my basic bodily needs as a woman, I was set off.

All those years of silencing, of shame, of not owning my body enough to say “no” or “not like that” came boiling to the surface.

And it felt incredibly shitty.

We currently have a President who has called women bitches and hot pieces of ass. Who has “joked” about sexually assaulting us and shamed us for our normal bodily functions. Now, more than ever, it’s crucial that women and girls learn the importance of bodily autonomy and pride, not shame, in their bodies.

If you like this article, please share it! Your clicks keep us alive!
Tags
misogyny
menstruation
periods
menstrual cycle
women's health 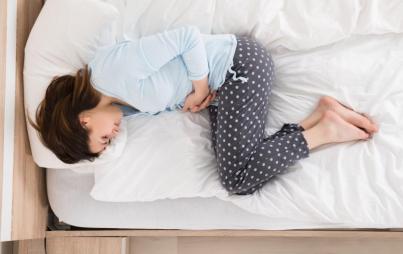