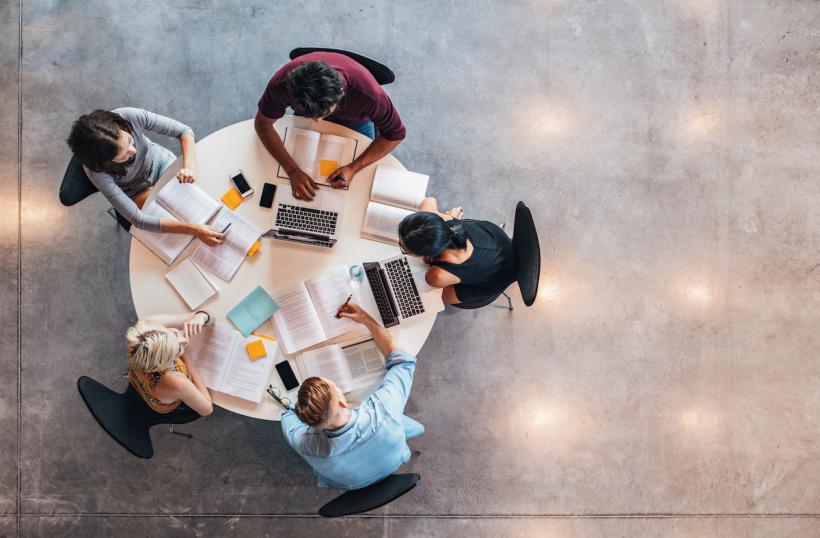 For many, access to abortion is what makes higher education possible.

A necessary bill — but not an ordinary one.

In March, California State Senator Connie Levya put forth a bill that would make the abortion pill accessible at all California public colleges with health centers that receive funding from the state. The abortion pill — a combination of dosages of misoprostol and mifepristone, which inhibit the hormones necessary for pregnancy — was approved by the Food and Drug Administration 16 years ago, but requirements to access the pill vary widely across states.

Since the legislation was proposed, it passed fairly easily through the Senate Health Committee in April, which is unsurprising considering the bill is objectively all about providing accessible healthcare to women. Late last month, the senate also added amendments to Senate Bill 320, which exempted community colleges from the mandate and gave California universities a more cost-effective option of allowing outside providers to come to campus for the service as an alternative to providing the abortion medication at their student health centers.

We are undeniably living in a time of heightened attacks on abortion access through legal regulations and financial barriers. Recent legislation that allows states to defund Planned Parenthood and render contraception, which prevents far more abortions than any abstinence-only education or anti-abortion regulations ever could, inaccessible to many low-income young people. The importance of Senate Bill 320 cannot be overstated — the bill would serve as a crucial step toward making an equally crucial women’s health service accessible to young women with limited economic means.

For female college students, control over their bodies is what frankly makes higher education possible.

A bill that mandates abortion accessibility on college campuses is unordinary. It’s important and it’s necessary, but in a society that continues to be scandalized by a procedure that allows women to make choices about their bodies, placing abortion in the context of education is quite remarkable. Still, the abortion opponents leading the charge against the bill are following their routine line of attack against reproductive rights

But ultimately, by bringing abortion access to California campus health centers, the bill would also be a powerful step toward eliminating the stigma that continues to surround an objectively safe, medically necessary procedure. Additionally, the presence of abortion, on college campuses of all places, would deal a uniquely impactful blow to the paternalistic and deceitful rhetoric that conservatives have used to sideline abortion for decades.

From the start, it was easy to predict the pushback in the form of condescension and disdain for the procedure, insidiously packaged as concern for young women’s safety. Speaking with the Mercury News, Jonathan Keller, CEO of the Fresno-based California Family Council that has led strong opposition against the bill, called the bill an issue of safety and costs, and “an overreach” by Levya.

But if Keller and others who oppose the presence of abortion on campuses out of safety concerns bothered to conduct any research, they would find that for all the expensive, medically unnecessary and — according to the Supreme Court as of June 2016 — unconstitutional hospital requirements that are forced on to abortion clinics to shut them down, surgical abortion is, in itself, remarkably safe.

According to 2012 research by Columbia University, women are literally 14 times more likely to die giving birth than from having a surgical abortion. Medication abortion may not be as cost-effective for college campuses, but according to some estimates, it’s even safer than surgical abortion. Since the FDA approved of the abortion pill in 2001, 3 million women have taken the abortion pill, and only 19 women died of pill-related complications.

That abortion opponents who are supposedly so concerned with women’s safety couldn’t even take the time to acknowledge this research is no coincidence.

After all, portraying abortion as unsafe despite all objective evidence proving the opposite has been their most successful tactic when it comes to shutting down clinics and passing regulations that burden and shame — but ultimately do not prevent — women seeking abortions. Some anti-abortion legislators and activists go as far as to suggest that abortion can cause breast cancer, result in permanent depression, or prevent women from being able to engage in pleasurable sex again.

And this narrative of abortion and safety hazards goes seamlessly with opposition to abortion accessibility on campus: Young, college-age women, supposedly untested and too naive to be accorded bodily autonomy (you know, for their own good) are the perfect demographic for old, white male legislators to subject to paternalistic attacks. The power dynamic present is a lethal combination of gender and age-based oppression. Young women being told what’s safe and what isn’t and watching their rights stripped away by older and more powerful men — what else is new?

That anti-choice legislators are willing to put the health and academic interests of female college students on the backburner to advance their personal ideologies and political agendas is shameful, but what’s arguably even more shameful is their lack of transparency and insistence that this is a matter of health and safety.

In recent years, fear-mongering and presenting abortion as dangerous — a rhetorical strategy that has resulted in regulations throughout the country requiring clinics to either adopt expensive, medically unnecessary safety features or shut down — has served to deny women without the economic means to travel out of state access to abortion. No surprise, then, that this fear-mongering is being used to deny college women convenient access to the procedure, too.

"Young college students shouldn’t have to drop out of school and forfeit their education as a result of an unwanted pregnancy."

But interestingly enough, a surge of popularity in medication abortion over the years — 43 percent of abortions in 2014 were medication abortions, up from 35 percent in 2010 — runs parallel to an increased trend of clinic shutdowns in rural states since 2012. This research reflects prevalent research that has found that laws meant to restrict abortion — from mandated waiting periods to second-trimester bans — have no notable effect on the rate of abortions that take place.

So here’s a piece of advice for anti-abortion conspirators reading this: Regulating abortion rights and standing in the way of college women being able to conveniently access their right to bodily autonomy aren’t going to prevent abortion from happening — but affordable contraception and accurate sexual health education will, so maybe consider advocating for that instead?

The other age-old aspect of conservatives’ routine rhetorical war on abortion is to portray it as murder. No matter the stage of gestation, in their narratives, abortion is baby-killing, whether it involves a 20-week fetus or a fertilized egg. The consequences of this rhetoric have proven not only dangerous, inciting violent and verbally abusive protests on abortion clinics, but also fatal — extremists like Robert Dear, who killed three at a Colorado Planned Parenthood clinic in 2015 and claimed to be a “warrior for the babies,” could be inspired to retaliate against those they are led to regard as murderers by conservative lawmakers’ rhetoric.

At any rate, this is how abortion opponents have always clung onto their moral high-ground. Policies that prioritize conservatives’ inflated notions of moral superiority before women’s health and safety, that send the message that fertilized eggs have human rights but women do not, are able to pass because conservatives have led their constituents to believe that abortion is dangerous, shameful, criminal and should not be discussed objectively, let alone made accessible to those who need it.

But by placing abortion in the context of college campuses, SB 320 acts as a crucial game-changer. There is no such thing as an inexcusable reason to seek an abortion; even if a woman is healthy and financially able to be a mother, the choice is ultimately still hers to make. But SB 320 reminds us of the fact that those who seek abortion don’t want the procedure the way they want an ice cream cone: They need it. Young college students shouldn’t have to drop out of school and forfeit their education as a result of an unwanted pregnancy. SB 320 reminds us to be compassionate and remember the different circumstances of women who seek the procedure.

SB 320 is not an ordinary bill. It brings abortion to college campuses, which are the very forays of objective discussion, and makes abortion, as the crucial health service that it is, accessible to the women who arguably need it most.

Abortion is not a dangerous procedure and, rather, is a health service that women with different ambitions, academic goals, and dreams need. There is no rhetoric, nor any boogeyman stories about its alleged dangers, that will change this fundamental fact. Legislation to mandate access to abortion on campus changes everything by finally, crucially acknowledging this.

If you like this article, please share it! Your clicks keep us alive!
Tags
abortion
reproductive rights
abortion pill
college
Sex
birth control