5 Things To Keep In Mind If You're 'Bernie Or Bust' 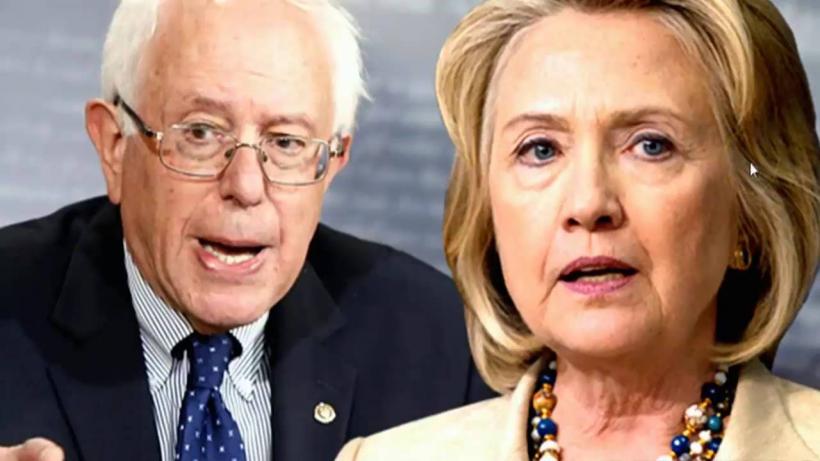 Settling for less than what you want or know you deserve sucks. However, in some cases, it’s absolutely necessary.

Even as a staunch Sanders supporter myself, I recognize how short-sighted it would be to overlook the vast differences between Hillary Clinton and Donald Trump...

Following former Secretary of State Hillary Clinton’s near sweep through Tuesday’s primaries, the “Bernie or Bust” movement has become quite the spectacle. Some ask what it is, others condemn it, and others — about 33% of Sanders’ current supporters — rally passionately behind it.

In short, it’s a movement led by some of Sanders’ staunchest supporters, who refuse to vote for anyone in the general election other than Sanders.

They constitute about a third of Sanders’ current supporters, according to recent polling by The Wall Street Journal.

The widespread fear among leaders and members of the Democratic Party is that this disunity could result in a Trump presidency.

For all the criticism it has drawn, “Bernie or Bust” has also garnered passionate support from characters as notable as Black activist and New York Daily News columnist Shaun King, who dedicated a lengthy Facebook post and an NY Daily News opinion piece to explaining his support.

And over at The Huffington Post, columnist H.A. Goodman recently put forward the controversial idea of writing Sanders in on general election ballots.

I've never been able to warm to Hillary Clinton — since long before I'd even heard of Bernie Sanders. Why? Her hawkish foreign policy and its disastrous consequences for people of color around the world....

He produced a list of valid justifications for this, citing irreconcilable differences in Sanders’ and Clinton’s foreign policies, and also identifying the write-in idea as a means to protest perceived corruption in the Democratic establishment and the superdelegate system (all emphasis mine):

In many ways, I agree with the premise of this list.

I've never been able to warm to Hillary Clinton — since long before I'd even heard of Bernie Sanders. Why? Her hawkish foreign policy and its disastrous consequences for people of color around the world are the ultimate reasons. I also take issue with her stances on the minimum wage and universal healthcare, as well as some seemingly-minor-but-ultimately-revealing things (her condescending language toward Black youth, or just youth in general).

Voters are obligated to vote for the candidate who most closely reflects their values, even if this candidate is not a perfect fit.

And as for Goodman’s other points, it’s no surprise that the DNC has been more hostile toward Sanders than any other Democratic candidate in recent history: When it comes to the economy, corporate interests, and executing actual, large-scale change, Sanders is to the left of their establishment.

I’ll admit that, while it never struck me to write in Sanders on a general election ballot, I have toyed with the idea of not voting at all, should Clinton be the Democratic nominee. (Granted, this is mostly because I have little doubt that through the electoral college system, my state, California, will vote Clinton regardless of my inaction.)

But at the same time, I also fundamentally agree with all of Goodman’s points.

Whether it’s politics or dating or shopping, let’s face it: Settling for less than what you want or know you deserve sucks. However, in some cases, it’s necessary. And while dating will never be one of these cases, politics absolutely is.

Voters are obligated to vote for the candidate who most closely reflects their values — even if this candidate is not a perfect fit. To do otherwise is to be complicit in the rise of an extremist.

[T]he current political system is bogged down and rendered inefficient not only by stubborn conservatives, but by liberals who are unwilling to compromise when they must as well.

Even as a staunch Sanders supporter myself, I recognize how short-sighted it would be to overlook the vast differences between Hillary Clinton and Donald Trump on abortion rights, LGBTQIA rights, immigration, police brutality, and just about every issue of race.

While we’re considering these differences, if you find yourself leaning toward the “Bernie or Bust” camp, here are five things for you to keep in mind:

1. In April, Trump, who is anti-choice, proposed that women who obtain abortions be punished.

He has since walked back this proposal, but we cannot ignore that he has also donated thousands to anti-choice groups.

Meanwhile, not only is Clinton actively pro-choice and the candidate supported by Planned Parenthood and NARAL, but she also opposes the Hyde and Helms amendments, which currently make it illegal for the government to devote tax dollars to abortions not for rape/incest or provide financial assistance for abortions in countries where this is illegal.

While Clinton did not officially support it until 2013, she currently does support it.

3. Trump rose to prominence this election season by calling Mexican immigrants “criminals” and “rapists” in his June 2015 announcement speech.

4. Despite previously touting his “great relationship with the blacks,” Trump has not only received formal support from David Duke and was initially hesitant to disavow the KKK.

He’s also been called out for being racist by none other than Fox News' Bill O'Reilly.

Ah, who could forget the notoriously inaccurate and racially-insensitive tweet he shared on Black crime rates back in November?

5. And, alas, your daily reminder that Trump previously suggested Muslims be required to register.

He also claimed that they cheered while watching the towers fall on 9/11 — all while still not being too sure President Obama was born in the U.S.

It’s also important that “Bernie or Bust” supporters recognize how the current political system is bogged down and rendered inefficient not only by stubborn conservatives, but by liberals who are unwilling to compromise when they must as well.

I wholeheartedly agree with Sanders’ supporters’ main talking point that it’s high time for the current political system and its lack of inclusiveness to be overturned.

[S]ince Clinton has so alienated a third of Sanders’ progressive base, it’s high time for her to rethink some things, too.

Frankly, a Sanders presidency on its own would never be enough to bring about a new, inclusive political system — so let’s try our best not to enable a Trump presidency, shall we?

“Bernie or Bust” might have the support of Shaun King, but “If-Not-Bernie-Then-Hillary” is championed by the likes of actor and activist George Takei and former Secretary of Labor Robert Reich. Then there’s The New York Times on the extreme end, calling for Sanders to drop out right now altogether, but I doubt even Clinton’s staunchest supporters could possibly resent democracy enough to support that... Right?

At the end of the day, I still passionately resent the idea that any candidate should be identified as simply inevitable.

But it’s time for the 33% who constitute the “Bernie or Bust” bloc to rethink their priorities and (hopefully) think better than to contribute to a Trump presidency. On the other hand, since Clinton has so alienated a third of Sanders’ progressive base, it’s high time for her to rethink some things, too.

Who knows, maybe challenging her to move to the left on certain issues could be even more productive than shaming the “Bernie or Bust” faction. If her political career, built around a notorious tendency for flip-flopping, proves anything, it’s that, at the very least, she has a real skill for adaptation.

And ultimately, I also resent the idea that, should Sanders fail to win the nomination, all he has achieved in the past year will be reduced to a “bust.”

He’s brought global attention to previously almost-unknown issues, and invigorated a generation that was formerly known for its political apathy.

The effects of these stellar achievements will be felt long after the election season has come and gone.