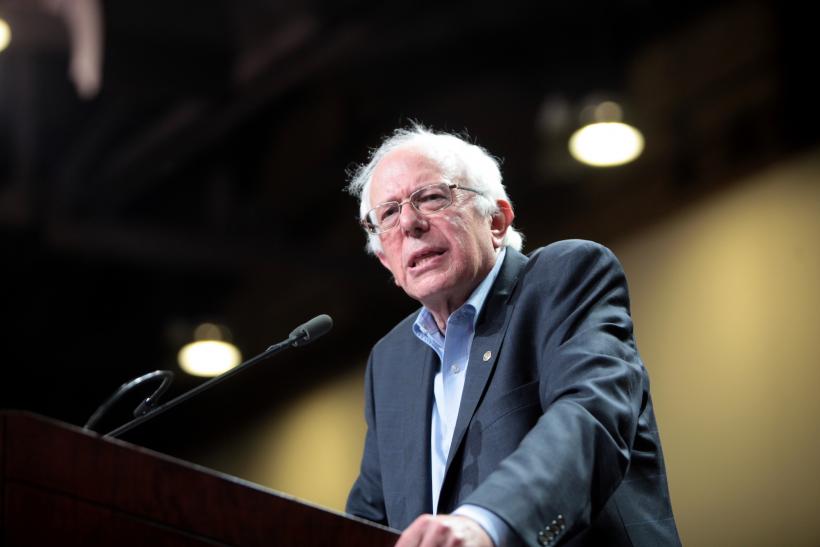 Put simply, his platform directly addresses conditions millennials have struggled with all their lives, offering immediate change, rather than gradual proposals.

Millennial Bernie supporters are calling for reforms because they understand how important it is to tackle previous generations’ mistakes.

It’s a well-documented fact that the majority of Democrats under 30 support Vermont Senator Bernie Sanders.

From the earliest races in the primary, he led with this demographic by 6-1 margins in Iowa and Nevada, 5-1 margins in New Hampshire, and 54% to 46% in South Carolina. He also shocked many with his emphatic popularity among millennial women, on whom the Clinton campaign was understandably banking.

As the democratic socialist struggles to catch up to Clinton’s delegate count, supporters can at least take solace in the likelihood of his policies dominating the Democratic Party’s future.

Whether it’s their sharply antiwar stances, pessimistic views about the economy and college affordability, or their support for socialist principles and marijuana legalization, millennials' views make sense: Just consider recent disasters like the Iraq War, the 2008 economic crash, or the War on Drugs.

But with older critics (moderate and conservative) already deeming Sanders’ platform “unrealistic” and “entitled,” the fact that his supporters are predominantly millennials opens it to even greater criticism.

However, this criticism is not without twisted irony. Millennials might often be stereotyped as idealistic, naive, and coddled, but their political stances ultimately reflect their experience of suffering the consequences of the political decisions made by baby boomers and Generation X.

Millennial Bernie supporters are calling for reforms because they understand how important it is to tackle previous generations’ mistakes.

What millennials believe in

Whether it’s their sharply antiwar stances, pessimistic views about the economy and college affordability, or their support for socialist principles and marijuana legalization, millennials' views make sense: Just consider recent disasters like the Iraq War, the 2008 economic crash, or the War on Drugs.

And beyond economics, the long-term consequences of historically right-wing political movements have arguably pushed millennials to be more progressive on social issues.

The Iraq War and other Middle Eastern entanglements, costly both financially and, of course, in terms of human life, have unfolded throughout every millennial's life and informed their attitudes toward foreign policy.

With the 2000s came the rise of Tea Party ultra-conservatives, and arguably an increased political polarization on social issues like marriage equality and abortion rights.

Whatever your personal views, there’s no denying that religion is an intense source of partisanship and inefficiency in the modern political sphere.

Perhaps it is not surprising that millennials have become increasingly indifferent towards religion, and resistant to religious groups' attempts to influence in government policies relating to sexual orientation and bodily autonomy.

And from President Obama’s historic prison visit to recent discoveries about the racially-charged motives behind the War on Drugs, it should come as no surprise that most millennials are ready to see marijuana legalized. Legalization would rein in mass incarceration and benefit poor communities of color; Clinton’s unwillingness to fully support this doesn’t go unmissed by millennials.

The Iraq War and other Middle Eastern entanglements, costly both financially and, of course, in terms of human life, have unfolded throughout every millennial's life and informed their attitudes toward foreign policy. When one considers how eight months of the Iraq War cost an estimated $262.8 billion, enough and then some to fund public college, millennial antiwar sentiments make sense.

And as if Sanders weren’t already the most obvious choice for millennials discontented with the status quo based on his stances on foreign policy and marijuana, Americans under 30 responding to a YourGov survey favored socialism over capitalism 43% to 32%.

This may be difficult to believe until you consider the toll of spending most or all of your adult life living through the consequences of the 2008 economic crash, which was a direct result of the excesses of capitalism.

Capitalism has always been associated with democracy, but in the same vein, many millennials also understand a democratic society to be one in which they have the rights to higher education and affordable housing — luxuries enjoyed by previous generations and every industrialized nation in the world.

And as young Americans continue to struggle and demand more, Obamacare — a step in the right direction, but one that ultimately still leaves 33 million Americans behind — loses its appeal when juxtaposed with universal healthcare.

Bernie's platform directly addresses conditions millennials have struggled with all their lives — not with gradual proposals, but immediate change.

How does Sanders fits into this picture? Well, the Vermont senator is the only candidate who's been open about being neither Christian nor “particularly religious,” and he's supported LGBTQ and abortion rights since the 1970’s. Similarly, he has supported and continues to support marijuana legalization.

Perceived as “weak” on foreign policy by many pundits, Sanders’ non-interventionist approach emphasizing a focus on the domestic front makes more sense to predominantly antiwar millennials than Clinton’s hawkish goals and record.

And ultimately, when it comes to universal healthcare, student loans, tuition-free public college, and reining in Wall Street, Sanders again comes out on top as the more progressive — and, thus, more favorable — choice to millennials.

Put simply, his platform directly addresses conditions millennials have struggled with all their lives, offering immediate change, rather than gradual proposals.

Sanders comes across as a more empathetic figure to millennials shouldering loans and economic burden, given his own modest background as the son of poor Jewish immigrants based in a rent-control Brooklyn apartment. This is in stark contrast with Clinton’s privileged origins and (at times condescending) remarks attributing millennial support for Sanders to ignorance and entitlement.

The same generations that enjoyed a housing boom and could easily afford college tuition with summer jobs are too often the ones who characterize millennials as lazy and entitled, demanding “free stuff” and “asking for too much.”

Sanders has repeatedly proposed a model of raising and enforcing taxes on the wealthy; demilitarization; and legalizing and taxing marijuana to raise $15.3 trillion to invest in education and public health.

The guiding principle that the government is obligated to provide certain public services is a relatively pervasive one among industrialized nations around the world.

Yet Sanders’ platform and supporters continue to be labeled as “unrealistic,” while older critics continually fail to acknowledge how historical economic approaches are almost directly responsible for the rampant and dangerous wealth inequality that defines our modern economy.

The unique irony of shaming millennials for supporting Bernie

The same generations that enjoyed a housing boom and could easily afford college tuition with summer jobs are too often the ones who characterize millennials as lazy and entitled, demanding “free stuff” and “asking for too much.”

And let’s not even pretend these ageist characterizations lack both sexist and racist undertones.

You’ve heard Republicans link African-Americans with an affinity for “free stuff” one too many times, and surely you’ve heard women demanding fair wages and negotiating power told they’re “asking for too much” — almost always by someone in no position whatsoever to empathize.

The stereotypes against millennials are as condescending as they are ignorant.

Mobilizing for the future

Unsurprisingly, the Harvard Institute of Politics reported that roughly half of millennials believe the American dream is dead, and that they are deeply disillusioned with the state of American politics.

Sanders has stepped up to face this widespread alienation, and his calls for political revolution are met with record millennial turnout and immeasurable, enthusiastic support.