It’s Not Your Right To Comment On My Singledom 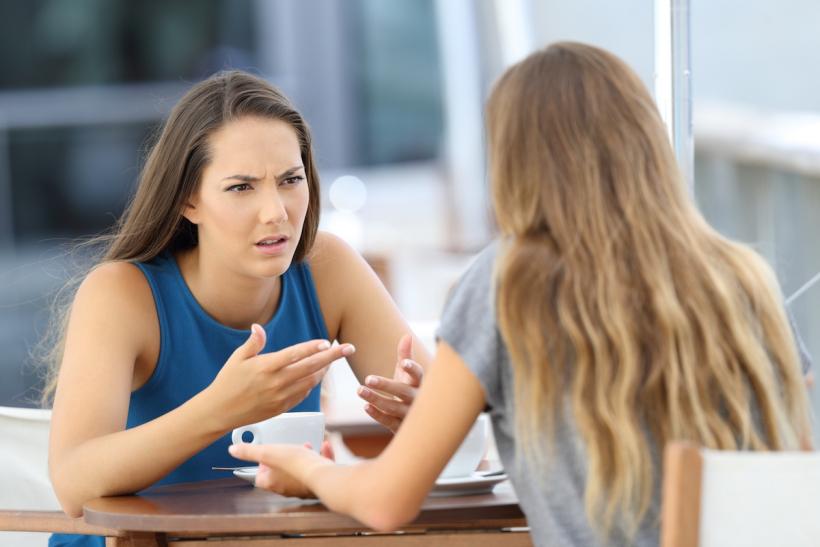 Unless I’ve asked for advice specifically (or you know me so well that I don’t have to ask), you don’t have the right to comment on my singledom.

It was at my 10-year high school reunion when I was first hit with a singledom stinger.

I just stood there and stared while she regaled me with how wonderful her marriage was, and how being a mom was the best thing in the world. Then she actually said the ‘I’d get there someday’ thing, like she was giving me some kind of shitty encouragement trophy.

If I was less in shock I might have said something. Like how I was actually happy being single, or even asked if her marriage was really as happy as she made out, but instead I just sat there and smiled; said “You bet!” a few times.

Apparently, being single means having a neon sign above your head saying “Please! Tell me what to do with my life!”

And it needs to stop.

What makes coupled up people think we single folk need their unsolicited advice? I don’t feel like I need to walk up to married people and say “Oh… you’re married?” *pity face*. “It’s okay! You’ll have your freedom again soon!” That’s condescending as all get out, and you’d probably want to slap me if I said it to you.

So why is it fine for those in a relationship to say it to me?

Let me break down the list of things people feel the need to comment on for you, so you can get an idea of how tiring it is.

“How is it possible you’re single?”

Don’t know, buddy. Could be because I refuse to date assholes.

What? Being in a relationship? Maybe; but even if I did, how is that your business? And if you’re asking about sex, you needn’t. I get plenty; and again, none of your business. You know what I don’t miss? Being stuck coupled up to someone who treats me like shit.

“People in their 30s must be single for a reason.”

“I wish I was single again!”

Really? Okay, go tell your husband that then, rather than a total stranger.

“Why don’t you put yourself out there more? Join a group?”

Sure, that’s my problem. My already busy life isn’t filled with enough crap. If I take up a hobby I don’t like, let alone have time for, I might somehow meet Mr Right… Also I’ve probably tried it and quit already.

Thank you so much for reminding me of that, I just love it when people comment on what my ovaries are doing. Shall we talk about your periods now?

“What are you waiting for?”

How about someone who actually like who treats me right and is good enough for me to want to give up my freedom for. Did you ever think about that?

These comments aren’t always from close friends or family, either. Sometimes complete strangers think they have a stake in my relationship status. It’s bloody baffling.

What never seems to occur to people, is that singles could possibly be happy with their status.

That maybe we’re single because we don’t want to settle. Because we’d rather be on our own than trapped in a bad relationship. That we like our own company, and our freedom. That we enjoy our ability to sleep with whomever we want, and still go home to our comfy bed without having to tolerate someone else’s snoring.

Getting married and having kids isn’t a status symbol that you’re winning at life. It doesn’t mean you get to cheer me on from the sidelines to “finish the race” just because you think I should have my eyes on the “prize”.

And even if I really do want to get married and have kids, don’t you think passing comment on how single I am would be rubbing salt in the wound? Let’s draw attention to what I don’t have, and how great you feel for having it! What a fun game!

Even words of encouragement come off as condescending here. “There’s plenty more fish in the sea,” becomes “So why haven’t you found one yet?” And “You’re having way too much fun to settle down,” turns into a way to make someone take stock of their life and find it wanting.

Images via instagram.com and tumblr.com.

If you like this article, please share it! Your clicks keep us alive!
Tags
singledom
being single
single
Friends
happiness
dating