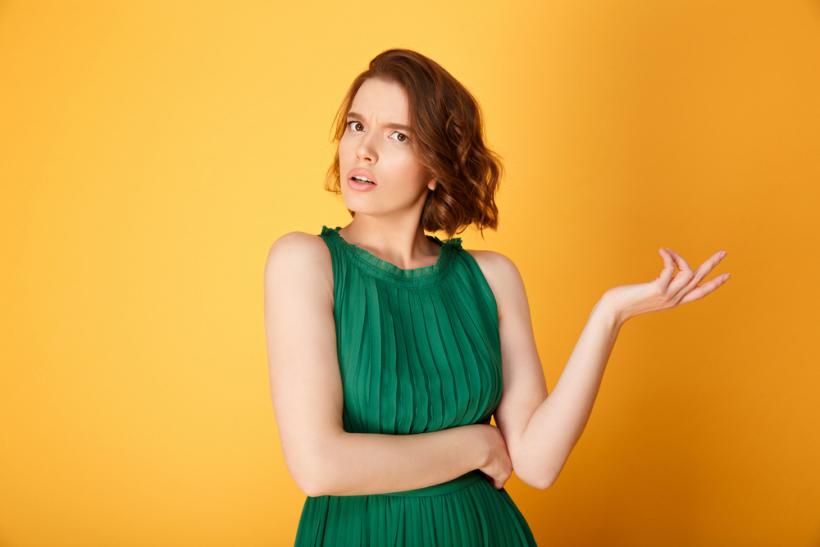 Could my exes have learnt how to love someone fully and completely through their trial run with me?

You know the movie Good Luck Chuck? Let me refresh your memory…

The year was 2007, and Dane Cook was pretending to be a romantic lead instead of a gross-out comedian. He played Chuck, a guy girls would date because rumor had it they’d meet The One and get married immediately after breaking up with him.

Where am I going with this? Hi, nice to meet you I’m Good Luck Chuck. Or the female version at least. (Lucky Liz? Nope that makes it sound like I am the one who is lucky and let me tell you, I am not.)

See, I have a bit of a history.

I date men, sometimes for years. They marry the very next woman they meet.

Sometimes it’s a longer engagement. Sometimes they’re married within months of us breaking up. After years, years with me.

So I guess what I want to ask is: What the fuck is wrong with me?

Now I know this sounds really defeatist, and like I am playing the victim. But seriously after the third or fourth time you spot one of your exes walking down the aisle with the girl who was supposed to be Miss Rebound, it kinda starts getting to you. Like a lot.

Like what the crap does that biatch have that I didn’t?

“But Liz,” I hear you say. “It’s not your fault. They just weren’t right for you. Plenty more fish in the sea, blah, blah, blah.” You’d be right of course. But that doesn’t change the fact that it’s mighty suspicious how many times I’ve dated men who’ve married the girl right after me.

As I go through the list of men I’ve been with, I think the only ones who haven’t married Miss Next In Line were my very first boyfriend Mr First (we were 16 and getting married would have been a pretty bold statement at that age) and my most recent partner, Mr Narcissist.

Or at least I don’t think he has, I’ve literally not seen or heard from him since the second we broke up (a feat of which I am pretty damn proud). Knowing my history, despite him being a massive commitment-phobe when we dated, Mr Narcissist could very well be suiting up and walking down the aisle as I type this. (Although seriously, if he gets married before me I swear to god I’ll cut a bitch.)

Through the years, I’ve heard every excuse under the sun. “One day, we’ll get married,” (seven years later I was still waiting for “one day”). “I’m totally committed to you, I’m just not sure I am the marrying type,” (that one’s on me for staying, but funny thing… turned out he was the marrying type a few months after we split). Even, “This time next year we’ll be engaged!”

And then every time, almost without fail, there’s Mr “I just don’t think I believe in marriage,” staring back at me on Facebook, posing with a blissfully happy smile next to the girl he met (possibly even mere seconds) right after me.

Or in one case, while he was still seeing me, but that’s another story.

So I chatted to my three ever-faithful besties, Miss Optimist, Miss Realist and Miss Tough Love over brunch one day. (Yes I have three besties, we brunch, I am a dramedy series waiting to happen. Netflix, I’m expecting your call).

“You’re The One Before The One!” Miss Realist gasped after I finished listing all the men who had married the very next woman they met.

Great. I was practically a meme.

I was exasperated. “It’s not fucking fair!” I whined. “I put up with all their shit, with the promise of marriage dangled in front of me, sometimes for years, and we break up and suddenly some other woman gets my damn reward?”

“Would you have really wanted to be married to them anyway?” Miss Optimist said. “I think you dodged quite a few bullets there.” Well yes good point, but what was it about me that made people not want to get married, and then do a complete 180 with the very next girl?

Then Miss Tough Love spoke up. “You know what this is, right?” I stared blankly. “It’s because they were with you that they get married to the next girl.”

I groaned. “Oh my god, so there is something wrong with me.”

“Um no you idiot, it’s quite the opposite I think,” she explained. “I think it’s because there’s something right with you. You’re a good human. I think you teach others around you to be good humans… granted you do it with a lot of swearing and sarcasm but underneath it all, you’re kind.

“You’re not afraid to express yourself and tell people when they’ve hurt you. I think by the time these dudes leave you, they’ve gone from uncultured mama’s boys to functioning humans, ready to go out into the world and adult… Well, except Mr Narcissist.”

I thought about that for a bit. Without wanting to blow my own horn, could there be something to this? Could it be less Good Luck Liz, and more just Good Human Liz?

After much thought and contemplation I decided as much as I wanted to take credit for turning my exes into grown-ass adults, I couldn’t.

But what I could do is realize that if I look back at each of my relationships, I’ve learnt something from each of them. Mr First taught me 16-year-old boys say dumb shit when they want to get laid. Mr First Love taught me that with love comes pain, but I’d rather have had both than neither. Mr Athlete taught me to trust my instincts and listen to my gut. Mr Narcissist taught me to stand up for myself and not lose myself in a relationship. And all the men in the middle taught me to be more choosy when it comes to men.

All of these things have made me a much better person and, when the time comes, will have made me much better at navigating all the stuff that comes with relationships, both good and extremely shitty.

Could my exes have learnt how to love someone fully and completely through their trial run with me? Could the ways that they hurt me have helped them to have more empathy next time around? Was it me? Were we just not suited? Is all this analysing fruitless because it all comes down to timing and luck? I’d say a little all of the above. It could also just be that by the time we split, they just felt like it was “time” to bow to social pressure and get married. Or it could be total and utter coincidence that after me, these men each met the one woman that made their hearts light up and say “This one”. The truth is I’ll never know.

Maybe it all comes down to timing.

They met someone after they learnt all the things, while I stayed at home to watch Netflix. If I could meet a kind, cute and funny guy in my living room without the superficiality of Tinder, that’d be real nice, thanks universe.

In the meantime guys, if you want to get married (or even if you don’t), form an orderly line. It won’t be with me, but as soon as we’ve split you’ll meet the woman of your dreams.

If you like this article, please share it! Your clicks keep us alive!
Tags
exes
breakups
moving on
Self Esteem
single