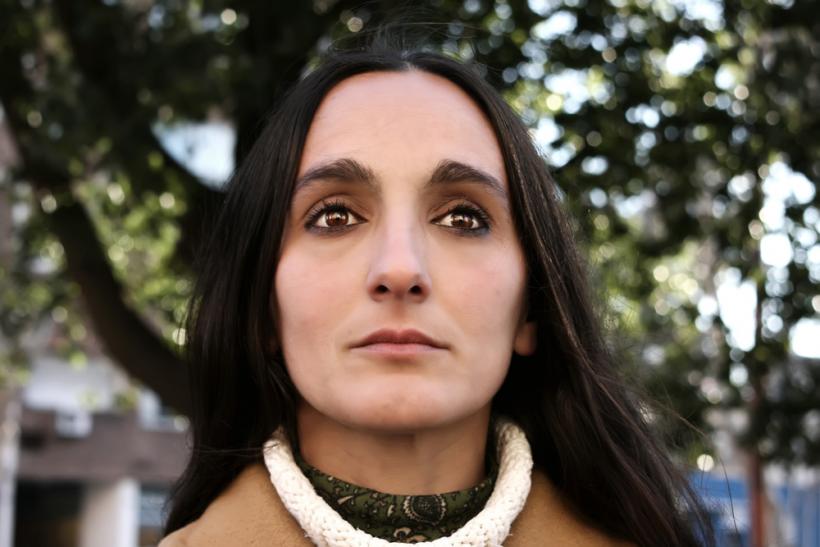 All of the other times I had been cheated on had altered my mind, and the way I thought. This one changed my heart.

I will never forget the first time I found out my first boyfriend was cheating on me.

Over the course of my life there have been many more boyfriends and many more affairs exposed, but the first one is seared on my brain forever.

We were high school sweethearts. We’d actually met in grade school but since he was transferred after a year he’d forgotten I existed. But my eight-year-old heart remembered… mostly because all the other kids had sung the K-I-S-S-I-N-G song to me after I inadvertently sat next to him in class and I was so embarrassed.

Years later, I was handing him his change while working the night shift at a local Blockbuster Video and he asked me to prom. I said yes because duh.

We dated for a year or so after that, and our friendship groups melded together. My best friend started dating his best friend and it felt like this was the way it would be forever. Our perfect 1990s sitcom existence.

Until one day I was at his house and the phone rang.

And even though I had no cause for alarm, all the hairs on the back of my neck stood up.

That night I went to work and still felt uneasy but couldn’t pinpoint why. Then I got a phone call from my best friend. “Hi… Listen, I am really sorry to have to tell you this but [Mr First] cheated on you. At a party. Cate saw him kissing someone. I am so sorry.”

And my stomach felt like it fell out of my ass, through the floor and right to the core of the Earth and I started to cry. More like sob. At work. While taking late fees for someone’s returned copy of 10 Things I Hate About You. FML.

Turns out that mysterious phone call had been my bestie forcing her boyfriend to call mine, after which she snatched the receiver, told him she knew about the cheating and if he didn’t tell me, she would.

He didn’t tell me. She did.

And ladies and gentleman all my relationship issues, insecurities and all manner of other love fuckery can be linked back to that one goddamn sentence.

Think about the damage that one sentence can have on the mind of a newly sexually blossoming young woman. “Don’t worry that I cheated on you darling, it’s natural, when men have sex they stop being interested in you!” It’s like one of those fucked up 1950s advertisements telling silly women that their husbands putting their penis inside another woman should be celebrated with a big slice of apple pie.

So when my next serious boyfriend (who we’ll call Mr Athlete) had little to no interest in sex because he was always so tired after training, I wasn’t worried at all. My friends made fun of me that we had a scheduled “sex night”, but I was happy in the knowledge that if we didn’t have sex all that regularly, he wouldn’t get bored of me and leave me.

Oh past Liz, you fragile, naive, beautiful fucking idiot. Turns out Mr Athlete wasn’t having sex with me because he was having sex with someone else, who he left me for. (After breaking up with me with a grammatically incorrect text message that said “Your dumped” but that’s another story).

In no-one we trust

Then came Mr First Love. You know the one; he’s the guy who makes your heart do the goddamn cha-cha in your chest when you see him; the one who makes you realise you had no fucking idea what love was before; the one who makes you feel like no one in the history of the world has ever loved this much. (You’re being a naive idiot again, but fuck it, you’re in love).

This one was different. I never suspected he would ever cheat on me. My anxieties were still there in the background but somehow quieter around him. I spent my whole twenties with him, talking eagerly about marriage, naming our children, planning our perfect life.

And like the high speed collision on a busy freeway that you never saw coming, the news of his three-month affair with a much younger colleague shattered my life.

All of the other times I had been cheated on had altered my mind, and the way I thought. This one changed my heart.

He apologized, begged for my forgiveness, pleaded for a second chance, all of which I gave him. He promised he’d work hard to earn back my trust and for a while he did. But that’s just it… when you scrunch a piece of paper, you can never fully make the creases go away. I was crumpled and as much as he tried to smooth me back over, it didn’t work.

Whenever the phone rang, I’d think “Is it her?” Whenever he got a text, my heart would race. Whenever he would say he was going out with the boys, I would wonder if that was true.

My need for physical affection deepened and if he ever didn’t fully commit to a kiss or was half-assed with a cuddle, I’d assume he was cheating on me.

Which it turned out he was. I know how to pick ‘em, folks!

Cheating and not telling someone about it is one thing, but nothing damages a girl’s belief in herself and others more than being cheated on by someone while that someone is trying to prove to you that they’re not cheating on you. “Would you like to supersize that betrayal?”

At the very start of our relationship I’d said to Mr First Love, “Listen, I’ve been cheated on a lot. If you ever feel like you want to kiss someone else, or sleep with someone else that’s fine, but just dump me first. Even if your mouth is a half inch away from hers, pick up the phone, text me it’s over and get to kissing. Because the lies are worse than anything else cheating brings up for me.”

I meant it. And the fact that he still did that broke me. And there went my self esteem. What was wrong with me? Why wasn’t I enough?

How being cheated on has changed me

Now you’re probably thinking “Oh hell, this girl must be some sort of man hating, non-trusting ball of anxiety when it comes to dating!”

I spent a lot of time working on myself to try to make sure I can tell when anxiety and suspicion is warranted and when it’s all in my head. Sort of an “alert not alarmed” thing.

One of the hardest things to bring back up was my self-esteem. The experiences with Mr First, Mr Athlete and Mr First Love all damaged my sense of self in different ways. I thought my body wasn’t good enough, or that it was too much and I needed to tone down my sexuality. I worried getting older was the reason Mr First Love had gone for a younger model. I thought my personality must be somehow driving these men away. I lost my faith in how kick-ass awesome I actually was because I had begun to place my value in how my men saw me.

After a lot of soul searching (and a lot of therapy) I realise the cheating had nothing to do with me. I was then, am still now, and will forever be enough. And if someone says I am too much or not enough? They’re totally wrong for me and should be booted from my life post fucking haste.

The one that changed me the most was the double betrayal from Mr First Love. Because I took a chance on forgiveness that didn’t pan out, it does take longer for me to trust people. But by the same token I do a lot more assessing when I meet someone, which is a positive thing. It means I can weed out the people who aren’t right for me a lot quicker.

When it comes to being in a relationship, I am always completely honest about my past when the time for vulnerability comes. (Do not I repeat do not even think of bringing up baggage on a first date. It will not end well trust me). I explain I’ve been badly hurt and that sometimes I might need a bit more reassurance or affection than normal because I am stuck in my own head. (I figure if he is not okay with this, then we won’t be a good fit anyway.)

The truth is, I do sometimes spot “red flags” that aren’t actually there because I am expecting to be hurt. I get anxious if someone doesn’t call when they say they will. My heart beats faster if I see a girl’s name come up on text a little too often. If we fight, I might assume I am about to be dumped, or worse, yell “Maybe we should just break up then!” to try to get there before it gets done to me.

But also quite often all it takes is a quick “We’re all good honey,” or an “Everything’s fine” to snap me out of my spiral.

We all have baggage. I’m just looking for baggage that matches mine.

If you like this article, please share it! Your clicks keep us alive!
Tags
cheating
affair
infidelity
lying
toxic relationship
unfaithful