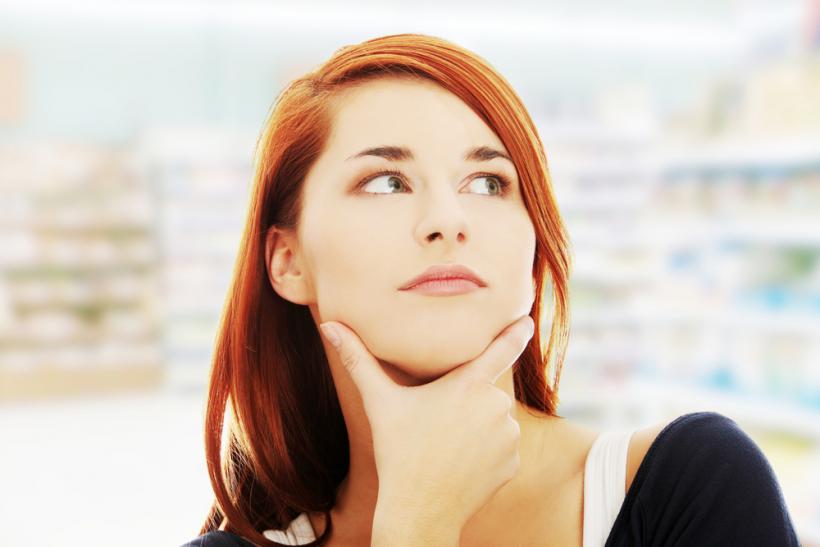 I began to wonder if I was defective, if maybe I was only able to be attracted to horrible men.

I’ve always scoffed whenever I’ve heard the phrase “Nice guys finish last.” “Come on!” I would think. “Doesn’t everyone want a nice guy? Someone who treats her right and isn’t a complete asshole? How can nice guys not win all the things?”

And yet, time after time I meet someone, fall in love only to find out that my Prince Charming was actually just a toad in disguise, a wolf in sheep’s clothing and every other beast-hiding-in-plain-sight metaphor I could think of. Why do I keep falling for these losers? These guys who start off treating me like a princess, only to have me acting like handmaiden to them by the end.

And when I was unceremoniously hurled back into the dating world at the age of 32, I was sure I’d learned enough from past relationships that I’d be able to choose more wisely. And when it came to my head, that was indeed true. But my heart? And my lady parts? Welp, they were still attracted to the type of men you don’t want to bring home to your mother, apparently.

After dating narcissists and cheaters, I was absolutely sure this time around I’d be able to spot the red flags of douchebaggery from a mile off. It was a feeling I was more than confident of when I sat down to dinner for my very first date in four years.

We talked, we laughed, we had a wonderful time. We had a lot of things in common… a love of travel, a fondness for creativity and the arts, an affinity for cooking and food. Not only that, seemed perfect on paper: a doctor, who had fashioned his work life so he wasn’t a workaholic; a man who believed in marriage and commitment, who also wanted to have children. “Yes!” my head thought. He was all the things I wanted and he seemed to be a genuinely good human. And yet… my heart remained unfluttery. The butterflies in my tummy remained still. And my lady parts … well they didn’t even stir. In fact, when I thought about having sex with this man, my body shouted a resounding no.

When Mom asked me how my date went later that week, I told her that although it was fine. “Fine?” she said. “Just fine?” I confessed that even though he and I looked good on paper, that our date was decidedly… beige. “Well colorful can come from beige,” she said. But I’d already made up my mind. There was no spark, I wasn’t physically attracted to him and the last thing I wanted to do was lead someone on.

This wasn’t the last time this happened either. I went on more than one date with men who seemed perfectly lovely, but I felt a profound absence of feeling. I began to get very angry with myself. Why didn’t I like these guys? They seemed nice. They seemed kind. But they made me feel nothing. What the fuck was wrong with me?

Many dates later, I finally started chatting to someone on Tinder who I really felt like I clicked with. He was funny, intelligent, even matched my level of sarcasm and dry humor. We had excellent banter and every time he texted me, my heart would do a little dance.

When we finally arranged to meet up, I was pretty bloody excited, something that hadn’t happened on any of the previous dates.

The second I laid eyes on him, I felt a little jolt of electricity go through my body. This guy wasn’t any kind of Adonis or anything but I was nevertheless attracted to him instantly. As the night wore on, we had wine, we laughed, we realised we had a hell of a lot in common. He asked me to come up to the rooftop of the bar and I said yes.

He put his arm around me and told me this was his favorite spot in the city. He said he was glad I was there to share the view with him. He talked about what we were gonna do on date number two and three. I let myself get cautiously excited. He didn’t try to get me to sleep with him, or even try to kiss me. If he had have I probably would have gone with it at that point

In the cab on the way home, he texted me to tell me what a wonderful time he had. I texted back the same.

Then five minutes later I got another text. “So I probably should have told you but I’m only looking for friends on here.”

“Sorry,” I replied. “You’re only looking for friends? That’s not how it felt on our date.”

“Yeah I can’t help it if you read into things.”

What followed was a shitload of gaslighting on his part, blaming me for getting the wrong idea even though he was the one talking about future “dates”. Telling me he put his arm around me because I’m “an attractive girl so he couldn’t help if a little affection just leaked out.” Gross. I asked if he’d just wanted sex and gotten pissed off when that hadn’t happened (even though he hadn’t even tried anything). He said no, he’s confident enough to ask for sex if he wants it.

So what the fuck gives then?

In the following hours I looked over my dating history and wondered why the hell I kept getting all excited over men who turned out to be complete jerks, and remained completely unmoved by men who by all accounts seemed really nice.

I began to wonder if I was defective, if maybe I was only able to be attracted to horrible men. Maybe I would never find someone who would treat me the way I deserved to be treated because I kept falling for men who would wind up treating me like shit.

And now? I’m still a little worried. What if I am only attracted to men who treat me like shit? I mean, I’ve learnt a lot from my past relationships and truly believe that if someone outwardly started treating me poorly that I would dump them quicker than you can say “fuckboy”. But how do I tell from the start if they are going to wind up being awful? Why do I desperately want someone kind, yet seem to be drawn to dudes who turn out to be the devil incarnate?

Literally the number one thing I want in a relationship is kindness, and yet I keep getting excited by people who seem kind but turn out to be sociopaths only mimicking what they think feelings are.

What if I am doomed to repeat old patterns forever because I’m not capable of falling for the nice guy? And the worst thought of all, if I meet someone who actually is really nice, how will I stop my anxiety from telling me they will end up being assholes?

The truth is, I don’t know the answer to any of these things and the future scares the shit out of me. But because I also have hope, I’m going to keep putting myself out there and trusting that I’ve learnt enough to make sure I don’t enter damaging relationships anymore. It’s a numbers game, and if I keep playing I’ve gotta win sometime. Right?

If you like this article, please share it! Your clicks keep us alive!
Tags
assholes
dating
fuckboys
emotional abuse
toxic relationships