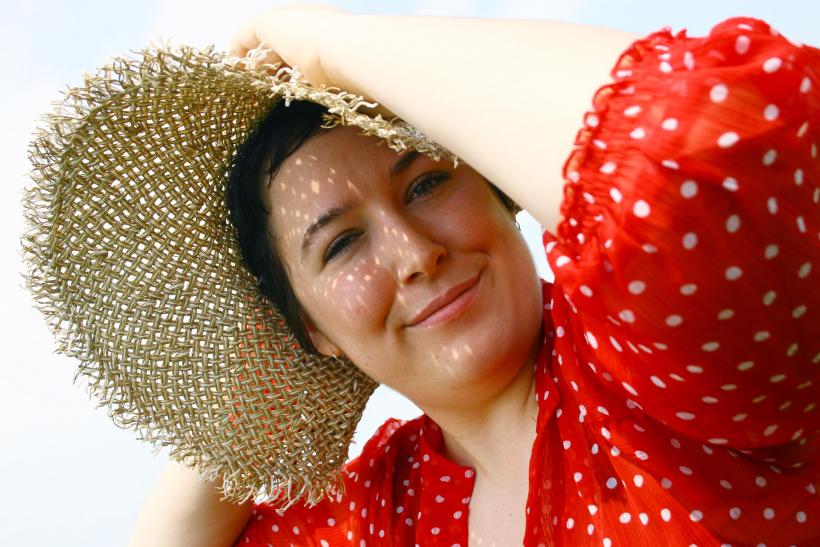 For me, it took leaving the city in order to love my rawest self.

I’m walking to the village shop down the road. The concept of a “village shop” still makes me chuckle as I make my way over 300-year-old cobblestones and around large piles of horse and cow crap. Before leaving New York City for the countryside, I was accustomed to seeing a store on every corner. Trader Joe’s, Whole Foods, Gristedes, the West Side Market, Duane Reade, you name it.

Although stocked with all the essentials — pasta sauce, fresh vegetables, locally sourced bacon, Cadbury chocolate — this place is no bigger than a small, single bedroom, yet it doubles as a post office. School has just wrapped up for the day, and I know it’ll be packed.

Kids and tweens will be picking up ice creams to celebrate making it through yet another day of academia. Grownups will be buying any number of ingredients for dinner. The family who runs it all will be scrambling to print an international shipping label for a package while checking out a woman with six boxes of cereal on the second of two manual registers.

It occurs to me, as I stand on my tiptoes to get a bottle of toilet cleaner off a top shelf, that I’m not wearing any makeup. I’m rocking leggings and a tatty old sweatshirt. My hair is in a messy bun, unwashed and unruly. I’m also surrounded by humans. They’re everywhere. And I’m not even a little bit uncomfortable or anxious.

After this stop, I’ll actually be out and about for the rest of the day. I need to deposit some money at the bank, pop into the town center to meet a friend for lunch, and visit my in-laws. Yet I have no intention of changing my clothes or putting on a full face of cosmetics.

Back in New York, the idea of “waking up and going” would’ve seemed a thing of dreams, or maybe nightmares.

Or, rather, a thing for petite, conventionally attractive women who might be deemed “cute” and “casual” for their aesthetic choices by passerby, colleagues, and even friends, instead of “sloppy” and “lazy.”

As a fat person, I’ve long felt pressure to present hyper-femininely at all times: To assume my right to womanhood regardless of my size via frilly dresses and red lipsticks and kitten heels. I’ve long felt the need to look put-together to be treated better — more respected — in public, at work, at the doctor, and with certain family members alike.

I’ve taken my right to pretty clothes, shoes, and beauty products, perhaps in part out of self-preservation. But perhaps also because loving my body felt easier when I decked it out in glamorous looks: When I replicated conventional standards of beauty in everything but my figure itself.

Before living in rural England, I almost never would have left the house without makeup on. I would never have left in sweatpants. Even after immersing myself in fat positive literature and spending much of my life tackling the subject in my own work, being seen in my rawest, most un-retouched form remained difficult.

I suppose I was afraid that a makeup-less face or messy style would make it more difficult for folks to listen when I proclaimed that every body is beautiful, or that every fat person deserves to wear whatever the f*ck they want.

Or live however the f*ck they want. Maybe I also found it difficult to apply the same concepts to myself when I wasn’t playing into a narrative of “pretty.”

Don’t get me wrong: I love experimenting with and wearing makeup. Few things fill me with as much instant joy as unwrapping a box of clothes that has just come in the mail. Seeing the first sliver of tulle or sequins or soft fabric is an adrenaline rush, and as I put any piece of beautiful clothing on my body, I want to go back in time and tell a younger, uncomfortably-dressed version of myself that, someday, she’ll be able to wear amazing sh*t. I do not wish to devalue the power of beauty and fashion because both possess a lot of it. Both have the potential to incite self-expression. Both have done so for me.

For me, it took leaving the city in order for that to happen. The thing about New York is that, if you’re already prone to anxiety and have a history of complex body image, it can make for a difficult place to work and live. It’s a city of commercial fashion. Of media. Of business. Of modeling. Of aspiration. Often, of narrow views of success.

It can also be a thrilling, beautiful place. But it’s a hard one. I lived there on and off for eight years, and I never felt like I could just be. The pressure to play the game was so palpable, and I lost the ability to see worth in myself when I wasn’t performing.

I can still remember rushed early morning trips to the grocery store nearest our Brooklyn apartment. The few times I made it there without any makeup on and still in loungewear, surges of nausea would wash over me. It was the same nausea I experienced when unexpected visitors would ring the doorbell before I’d showered or when I couldn’t bear to put on powder foundation for work after having the flu.

I haven’t had that surge of nausea in the 12 months since I’ve lived in the British countryside. The climate and terrain here inspire practical dressing. Most often, people wear rain boots and raincoats and sturdy jeans, lest they want to get soaked in the elements or covered in farm animal excrement.

My little corner of the country is highly liberal as well. Our town is the lesbian capital of Britain, and it is wonderful. It’s full of Second Wave feminists, many of whom have eschewed makeup altogether because they just can’t be bothered. It’s full of young feminists-in-the-making. It’s full of a kind of tolerance I’ve never come across in the places I’ve lived before. So if I want to wear a full face one day, I can. No one will typically judge that. But if I don’t want to, that’s fine, too. I’ll still fit right in.

The ability to dress and present myself as I wish, on any given day, is one of the most valuable things I’ve picked up from being here.

I’ve always felt that, at their core, there doesn’t have to be anything wrong with beauty products or tight dresses or even heels. The thing that’s wrong is the imposition of them: The accepted notion that women and femmes “need” to participate in these things to be perceived as valuable. It’s an idea that I applied to myself for too long.

Now, I can exist in my body exactly as it is without having an anxiety attack. I can dress it up. I can dress it down. I can paint it, or allow my face to breathe a little. I can be in a sea of people and just be. I rarely, if ever, think about what they’re thinking about me. I needn’t perform for them or play any part. I can perform only for myself, and only when the mood strikes.

If you like this article, please share it! Your clicks keep us alive!
Tags
Body love
Body Positive
fat positive
makeup free
self-love

What Is Body Positivity? The Crazy Concept That Is Loving Yourself — VIDEO
Marie Southard Ospina