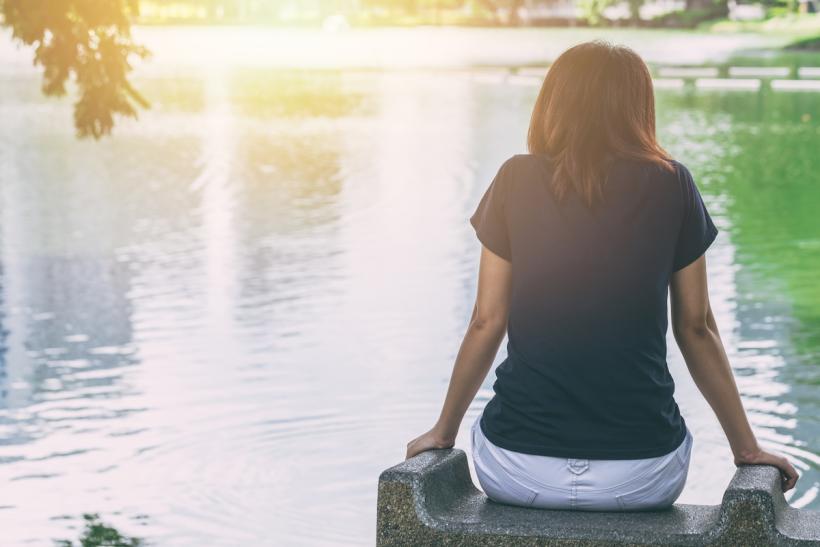 When I think about why none of my relationships ever seem to work out, the elephant in the room is my mental illness.

Not long after my marriage ended, I went out for drinks with a friend who’d been divorced for a couple of years already.

I was eager to discuss all the aspects of life after divorce: figuring out how to co-parent with your ex, jumping back into the job market, dating — everything.

Of course, we ended up mostly talking about dating. After swapping a couple of horror stories (we each had our share), she said something I’ve thought about many times since. “By the time they’re our age, all the men who really want to be in a relationship are in one. The ones available at this stage of life all have something wrong with them; men who know how to do it are already doing it.”

At the time, I thought this was a deeply cynical point of view, and secretly thought she was just bitter after going on one too many bad dates. But a tiny voice in the back of my head wondered whether she might be right. And another voice wondered, a bit more loudly, if the same couldn’t be said about us.

Maybe we were the ones who didn’t know how to make a relationship work.

I pictured my friend and me, along with the men whose faces we gamely swiped left or right on, tossed into the giant clearance bin of life together — defective would-be partners who’d been returned (or chosen to return) to the dating pool, while all the people who “knew how to do it” were happily acting out their chosen roles in nuclear families, looking like a J. Crew ad, smiling at each other in matching pajamas. My best friend, who’s in his fifties and has never been married — and who definitely qualifies as one of the men my single mom friend claims has something wrong with him — once referred to the two of us as “refugees from the Island of Misfit Toys.” I hated that. But was he right?

When I think about why none of my relationships ever seem to work out, the elephant in the room is my mental illness. Since I was a teenager, I’ve suffered bouts of depression and anxiety. It’s never been severe enough to be hospitalized, and mostly I’m able to control it with a combination of exercise, talk therapy, and natural methods. Part of me still flinches internally even writing the words, “my mental illness.” I don’t like to define myself that way. Still, it’s there. It’s why I ran five miles this morning, even though I had three deadlines looming over me. It’s why I’m careful to avoid caffeine and alcohol, try not to spend too much time online (difficult when you work online), and limit my exposure to the news. I have to take care of my mental health first, or I won’t be able to do anything else.

Is this why my relationships have all failed?

In recovery circles, they talk about having a “broken picker” — meaning, you’re attracted to the wrong people, people who won’t be good for you. I don’t have to think very hard about whether or not my picker is broken; my relationship history speaks for itself. But is that because of my depression and anxiety, or because I grew up in a dysfunctional family, or maybe because I’m just plain broken?

A friend of a friend posted a comment on Facebook recently, directed at a young relative who was lamenting her latest failed relationship. He told her she needed to focus on getting her life together. She needed to become independent, so she wouldn’t need to look to anyone else to take care of her, and she needed to be completely functional and fine by herself. Only then, he said, would she be able to find a partner. “Otherwise, men are going to sense that you’re needy, and no one is going to want any part of that.”

Related: 5 Tips For Dating If You Have Mental Illness

I thought of all the couples I know who are — or at least appear to be — in healthy, happy, committed relationships. Okay, maybe I don’t actually know how happy they all are, but they’re together. Were they all completely functional and fine before they met? Am I supposed to believe they were totally independent and didn’t need anyone? Did they all pass some sort of litmus test that meant they were worthy of being loved?

When you get to a certain point in your life and nothing is turning out the way you hoped; when the thing you wanted most in the world was to have a partner, and you still don’t have one, it’s easy to start wondering if there’s something wrong with you. And if you actually have evidence that something is wrong with you — a diagnosis of mental illness (which, by the way, hundreds of millions of people have) it’s easy to think that’s the reason you’re alone. That you’re not eligible, somehow, to participate in the thing most humans are driven to do — pair up and mate for life.

NAMI, the National Alliance on Mental Illness, devotes a whole section of their website to romantic relationships. “If you’re single, you may wonder if having a mental health condition rules out romance for you,” it says. “You deserve a loving, healthy relationship whatever your health history.”

Nowhere does it say that you shouldn’t be in a relationship if you have a mental illness.

It doesn’t say you had better get your life together because no one will want to come near you if you’re needy. Instead it says, “many people with serious mental illnesses have strong, supportive, long-term relationships. A good relationship provides valuable social support during difficult times, whereas a bad relationship can worsen your symptoms, particularly in cases of depression.”

I have to remind myself all the time that relationships are hard, and just because a couple looks happy doesn’t mean they are happy. Those guys who look like they stepped out of a J. Crew ad with their perfect families — the ones my friend said are “already doing it” — could be logging into Ashley Madison while their wives are at yoga and having affairs while the kids are at school, or drinking themselves into a stupor every night after dinner. I have no idea what goes on behind anyone else’s closed door except mine.

So where does that leave me, hanging out here in the clearance aisle, not getting any younger, surrounded by “misfit toys” and people who either don’t want relationships or aren’t any good at them? I honestly don’t know. But I do know that my depression and anxiety don’t make me unworthy of love. I’m not broken. I deserve love, and so do you, and so does everyone — no matter what their diagnosis happens to be.

Images via tumblr.com and giphy.com.

If you like this article, please share it! Your clicks keep us alive!
Tags
Love
Relationships
mental health
dating with mental illness
dating
anxiety
Depression