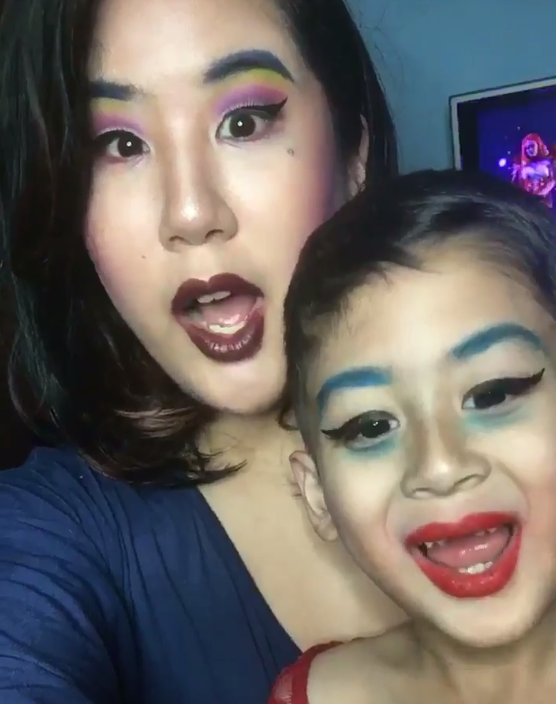 This is parenting done right. 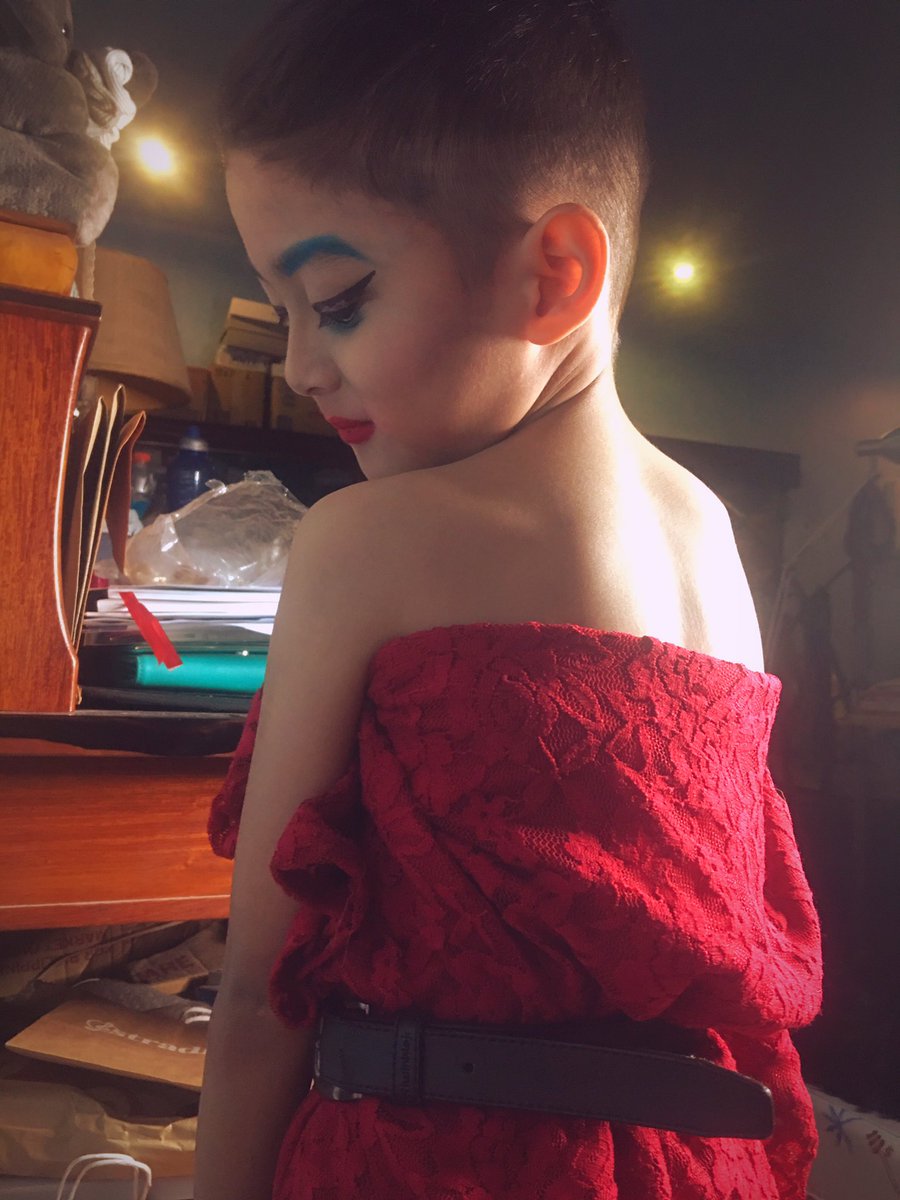 Why does his makeup look better than mine EVER HAS IN MY LIFE?

Cat Astrfi (his drag name) was watching RuPaul's Drag Race with his mom, when he said, "I want to do that also!"

SO SHE DID IT.

Um, will you be my mom? (No, seriously, I actually need a mom. I know you're younger than me but we don't have to talk about that.)

Mikli — mother, makeup queen, and writer — took to Twitter to share the photos she took of her son in full, delighted drag. 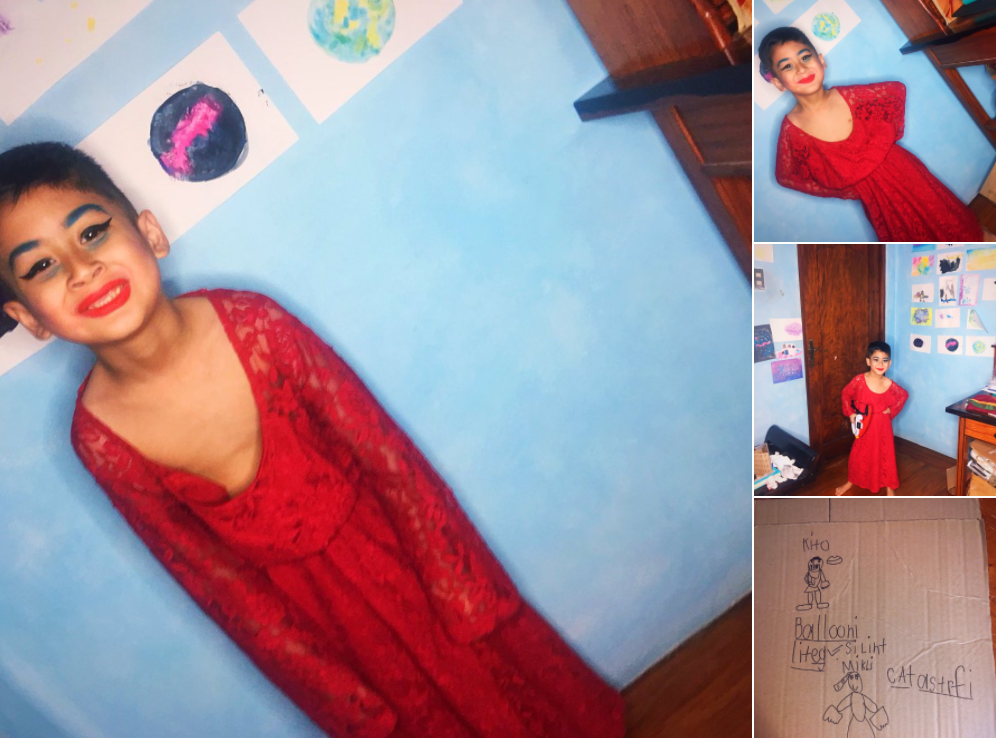 LOOK AT HIM. The joy. The sass. The sashay.

People have to be assholes though, because people.

No one invited you. Bye.

Ok ANYWAY. I refer you, again, to Monday's article, wherein I remind you that just because you HAVE an opinion, doesn't mean I want to HEAR it. Screw these people.

Because look at them! (Also, uh, mom is gorgeous.) 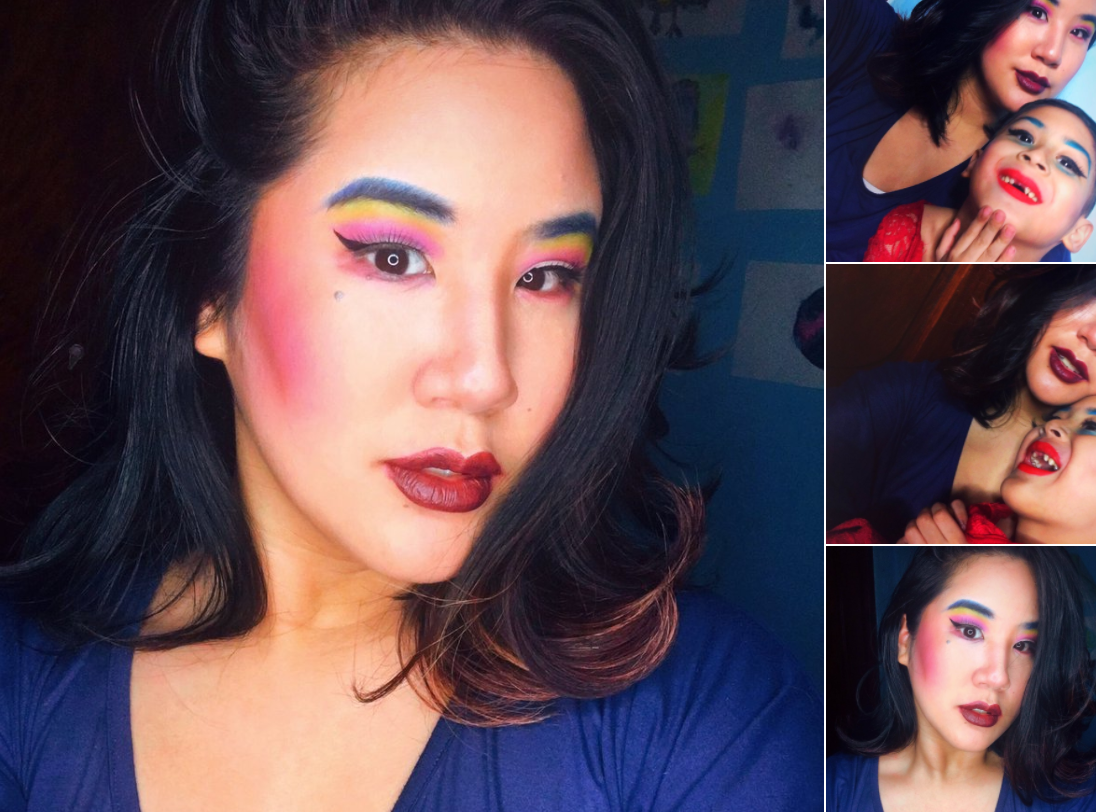 Owen did a face mask with me once, it made my month.

RuPaul, this kid may be coming for you.