Face To Face With My Own Fatphobia 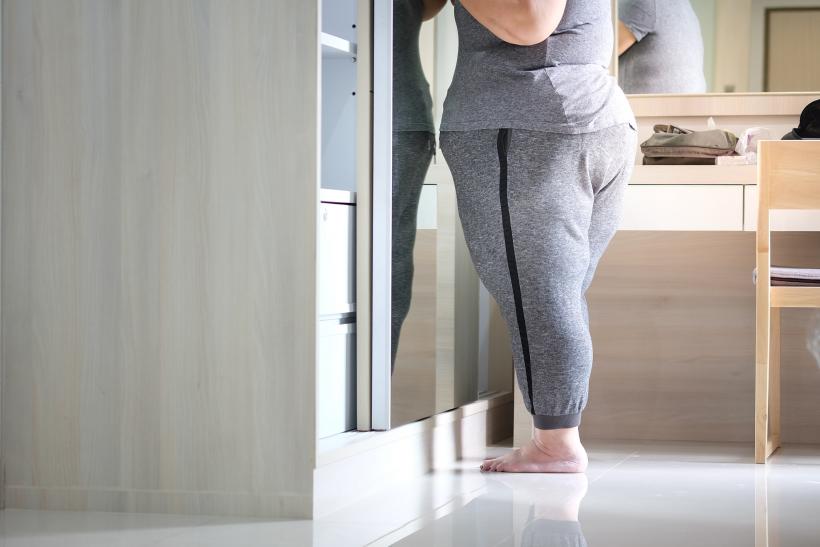 There was a part of me that I wanted them to know that while I was fat, I wasn’t that fat.

“You have Stage 4 Lipedema. It’s a rare fat disease. Your bottom half told me.”

You might wonder who said this to me. Was it a friend? A doctor? Someone close to me in the medical profession?

No, it wasn’t anybody like that. It was a stranger, a random woman on Facebook messenger who informed me that I had a major health issue.

Although I didn’t know her, what she wrote was personal, and I was immediately annoyed. What did she mean that my bottom half told her? Where had she seen my bottom half in the first place? I’m not a plus-size fashion blogger showing off my ample curves. There aren’t any full-body shots of me anywhere. Let’s also not forget my strict rule forbidding my ass or any other part of my body from talking to strangers.

Since I’m a writer, people contact me through a variety of ways: emails via my website, Facebook messages, and of course, media website comments in response to some of the articles I’ve written. There are people who are grateful to me for my words and others who aren’t as nice. I’ve heard it all and have become somewhat immune to internet- trolls and their wicked ways.

However, when I’m being diagnosed from a picture, I can’t help but engage.

The woman, Lisa, mentioned seeing an article in which I was quoted. Alongside the article was a picture of two women — one whom Lisa assumed was me. The article, titled "Brave: Chunky Feminists Are Now Coming Out As Fat," was on The Daily Wire, a conservative site. In the article, they quoted from my piece "Coming Out As Fat" and made a few snarky remarks about it.

The problem was, the woman didn’t resemble me at all: she was younger and had a much different body-shape — she was pear-shaped, and I’m more apple-shaped. I know there are those who think all fat people look the same. I’ve gone places with a fat friend where we’ve been mistaken for twins, and we look nothing alike. Fat people are like other people: distinctive, special, and beautiful in their own ways.

“Well, they sure made it seem like it was you by putting that pic with the article,” she responded.

I considered going on the site and setting the record straight, but I knew that it didn’t matter who the woman in the picture was; The Daily Wire readers had their target and were already spewing their fat-shaming hate towards me, my words, and what they thought was my body.

But still, there was a part of me that I wanted them to know that while I was fat, I wasn’t that fat.

After a little Internet-sleuthing, I discovered that Bobbi-Jo Westley was the name of the woman in the photo. According to an article on The Daily Mail, Bobbi-Jo not only makes her living doing super-size webcam modeling but wants to be famous for having the largest hips in the world. Her goal is 99-inch hips.

I was upset that people were thinking she was me, but at the same time Bobbi-Jo was probably equally as upset that I was stealing her fame.

I try to be as body-positive as I can be, so I didn’t fault her for using her body to her advantage. But my need to point out to Lisa and the readers of the article that she wasn’t me wasn’t very body-positive. In fact, I was being just as fatphobic as the commenters who were saying things like, “how can she come out of a closet when she’s too big to get into it?”

To me, body positivity is about believing that all bodies, no matter what their size, are valuable. There should be no limits on acceptance. I can’t say, “Well, everyone around, below or a little above my weight is inherently valuable, but if you’re extremely fat and you want to be even fatter, then your value goes down with every pound you gain.” That’s not body-positivity — that’s bigotry.

Body-positivity is one-size fits all. It’s all of us, regardless of size, health, or disability. I like to think of myself as an empathetic person, but I showed no empathy to what Bobbi Jo’s life might be like.

Now I know that just because I’m fat doesn’t mean that I don’t have moments of fatphobia.

I need to genuinely accept myself before I can be honest in my support of others. I may not be the woman in the picture, but in some ways, she is me, and I’m her. While we celebrate our differences, we also need to embrace the qualities we share, like our humanity and our compassion.

If you like this article, please share it! Your clicks keep us alive!
Tags
fatphobia
fat
fat shame
fat bias
body image