I Feel Pretty, Not Delusional 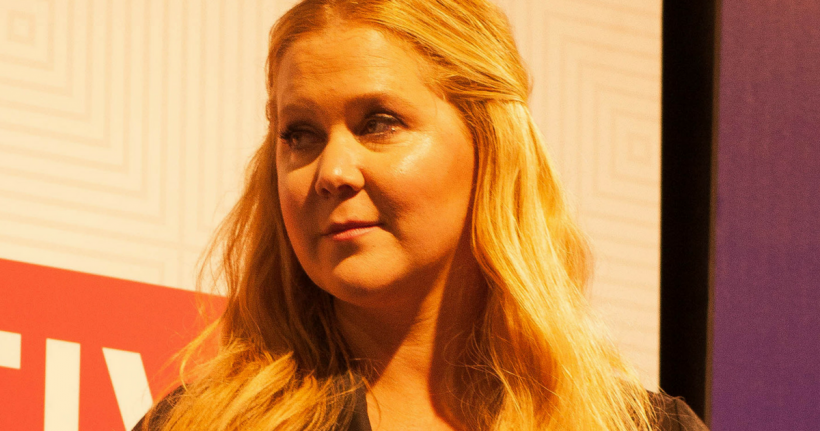 By Anna Hanks (@annaustin) [CC BY 2.0 (http://creativecommons.org/licenses/by/2.0)], via Wikimedia Commons

It’s gotten to the point that I can’t avoid the trailer and advertisements for Amy Schumer’s new vehicle I Feel Pretty, so that means it’s time to write about it.

The premise is that a fat woman who can’t find clothes in her size, can’t get a bartender to serve her a drink, and frightens children with her visage alone, hits her head and suddenly sees herself as beautiful and capable. This newfound confidence leads to everything from entering a bikini contest to a love interest who seems to fall for her because of her newfound confidence.

First, let’s talk about the way that Amy Schumer keeps trying to sell us this narrative that she is fat (and ugly, which she seems to think mistakenly are the same thing).

I’ll start by looking at her own words when she was included in Glamour’s plus-size issue’s “Women Who Inspire Us” feature.

“I think there's nothing wrong with being plus size. Beautiful healthy women. Plus size is considered size 16 in America. I go between a size 6 and an 8. @glamourmag put me in their plus size only issue without asking or letting me know and it doesn't feel right to me. Young girls seeing my body type thinking that is plus size? What are your thoughts? Mine are not cool glamour not glamourous.”

Setting aside the fact that there is nothing wrong with being fat regardless of health or perceived attractiveness, I think it’s pretty hard to believe Amy believes there’s “nothing wrong with being plus size” when she is so desperate to make sure that people know she isn’t. She thinks it’s a problem that young girls might think she is, and she claims it’s “not cool” and “not glamorous” that someone would suggest she is plus size. It makes me wonder how she would act if she did think there was something wrong with it?

I think it’s pretty apparent that Amy believes there’s something wrong with being plus size, but even if you disagree with that, she’s made it very clear that she doesn’t think she is plus sized — including shouting her dress size from the rafters. But suddenly, for this film, we’re all supposed to believe that she shares the plight of the plus size woman? What was the last store you were in that didn’t sell clothes in size six or eight? Even if we assume that she’s a size 12, which is what others seem to speculate, she’s still firmly in the realm of straight sizes, as she took the time to point out on Instagram.

To be clear, Amy is larger than the Hollywood ideal, and that has affected her career, and that’s bullshit. But the undeniable truth is that she’s relatively thin, as well as white, blonde, traditionally “pretty,” currently able-bodied, cisgender, heterosexual, and thus fulfilling most of the beauty stereotypes. Sure, she’s not a size zero, but that doesn’t make it okay for her to slip the identity of fatness on and off like a fatsuit in a way that suits her career goals.

But even if we pretend that Amy could pass for “fat” and/or “ugly” by some definition, we’re still left with a hot mess of fatphobic bullshit.

This entire movie is built on tropes that reinforce fatphobia, regardless of the intent. The “comedy” of this movie is based on the idea that it’s hilarious that a fat woman would have confidence.

There’s the predictable slow-mo dancing (with her small stomach jiggling). There’s the stereotypically attractive guy who is utterly baffled that she would think he was hitting on her. The idea that a fat woman can be confident and capable is apparently a laugh riot.

Which brings us to the premise of the movie, which digs back into the old Shallow Hal well, suggesting that the very idea that a fat woman can be attractive must be based on delusion. In Shallow Hal, it was the man who was delusional, in this case, it’s the fat woman’s delusion.

Maybe I would find this funnier if I wasn’t bombarded by Internet trolls who insist that I’m delusional because I am an actual fat woman with confidence.

I’ve not seen the movie so maybe it will be better than I think, but I’m already giving it the benefit of the doubt that at the end she realizes that she could have been confident at her size all along. Of course, if that’s the case, we have the ridiculous notion, all too often leveled at actual fat people, that fatphobia can be overcome with confidence and a can-do attitude. Unfortunately, all the confidence in the world can’t help us overcome things like fat-shaming, prejudice in the workplace, having to fight fatphobic doctors for necessary medical care, difficulty finding clothes in our size, paying fat tax at the salon, or the notion that airlines should get to be the arbiters of how large a human ass is allowed to be before they charge us double for the same service. Give me a movie where instead of a fat women finding the confidence that was stolen by fatphobia, fatphobes get their shit together.

Regardless, I’m not sure there’s an ending that can help make this anything other than a movie length fat joke, told by someone who is co-opting fat identity.