Take The Cake: The 3 Levels Of Fatphobia 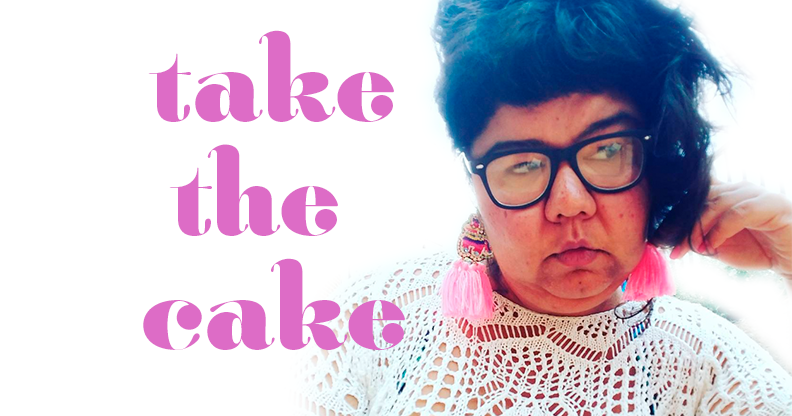 The 3 Levels of Fatphobia are intrapersonal, interpersonal, and institutional.

When I am talking about the effects of fatphobia, I often get this question: “But isn’t everyone affected by fatphobia, regardless of body size?”

The answer to that question is (1) yes, absolutely and (2) but often not in the same way.

It's important to recognize that fatphobia – like other forms of bigotry — does, in fact, affect every person. We are all harmed by systems of inequality and hierarchy ideologies. Fatphobia creates a reality in which you are either experiencing the social stigma of being fat or you are living in perpetual fear of becoming someone who experiences the social stigma of being fat while also still gaining a sense of safety that you aren’t yet that person. It's a total lose-lose situation, girl.

It is also important to recognize that people are affected differently depending on their body size, shape, color, ability, and gender.

In order to understand the effects of fatphobia in a nuanced, three-dimensional way, it is helpful to look at fatphobia as occurring on three distinct levels:

The first level is intrapersonal.

The intrapersonal level is about how fatphobia affects how someone sees themselves. Many people are hit very hard on this level. The pain of intrapersonal fatphobia is very real. Our culture teaches us to feel like we are never good enough, and that we can use weight control as a mechanism to accept blame for anything that might be going wrong – whether it’s our fault or not. Women in particular are taught to blame ourselves for whatever might be going wrong in our lives (even though we know sexism creates a lot of those problems!). I find that the intrapersonal level is where people share most common ground. Oftentimes, regardless of body size or shape, people are getting hit really hard on the intrapersonal level.

An example of intrapersonal fatphobia is when someone cannot focus on a meaningful moment in their lives (like sex or a wedding or an important birthday) because their fatphobic thoughts are so loud that all they can think of is how this moment would be better if they were more weight compliant.

The next level is interpersonal.

The interpersonal level is about how other individuals treat and see you. This is where experiences can begin to diverge between fat people and thin people. Maybe a thin person has a lot of really intense negative thoughts about themselves (internalized fatphobia), but other people do not see their body as unusual, particularly threatening, or worthy of commentary. Further, people might not treat them as a less viable romantic partner or job prospect. Often, if you are fat, you have experienced personal rejection because of body size. Fat people have also learned to expect that other people are going to comment on our bodies — or we have at least experienced it enough that even if it doesn't happen that frequently, we are often dealing with the stress of expecting it to happen all the time (this is called hypervigilance).

An example of interpersonal fatphobia is when someone makes a negative comment about your body size or how you're eating.

The final level is institutional.

The institutional level of fatphobia has to do with access to meaningful participation in society, which includes things like whether or not you feel a sense of belonging when you’re out in the world, access to quality medical care, and your ability to see yourself in the culture at large (through things like movies, literature, etc.). It also means access to things like loving relationships and a general sense that the culture is invested in your participation and existence.

I can’t speak for all fat people (or all women of color), but I know that I personally don’t feel like my culture (San Francisco, particularly) is invested in my participation or my existence. In fact, when I leave my house, I feel like there is this invisible metaphorical cursor looming over my head that seeks to click and drag me into the trash bin on America’s desktop.

An example of institutional fatphobia is when a fat person goes to the doctor seeking treatment for depression and leaves with a prescription to lose weight rather than a prescription for anti-depressants.

Each of these levels is not a stand-alone entity. There are ways that each informs the other, and there are some parts of each that overlap with the others. For instance, access to meaningful loving relationships is both an interpersonal and an institutional level thing. The people who make up a relationship and the decisions about specific individual relationships exist in the domain of the interpersonal. Whereas the systems and cultural beliefs that go into constructing someone as worthy or interesting or smart (or unworthy, uninteresting, or less intelligent) make up the institutional piece.

So to return to the question I started with: Yes, everyone is affected by fatphobia. But the follow-up question to ask is: How?

As you can see, someone can be getting hit really hard on the intrapersonal level and maybe even interpersonal level but have relatively few difficulties on the institutional level.

That doesn’t mean that their suffering means less, it just means that internalized fatphobia isn’t the only way to measure fatphobia. Sometimes people are suffering from oppression in ways that they can’t even articulate because they haven’t been allowed to imagine what full cultural participation looks like. Experiences need to be contextualized responsibly so we can think expansively about resource allotment and strategies for political, social, and personal change.