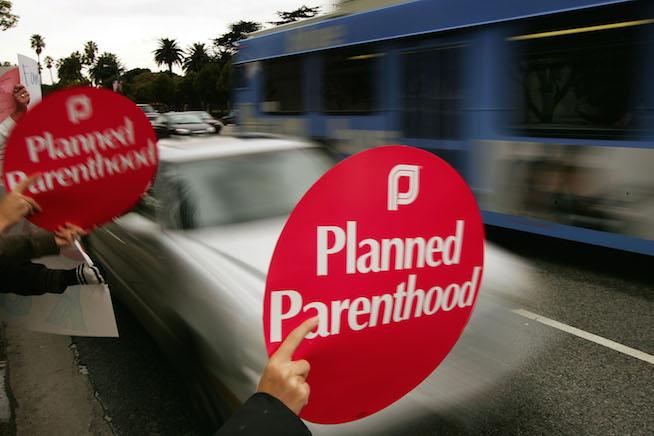 Ever since that David Daleiden guy released those sketchy videos of Planned Parenthood officials talking about tissue donation, governors of red states have been on the warpath against the non-profit reproductive health care provider. Despite the fact that numerous investigations have turned up no wrong doing — except on the part of David Daleiden, who is facing charges of organ trafficking for his role as a fake organ trafficker in one of the videos — some states have decided that Planned Parenthood shouldn’t receive even one penny of state funds. NOT ONE! For states that already don’t provide operating grants to Planned Parenthood clinics, this means making the clinics ineligible to collect Medicaid funds.

What this means in practice is that patients on Medicaid can’t go to Planned Parenthood for, say, birth control or an STD test because the state won’t reimburse the clinic for the cost of the visit. (Medicaid never paid for abortion, so that’s not new.)

While anti-choicers were crowing about how keeping tax dollars away from PP is some kind of moral victory, they forgot to check and see if they’re actually allowed to remove any clinic from the lists of eligible Medicaid providers without a good reason. Turns out? They’re not.

According to the Washington Post, the Obama administration has issued guidance to all state Medicaid offices alerting them that “terminating certain providers from Medicaid is only justifiable if those providers are unable to perform covered medical services or can’t bill for those services. The guidance emphasizes that states cannot target providers for impermissible reasons and are required to treat similar types of providers equitably.”

In other words, you can’t cut off a source of health care because you got all wee-wee’d up about a sketchy video.

The states in question have not yet responded to the guidance.

If you like this article, please share it! Your clicks keep us alive!
Tags
Planned Parenthood
Medicaid
pro-choice