Relationships Are Supposed To Get Easier, Not Harder 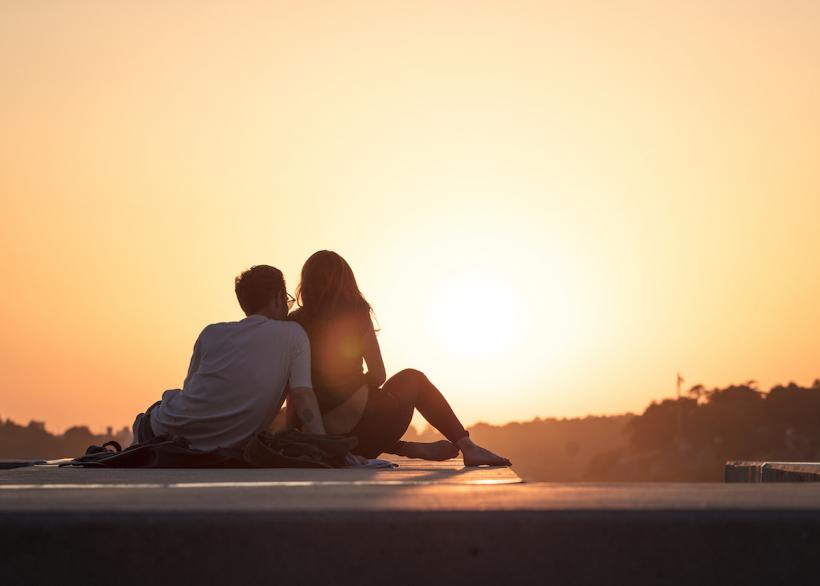 We’ve probably all heard it a million times: relationships are hard work. (Photo by Mahkeo on Unsplash)

We’ve probably all heard it a million times: relationships are hard work.

Long-term romantic relationships, specifically, take a lot of effort. But at one time or another, most of us find ourselves asking the question, exactly how hard is it supposed to be? And for how long?

Finding a balance between easy companionship and mindful effort in your relationship can be difficult. And the truth is, there’s no one right answer that will apply to every couple. Just like mastering any other skill, learning how to be in a committed relationship will come easier for some folks than for others.

If you’re frequently fighting with your partner, questioning whether you’re meant to be together, and constantly feeling like you’re under fire, the thought that it’s going to be like this forever — and maybe even get worse — is enough to make anyone want to give up and resign themselves to being alone for the rest of their lives. “If it’s this hard now, what’s it going to be like to 20 years?” you might wonder. “Do I really want to sign up for this much work?”

Before you throw in the towel, though, it’s worth reading what couples therapists have to say about it. You might take heart when you hear that relationships are supposed to be harder in the beginning — and that a couple who struggles to make things work in the early days isn’t necessarily doomed.

Couples therapists Linda and Charlie Bloom, writing in Psychology Today, compare the trajectory of a relationship with the launch of a spacecraft: a rocket burns up the vast majority of its fuel just trying to clear the Earth’s atmosphere and break free from gravity’s pull. Once it’s in orbit, it can travel a long way while using a minimum of energy. During this second phase of your relationship — which, ideally, is the rest of your lives — partnership, the Blooms write, “no longer feels like effort or work, but literally becomes a labor of love that feels more like a gift, a joyful opportunity for which we feel grateful and blessed.”

The problem is, many couples aren’t able to stick it out long enough to achieve that effortless orbit. Instead, they crash and burn soon after liftoff, when infatuation wears off and conflicts begin to surface.

Relationship guru Harville Hendrix, whose landmark book Getting the Love You Want has been read by millions, calls this “the power struggle.” He says that during this phase, traits that originally attracted you to your partner begin to seem like negatives. Maybe the fiery passion that was so captivating at first has morphed into a volatile temper that reminds you of your father and scares you, or the calm and steady veneer that made you feel you could always rely on your partner now makes him seem cold and impenetrable.

Getting past the power struggle is not for the faint of heart. “The required effort is often great, and the challenge can be daunting, leading many to conclude that it’s not worth it or that they don’t have the stamina and perseverance to work forever at this level,” say the Blooms. Moving through this stage takes “committed listening, letting go of control, practicing vulnerability, overcoming resistance to change, being honest, even in the face of fear, and focusing on your own work rather than trying to change your partner.”

To break through that gravitational pull and fly high above the earth, you and your partner need two essential qualities: perseverance and trust. Without them, they say, you’ll never get the chance to experience all the best things that a committed romantic partnership offers — the “gold,” as they put it, that’s only available to those who stick it out long enough to work through their issues.

What do perseverance and trust look like? Perseverance is simply the willingness to hang in there and keep trying when things get scary. But it’s not only about sticking around: you’ve got to commit to doing the work, too. This is easier when you not only trust your partner, but trust the process: when you believe that the payoff will be worth the effort. It’s easy to believe that finding a new partner is the answer, rather than slogging through the muck with the person you thought was “the one” and who is now triggering all kinds of issues from your past that you’d rather not deal with.

Committing to the work

The thing you’ve got to understand is that every relationship is going to eventually move out of the infatuation phase. Conflicts will inevitably arise. And keeping one foot out, always wondering if there’s someone better out there for you, only prevents your current relationship from being as good as it could be.

“Like mastering any other new skill, it takes a lot to hang in there and muddle through the demanding times,” the Blooms write. They advise couples not to make the mistake of thinking that, as the song says, “love is all you need.” In order to have a fulfilling, thriving relationship, we need to unlearn our bad habits, such as defensiveness and controlling behavior, and learn how to get our needs met in a healthy way. “While this takes time and the process is gradual, if you can stick with it, the result is not only worth the effort, it’s beyond what most of us ever thought possible,” the Blooms promise. And Hendrix believes this is the only way our childhood wounds ever get healed.

If you’re overwhelmed with the thought that your relationship is too hard and will only get harder, the answer might be to commit to working even harder – knowing that soon, you’ll be soaring through the atmosphere.

If you like this article, please share it! Your clicks keep us alive!
Tags
Relationships
power struggle
relationship advice