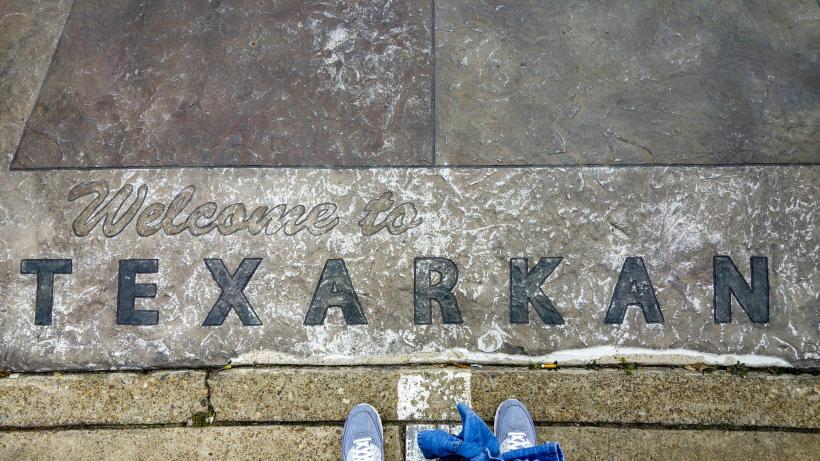 The right a woman has to govern her own body should not depend on where she lives.

Across the world, the legal and economic battle to retain reproductive rights for women is ongoing. In the process, these rights are slowly becoming a luxury for the wealthy. Poor, young, and marginalized women lack the resources to determine the size of their families, the timing of their families, and the choice not to have a family at all.

The right to terminate an unwanted pregnancy in Arkansas is disappearing as the U.S. Supreme Court recently declined to hear an appeal on Arkansas’s law to ban medication abortions. This leaves one of only two Planned Parenthood Clinics able to provide abortion services to women living within Arkansas’s boundaries.

According to Reproductive Rights, Arkansas passed the highest number of measures to deny women access to safe abortion services in 2017. These measures require women 17 years of age and younger to share their names with local law enforcement; doctors must notify women’s family members of their rights to the disposal of fetal tissue; and physicians are required to obtain women’s entire pregnancy history prior to obtaining an abortion.

Several states such as Texas, Oklahoma, Louisiana and Tennessee are among many other states passing restrictive measures to criminalize and delay abortion-related services.

Like Arkansas, their goals are to shame and delay the women seeking assistance.

The Departments of Health and Human Services, Labor, and the Treasury are threatening access to birth control to thousands of women. This is by enacting rules exempting health insurance companies, many employers and universities that claim a moral and religious objection to provide contraception guaranteed by the Affordable Healthcare Act.

Joycelyn Elders, MD, the former U.S. Surgeon General, under President Bill Clinton, served as the Director of the Arkansas Department of Health from 1987 to 1992, when Clinton was governor.

During that time, Dr. Elders advocated for public conversations on sex to prevent unwanted pregnancies, teen pregnancies, and the spread of sexually transmitted diseases. Her forward-thinking approach to sexual health and education, body positivity, and the prevention of HIV/AIDS led to changes in policy and attitudes across the country. She was Surgeon General for just 15 months from 1993-1994, when she was fired by President Clinton.

If she were the U.S. Surgeon General today she would face similar challenges because a political minority want to control the bodies of women and deny them agency over their sexual lives. If President Clinton had supported Dr. Elders, Arkansas and the rest of the country might be ahead on reproductive rights.

Dr. Elders sought to help women like my grandmother — poor and young who lacked access to family planning. Close in age, Dr. Elders and my grandmother lived a few miles apart in Southwest Arkansas, as she describes in her 1996 memoir, Joycelyn Elders, M.D.: From Sharecropper’s Daughter to Surgeon General of the United States of America.

Both of these women grew up in segregated Jim Crow rural communities and helped their families survive by picking cotton. My grandmother’s life was filled with limitations. She married at 15, had eleven children and suffered at least one still-birth. All of her children were born at home.

Like many women during this era she was pregnant for most of her fertile adult life. While her family grew in size, she worked as a domestic worker in addition to working in the fields. She managed to remain in school through 10th grade. Although she loved her children, family planning education could have eased the economic stresses of her life with the freedom to time her pregnancies.

As a member of Generation X, my privilege provided me with access to birth control. I was born after the the pill and other contraceptives became available. As a student going off to the University of Southern California, I was covered by my mother’s insurance for heath care access. Now as a professional I have had access to employer-provided insurance.

We cannot return to my grandmother’s era where large segments of women could not access family planning education.

This is at a time when domestically reproductive rights are narrowing and the withdrawal of U.S. support for healthcare access is dangerously impacting women across the globe.

Soon after his tenure as president began, Donald Trump re-enacted and expanded the Mexico City Policy, which prohibits foreign nongovernmental organizations from using any source of funds to engage in voluntary abortion-related activities.

Called “Protecting Life in Global Health Assistance” and also known as the Global Gag Rule, this policy prohibits foreign NGOs from using both U.S. and non-U.S. funds to provide information about abortion as a method of family planning and lobby foreign governments to legalize abortion.

While effects from the newly expanded policy are being felt, a new report from the Population Action International reveals this policy’s negative impacts in Ethiopia, Kenya, Romania, and Zambia under President George W. Bush’s administration.

Kenya experienced the closure of family planning clinics that provided obstetric care, well-baby care for mothers and infants, and screenings for cervical cancer and malaria. Planned Parenthood of Zambia, the only NGO that operates clinics lost 24 percent of its funding and could not supply contraceptives to a network of smaller NGOS and health centers.

In Ethiopia, a rural clinic was near depletion of its supply of Depo Provera, used by 70 percent of its clients. A lack of U.S. aid in Romania interrupted efforts on family planning education to decrease women’s reliance on poorly-performed abortions, which resulted in many deaths.

In response to the Global Gag Rule, The Netherlands launched She Decides to counter the loss of U.S. aid. With assistance from several countries, $300 million has been raised to fill the $600 million gap to provide funding internationally for projects related to access abortion, birth control, and reproductive education.

In Europe, Irish voters recently repealed the ban on abortion made in 1983. Thousands of Irish women and men living and working abroad returned to Ireland to vote. During the 35-year ban, reportedly Irish women seeking to end unwanted pregnancies had to travel abroad or risk jail time for buying illegally purchased pills. With support for the repeal at 66 percent, the victory resonates with many around the world,

Despite public opinion in support of abortion in the U.S. reported at 69 percent, complete and holistic access to reproductive rights and education is seen as a dangerous freedom to extremists’ values on femininity, womanhood, manhood, and family.

As a supporter of women’s reproductive choices, I want my nieces who are entering young adulthood to have as many options in their livelihoods and lifestyles as they choose. Their utilization of contraceptives is a positive self-determined choice. Access to reproductive rights should be a human right they have in common with women around the world.

The right a woman has to govern her own body should not depend on where she lives.

If you like this article, please share it! Your clicks keep us alive!
Tags
abortion
abortion laws
reproductive justice
reproductive rights