Childfree Women Are Amazing: A Look At My So-Called Selfish Life 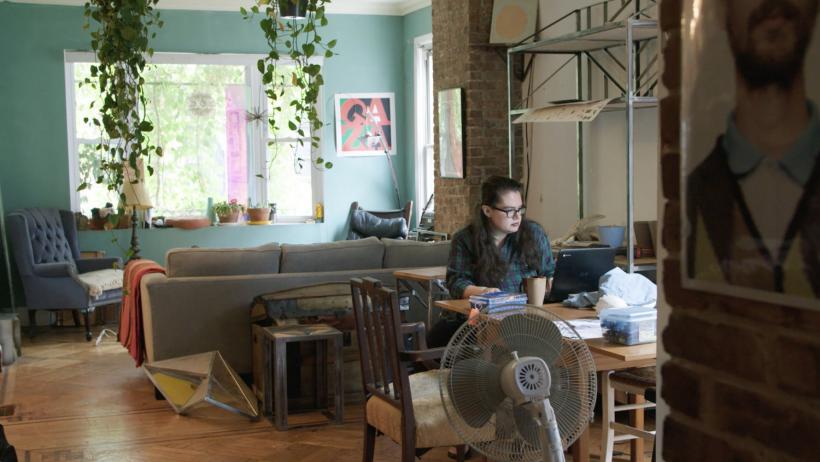 The author in her home. Photo courtesy of My So-Called Selfish Life

I started writing this essay twice. First, I was going to tell you about a conversation I had recently about narrow escapes, in the form of relationships we'd gotten out of before they led to lives we didn't want. Then, I was going to write about how I decided to stop writing about being childfree because I thought there was nothing left to say on the topic. This is the third attempt, in which I tell you that there is definitely not nothing left to say about being childfree, but there are lots of people/forces that want us to believe that so we'll shut up about it.

I wrote about being childfree a lot at one point, mainly after I figured out it was a thing I could be — and was — and after another journalist wrote an essay about how Jewish women without kids were not engaged in observant Jewish communities. I was furious and unrepentant, but ultimately, she was right — at least in my case. I stopped being observant (it's Rosh Hashanah as I'm writing this), partly because I didn't actually believe in what I was doing, but also because I no longer wanted to endure being the only childfree Jew I knew, and the expectation that I would change my mind was exhausting. There were also the super fun people who read my writing and told me I was crazy (cool, thanks, productive and not at all stigmatizing or problematic), and that no one cares if I'm childfree. (Maybe you don't personally care if I am, but statistically, society as a whole still cares very much.)

The film zeroes in on the word that's often used to describe people who don't want kids: selfish.

I recently met someone at a party who told me she's in the minority in her friend group because she does want to have kids. People are talking a lot about being childfree these days — there are articles and Facebook groups, and we can find one another with more ease. But as childfree people know, there's still an intense impulse to look at us as though we are creatures in a zoo and not humans with complex lives and desires.

The fact that we exist is remarkable, apparently, and people really want to know how we got this way, as untoward and iconoclastic and dangerous as we are.

There are as many reasons to be childfree as there are people who are childfree, but there are still assumptions about us: we don't like children (I will argue forever that it's OK not to like children), we hate people who have children, we're lonely and bitter and allergic to love, etc. But while we're having our childhoods and psyches plundered by people who just have to know why we're choosing not to become mothers, almost no one is asking why this is such an issue in the first place.

And this is the part where I tell you about this documentary I'm in, which examines why people are so obsessed with women not having or wanting children. Therese Shechter came to my house in Brooklyn, and I sat on my couch while my cats behaved rudely, because they have no respect or sense of personal space, and talked about being childfree for the film she's making, My So-Called Selfish Life. My So-Called Selfish Life is about how entrenched the notion that motherhood is mandatory and desired by everyone is. It analyzes the reasons why we're so obsessed with people's plans for children, and why a life — specifically a woman's — without children is considered incomplete and vacant. The film zeroes in on the word that's often used to describe people who don't want kids: selfish. It asks not only why the choice is regarded this way, but why being selfish is such a bad thing — particularly when it refers to women — while also looking at the intersections between gender, race, class, culture, sexuality, and being childfree.

Here's another thing that's happened when I've written about being childfree in the past: people assumed, and continue to assume, that because I write about it, because I was — and still am — angry about how motherhood is considered germane to the female experience, that I am feeling insecure about my choice. I'm trying to convince myself that I really don't want kids. (Spoiler: I'm not, and I really don't.) Writing or making any other form of art about being childfree is an ingathering. It's about building community and helping people find one another, as well as disrupting the norm by being vocal about a lifestyle choice that still makes people comfortable.

Telling people about My So-Called Selfish Life has been an exercise in surprise for me. There have been folks who are thrilled to know that it's being made because they've been wondering where the conversation around being childfree is. They've been trying to find their people — because it's not always clear where to look, or that it's even safe to ask.

Parents want to see this film made because the assumptions around what it means to be a good parent, particularly a good mother, are toxic.

People who don't know if they want to have kids are waiting for this film. It is urgent and provocative and emphatic, and the questions that it asks are at the center of what it means to be able to exist on our own terms, instead of being at the whim of heteropatriarchy.

We have to make this thing, so help us! The Kickstarter for My So-Called Selfish Life is live now, and let me be clear: If we don't raise $42,000 by the time it ends, the film won't get made. There is so much to say and hear, not just for childfree folks, but for everyone who has wondered about what we're prescribed to do, why, and if there is another way.

If you like this article, please share it! Your clicks keep us alive!
Tags
childfree
parenting
motherhood
sexism
reproductive rights
crowdfunding

Childfree Women Are Amazing: A Look At My So-Called Selfish Life
Chanel Dubofsky

What I Mean When I Say "Feminist Murder Podcast"
Chanel Dubofsky