Sorry Moms, You’re Never Not Going To Be Tired Again 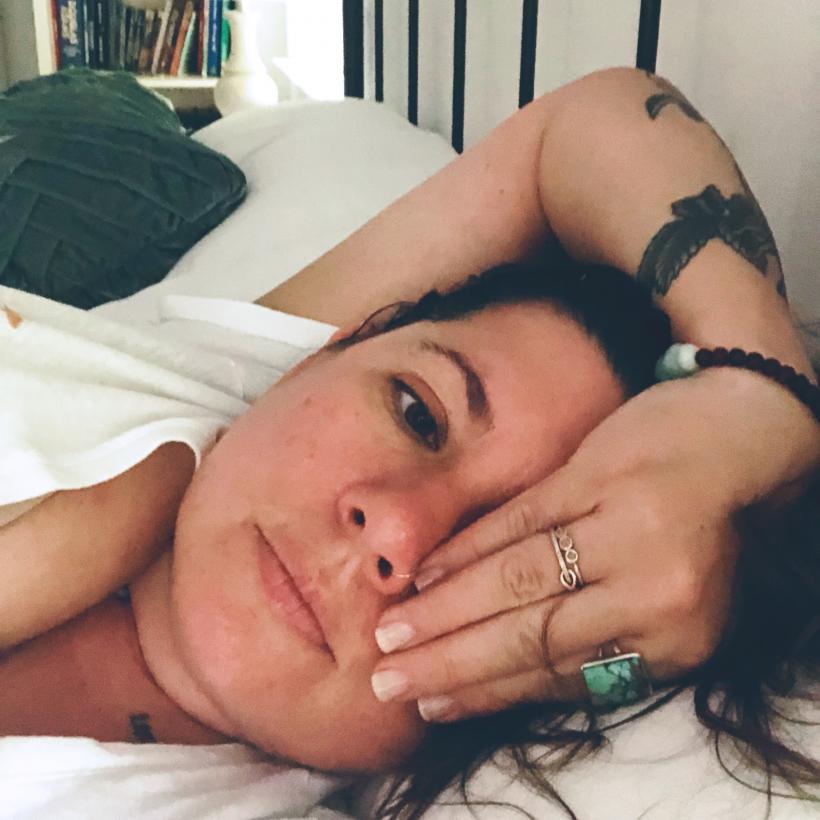 A recent survey of one jillion moms around the world has proven what no one needed science to tell them: Mothers are tired. We are just so, so tired. We are bone-crushingly practically-dead-from-exhaustion tired.

I gave birth to my first child 23 years, one month, and three days ago.

In the weeks and months following her birth, I discovered a particular variety of tired, the likes of which I have never seen nor did I know existed. I honestly never knew I could be so tired. When at 16 months of age she began sleeping more than five minutes at a time, I thought that my journey to resumed vitality was just around the corner.

It’s true; I did feel a little better once she started sleeping more. But about the time that I thought the tired would go away, along came her brother. And with him, a new level of tired. Newborn-awake-every-night-every-hour-to-nurse tired plus toddler-with-night-terrors tired plus stay-at-home-try-to-run-a-house tired. And when he was one, without a moment of reprieve from exhaustion, I became (accidentally) pregnant, yet again.

If you’ve never heard of crafting tired, it’s not unlike reading tired or watching TV tired. This is the kind of tired you get when you stay up too late doing things that seem not very important but are actually vital to the preservation of your sanity. So I started sewing and quilting and crocheting and stayed up way past the hour I should have because I could not bear the thought of going through an entire day without so much as one moment alone to breathe air into myself instead of everyone around me.

And then the third kid was born. And with the third kid came the dawn of a whole new tired — a tired I like to call We’re Outnumbered. This is when you have more children than you have hands. This is the kind of tired that happens when the baby wants to nurse and the two-year-old needs help to wipe his butt, and the five-year-old wants a sandwich. If you’re lucky, you’ve got a partner around to help; if you’re not lucky, you’ve got your boob out all the time and a baby inside a sling hanging off it while you ’re in the bathroom with a knife full of peanut butter in one hand and TP in the other. You’re probably weeping.

You think to yourself, Self, this is going to get easier. And, I mean, it does get easier. Because how much harder can it be than three people who can’t even make their own sandwiches relying on you every minute of every day, day in and day out, until it feels like the title of mother is going to envelop you and swallow you whole, half digest you, and then hurl you up, just a pile of bones and exhaustion?

But even after they don’t need you to wipe their butts and get them seven million cups of water a day and cut exactly ⅝” of the crust off their PBJs, you’re still tired. If you’re a mom who hasn’t yet reached the stage where they wipe their own butts and know how to use the water dispenser and cut their own crusts, I’m sorry to tell you this...

In fact, I am pretty sure (but I can’t be certain because I do more than likely still have a few years to go before I’m dead) you’re going to be tired until you die. It’s like motherhood just comes with a side of tired. Like if you were ordering this at a restaurant and you said, “I’ll take one motherhood, add crafting skills, extra patience, oh but hold the tired.” Your wait person would very sternly remind you, “THERE ARE NO ADDITIONS, CHANGES, OR SUBSTITUTIONS.” And you’d be like, “But I DON’T WANT THE TIRED.” And they’d be like, “You’re at the wrong restaurant then bish. Try that place Childless down the street.”

Eventually, they grow all the way up and you think, okay, here it is. I’m not going to be tired anymore. They are adults and they can lose sleep over themselves.

Because now you’re worried about their career and will they have kids and will they be good parents? Will they go to years of therapy where they blame you for everything? Will they ever be able to retire? Will the oceans cover the earth and drown them alive?

If you have more than one child, you might have experienced what I call Second Pregnancy Panic. This is when you get pregnant and you suddenly realize that there is no way you could love another human as much as you love your first child. But then the baby comes and you find out that love only expands. And it just keeps expanding.

The kind of tired you are as a mother is just like that. Just when you think you can’t be any more tired, here it comes. Turns out, exhaustion and love are both exponential.

If you like this article, please share it! Your clicks keep us alive!
Tags
tired
mother
motherhood
exhaustion