Mommamental: Talk To Your Kids About Bipolar Disorder 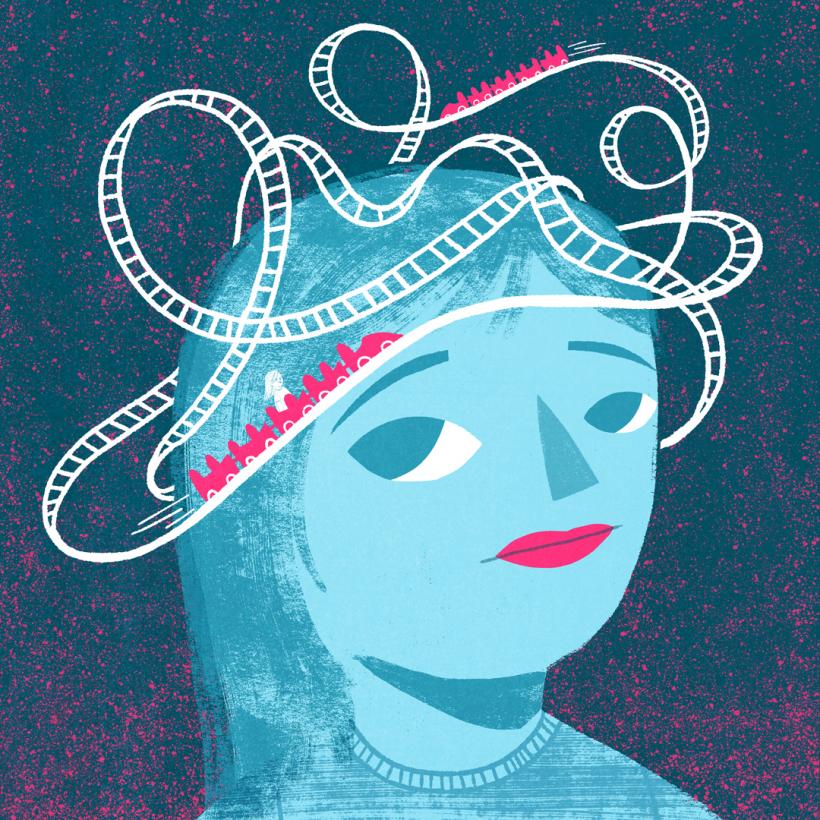 It never occurred to me that I might consider not procreating. There are a number of reasons for this, but the primary one is complicated and follows a direct path to childhood trauma. When I announced my third pregnancy at 23 years old, my dad said something to me, a truth that pierced me, opening a wound I didn’t know I had. “I used to wonder why you had kids so young but now I know; you are creating the family you never had.”

So somewhat selfishly, I had several children very young. I wasn’t diagnosed with any mental illness at the time. If I’d been paying attention — a thing many mentally ill folks are not able to do — I’d have known that my own genes were tainted with the disease that my family passed from person to person, a sort of poison legacy. Because I was blind to what laid beneath the surface, because I wanted a family so desperately, I had children.

We joke that my first son is male Joni, but it’s not really a joke. He is much taller than me (6’3”) but, otherwise, he is a male Joni, right down to the bipolar disorder he got from me.

When I was finally, officially diagnosed with Bipolar Disorder, one of the first things I did was sit down with my three oldest children. There were a few things I wanted to tell them, not the least of which was that I was sorry for not being treated sooner. But even more importantly, I wanted to warn them. I hate the term ‘warn,' but there’s no other way to put it; they needed to know that they have a 40% risk of someday having this disease. I wanted to give them the gift of honesty and the knowledge that they do not need to suffer needlessly — as I did for so many years.

(This conversation in particular is directed toward older kids. Most folks will experience their first episode in the late teen years to early 20s.)

Be honest about your struggles. All of them. There is no point in sugar coating the painful reality that is suicidal ideation. Telling your kids that they might feel this way will allow them to process those feelings in a way that isn’t shameful.

Watch them. Keep the lines of communication open. There is no better way to get your kids to come to you if they are struggling. And they might struggle. In fact, they probably will struggle

Don’t be a fatalist.

Being neurodivergent isn’t always a curse. Bipolar disorder got me through nursing school (as valedictorian, no less). It also is the root of a lot of my creative energy. Don’t make it seem so grim. Many of the highly successful folks you know have mental illness — you just might not know it.

I highly recommend any book by Dr. Ronald Fieve (but especially this one). Dr. Fieve pioneered the use of Lithium in bipolar folks and has done lots of important research on the subject. When I was diagnosed, I emailed him. Not expecting a response, I was surprised when he emailed me back and told me he knew I was a powerhouse (and then offered me a job). And he’s right. I am a powerhouse, and at least part of that is due to the simultaneous gift and curse of mental illness.

Don’t try to solve all their problems.

You cannot. Let them ask you questions, give them answers, but be aware that they are going to have to learn how to cope with this illness in their own way. Watching them struggle will be one of the most agonizing things you’ll ever experience. Be there but let them figure it out.

Remind them that they are lovable.

Mental illness has a very special way of making people feel less than. My first marriage was based largely on my belief that I should marry whomever would “put up with me.” Mental illness does not make you less lovable, and if it does, that person is not your person.

I think about the ways my life would be different if my family had been willing to talk about mental illness rather than sweep it under the rug of shame, and I am angry. I imagine how much easier it would have to be treated and I am sad. But then I consider how I am doing things differently, and I know my kids will be better for it.

This is hard stuff. But you can do it.

And, as always, keep talking, keep laughing, keep hugging. The manual your kids didn’t come with is inside you.

If you like this article, please share it! Your clicks keep us alive!
Tags
mental illness
parenting
bipolar
bipolar disorder
Kids
mother