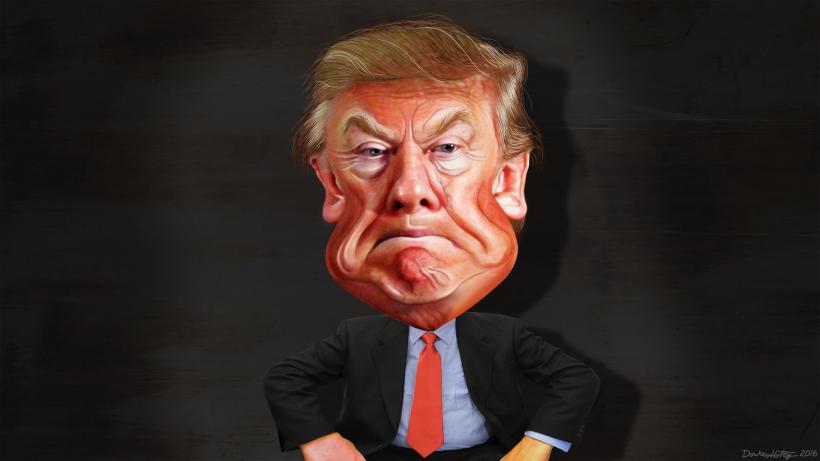 What trans people are — unfortunately — is a handy punching bag for a wildly unpopular president.

This morning, the man who won the electoral college vote but not the popular vote tweeted the following announcement:

After consultation with my Generals and military experts, please be advised that the United States Government will not accept or allow......

....Transgender individuals to serve in any capacity in the U.S. Military. Our military must be focused on decisive and overwhelming.....

....victory and cannot be burdened with the tremendous medical costs and disruption that transgender in the military would entail. Thank you

I have a lot of feelings on this and none of them are “Yay! We’re making American great again!”

This is a fucking asshole of a decision and it serves no real policy purpose. Trans folks aren’t a known drain on military finances. They aren’t what’s standing between our armed forces and victory over anti-American influences. They aren’t a disruption or a medical cost.

What trans people are — unfortunately — is a handy punching bag for a wildly unpopular president. This man with his approval rating hovering under 40%, with his family under scrutiny for shady financial and political dealings, with his entire policy agenda — such as it is, considering he knows fuckall about policy — in jeopardy due to grassroots opposition to it, this man is flailing around looking for a distraction.

So he chose trans people. And not just trans people; he picked trans people who are patriotic enough, service-minded enough, to devote their lives to being members of the United States military. He’s so desperate to look big and tough to his (dwindling) base that he’s picking on soldiers, sailors, airmen, and Marines who are also trans. The man who danced away from service in Vietnam on his bone-spur-riddled feet is lashing out at people who voluntarily serve.

I’m sure there are troglodytes all over the country cheering this order. I’m sure the alt-right internet is alight with praise for the president showing those (insert derogatory phrase here) their place. I’m sure the hardcore bigots of the Trumpian empire are orgasmic with smug delight.

And I am equally sure there’s an 18-year-old trans kid who was ready to enlist in the military, ready to serve this country, ready to take on the responsibilities as well as the rights of being an American adult, who is now lost. There is a kid whose future just changed. A kid who lost a dream and a hope.

Today is a bad day but there are thousands of us who want to make tomorrow better for you. This craven act of inexcusable bigotry will not last forever. We the tolerant people, the compassionate people, the accepting and loving people see it all for what it is.

Meanwhile, we need to reach out to our trans friends and family and tell them we love them. Love still trumps hate.

If you like this article, please share it! Your clicks keep us alive!
Tags
donald trump
Transgender
Politics
military