I Wore "Unflattering" Clothing For My Body Type For A Week 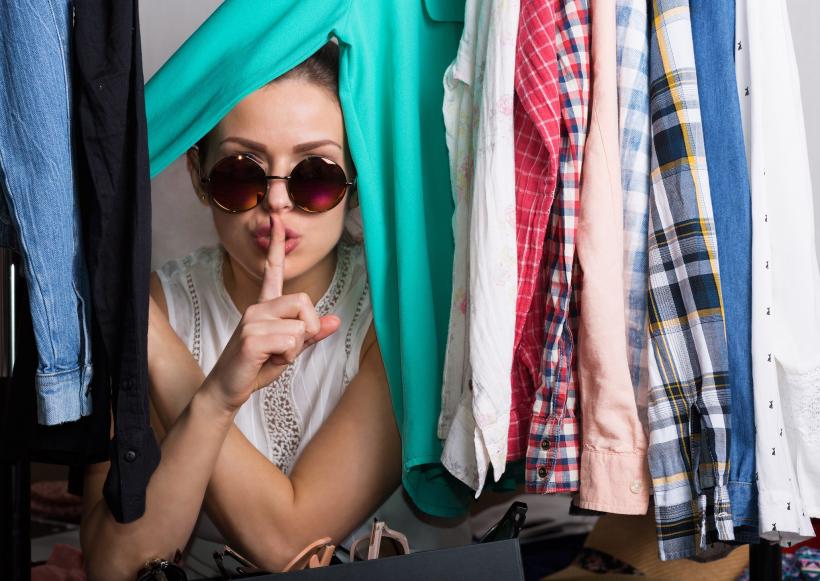 I thought dressing for my body type was a rule I should consider, but it’s just another form of body-shaming.

The Fashion industry has made a lot of needed changes over the past few years in an effort to be more inclusive, diverse, and body positive. Now more than ever before, we are seeing more ethnicities and more body types represented on the runway and in magazines. Instead of one standard of beauty, we are seeing a broader representation.

But we still have a long way to go.

There are still a lot of people who are not represented. And personally, there’s still one body type in particular that I think is greatly underserved — those of us who don't meet the fashion industry’s height requirement. I’m talking about those of us who are considered too short.

Though height isn’t usually associated with discrimination or negative body image, being short isn’t desirable or celebrated in our society.The average female model is 5”8-5”11 although the average woman is about 5”4. It’s no wonder with such a huge discrepancy, navigating around the latest trends can be tricky. There are not many brands that cater to shorter people. Being short is considered undesirable in the fashion industry, and that being short is at best something we should have to work around or hide.

As long as I can remember, I have been told to “dress for my body type” in various articles and fashion write-ups. Our bodies are put in such strange categories, like pear-shape or hourglass. Some terms like boxy or square have been used to describe my body aside from being short. As a woman who stands only 4”11, I have been told to avoid most trends and to use the power of optical illusion to appear taller.

I thought dressing for my body type was a rule I should consider, but it’s just another form of body-shaming. And honestly, we don’t need more ways to hate our bodies.

Women like myself are told to avoid making their legs appear shorter and instead we are told to elongate our legs by adhering to certain rules. Some of the rules are avoiding oversized or baggy clothing (especially tops), only wearing tailored or tight fitting pieces, and we are told to always create separation between our top halves and our bottom halves by wearing two piece outfits or belts in an effort to make our bottom halves of our bodies appear longer.

We are also encouraged to wear heels as often as possible to make our legs appear longer and to add height. Heels are considered not just an accessory but a necessity for shorter women. I’ve been told to proceed with caution when wearing anything long, like thigh-high boots or maxi dresses. And for so long, I avoided trends because they were intimidating and I trusted “expert opinions.” I thought dressing for my body type was a rule I should consider, but it’s just another form of body-shaming. And honestly, we don’t need more ways to hate our bodies.

Avoiding certain kinds of clothing or trends made shopping and dressing a painful and annoying experience. I felt as though the way I dressed outwardly didn’t accurately represent how I felt on the inside because I was a prisoner to made-up rules. I grew tired of being forced to criticize my body because I was put into a category based on my size. There are certain body types that are desirable and some that are not, and across the board one thing celebrated body types have in common is that being statuesque is better than being short.

And I was tired of worrying about it.

I wanted to learn to love my body as is, as so many of us should; for an entire week, I decided to do away with the rules associated with dressing for my body type and instead  purposely wore “unflattering” clothing that short women like myself have been encouraged to avoid at any cost. 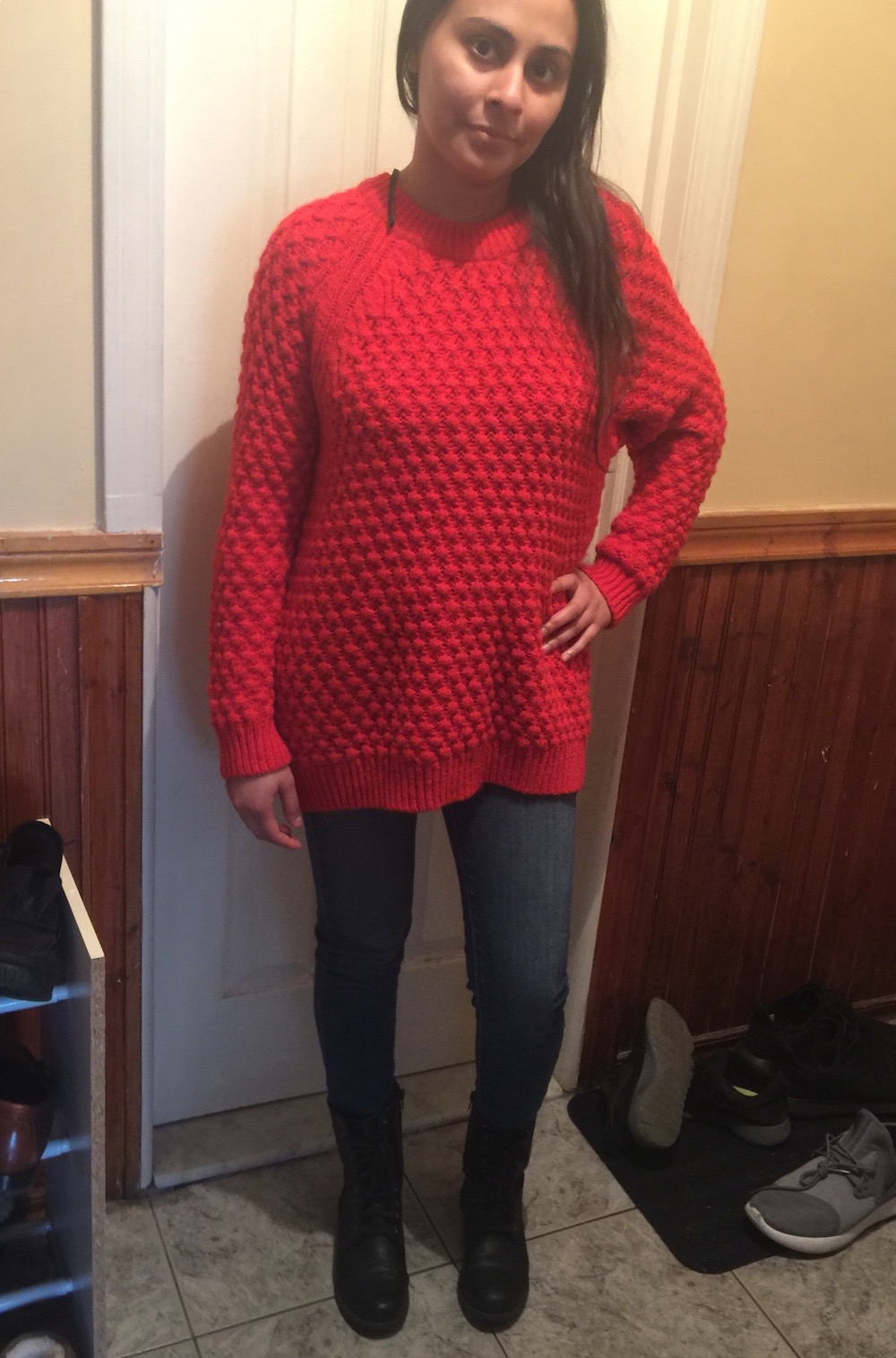 Since avoiding baggy or oversized clothing was a rule, for day one I wore an oversized sweater. Instead of trying to elongate my legs by pairing this outfit with a belt and heels, I just paired it with flats. 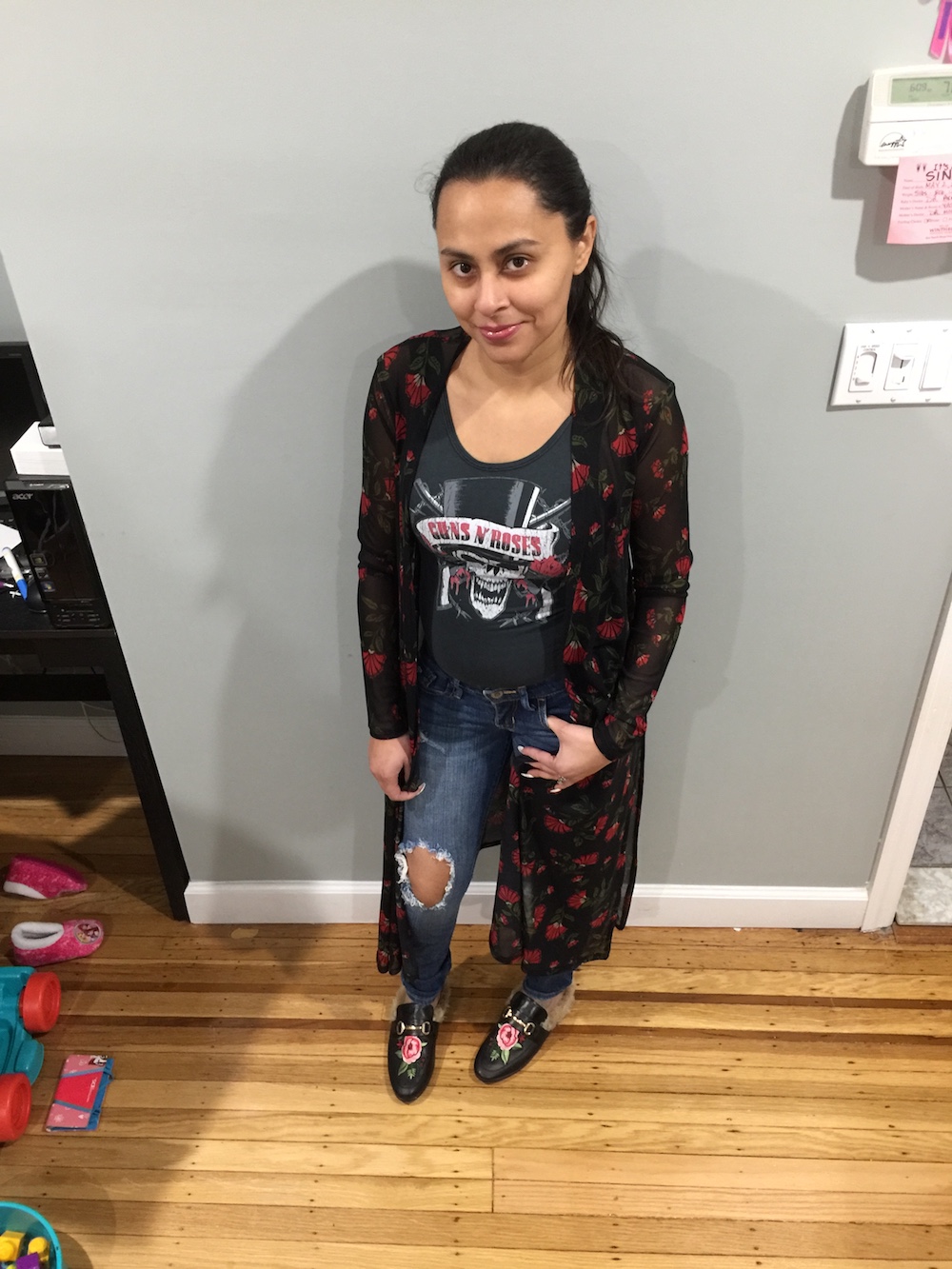 Long tops are not a short woman’s friend according to most fashion experts because it makes legs appear shorter. So for day two, I wore a long kimono. 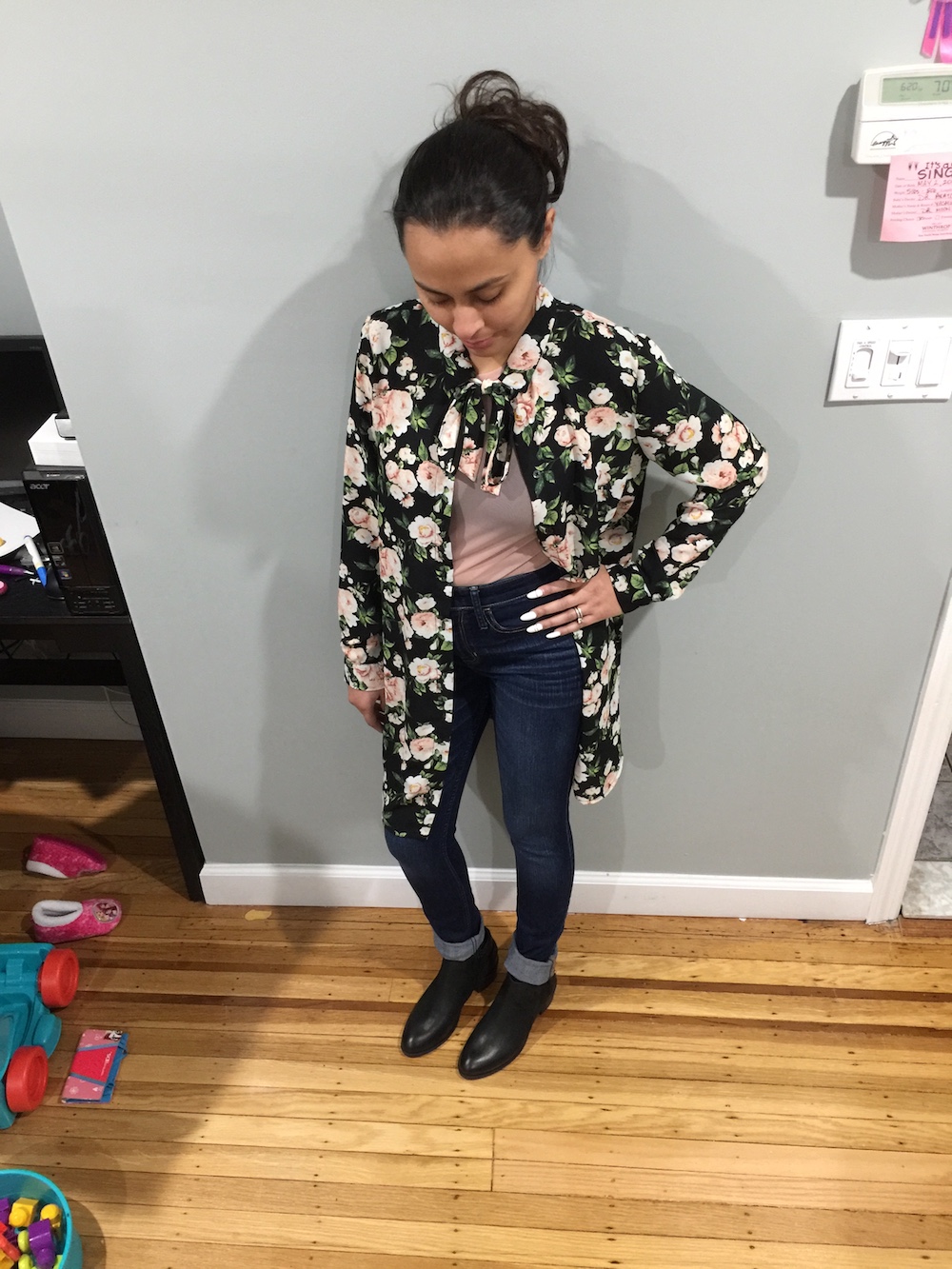 For day three, I went with an unstructured top that was long. It’s suggested that wearing a top like this could only work by rolling up the sleeves and pairing it with a belt and heels, but I just wore it with booties. 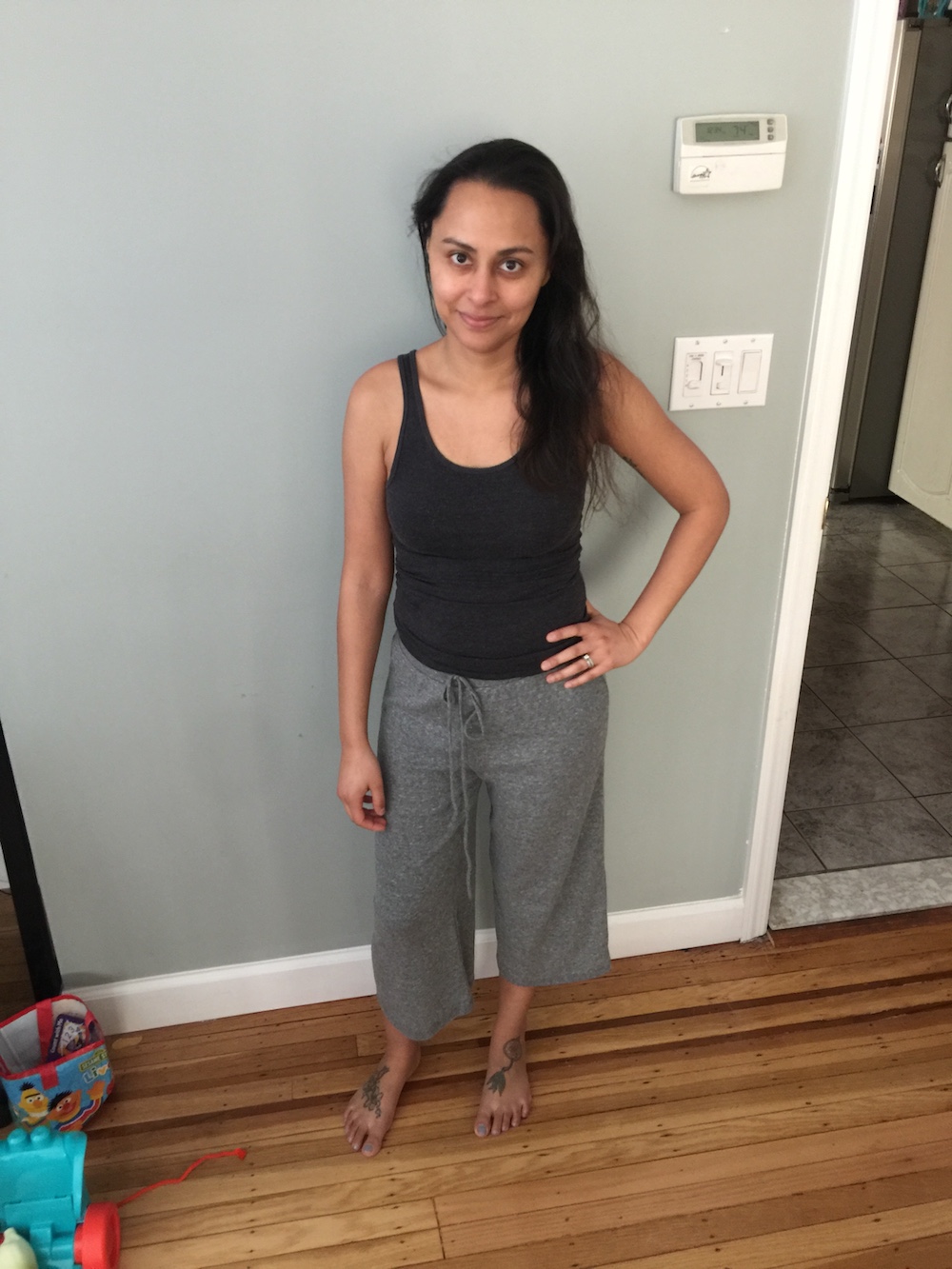 Crop pants or skirts that cut off by the knee or lower creates the illusion of shorter legs. For day four I wore really comfortable cropped sweatpants, which was a first for me. They cut off between my knee and ankle. I didn’t pair them with shoes because I mostly stayed home and cleaned in them. 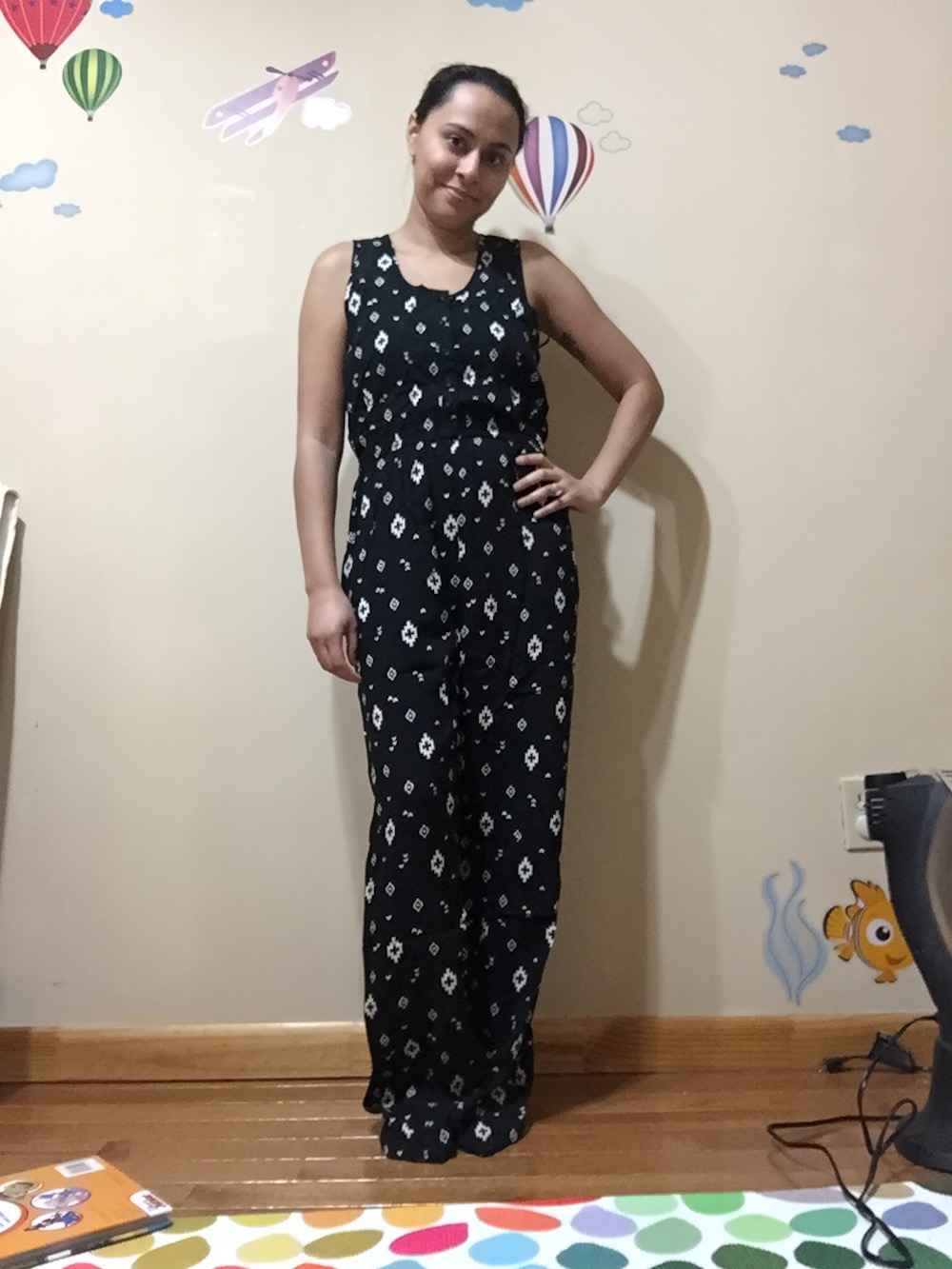 Busy patterns, especially for an outfit that is a one piece like a romper, jumpsuit, or overalls are things I have been told to avoid. Instead a monochromatic style is suggested. Therefore on day five, I found the busiest jumpsuit that I could find and rocked the hell out of it. I felt really comfortable in this one as well, though at times it dragged on the floor as I walked. It was so long that my shoes were hidden but I didn’t care. 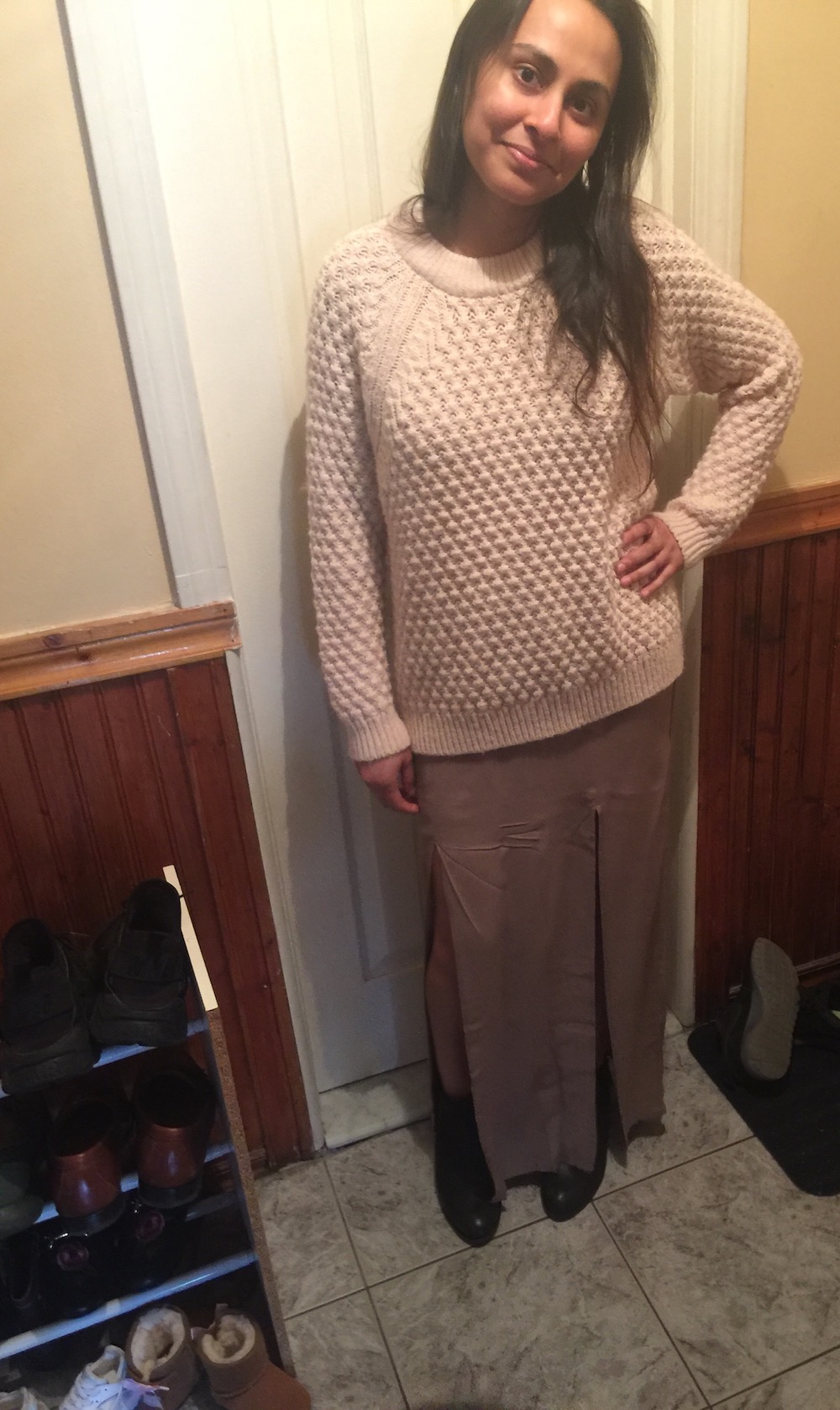 For day six, I broke the rules and wore flats with a long skirt and an oversized sweater. 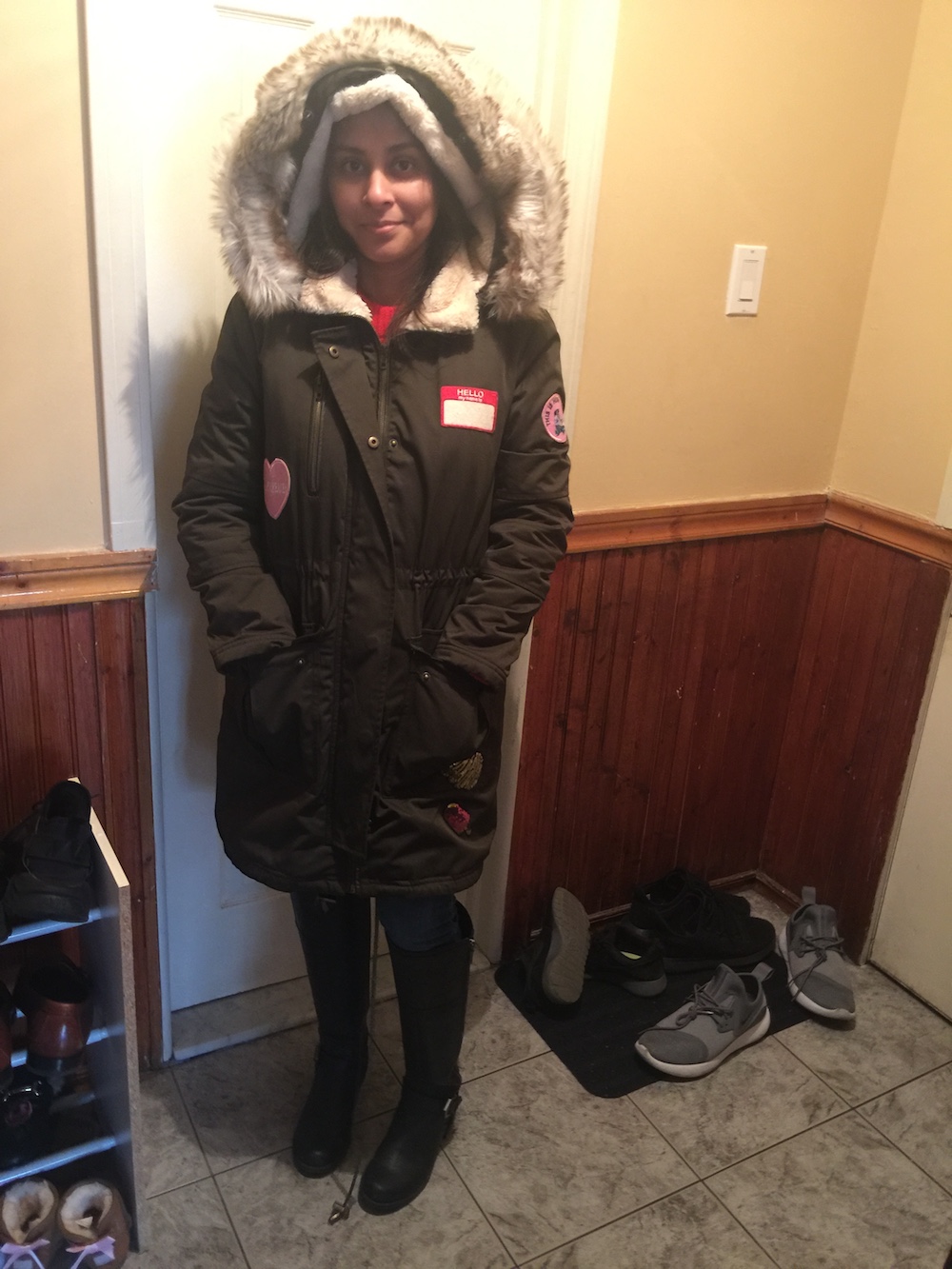 Tall boots and warm coats are a must for winter, but I’ve been told to avoid tall boots — especially with unstructured or oversized coats. So for day seven I was warm and comfortable in boots without a heel and a oversized coat.

By the end of my week-long experiment, I have to say I was comfortable in my own shoes.

I actually hate wearing heels, so I avoided them. Though some pieces felt like I was borrowing my older sister’s clothes, I’m happy I continued and didn’t try to elongate my legs or add height in any way. I have come to love wearing oversized clothes or busy patterns without giving it much thought. I loved focusing on the items I liked instead of focusing on the parts of my body I needed to accentuate or needed to hide.

I think we need to do away with the rules associated with dressing for our body type; instead we should wear what makes us feel comfortable and beautiful. Following rules to avoid drawing attention to a particular body shape or size is the equivalent to admitting that having a certain body type is undesirable or wrong. When I thought about my height or body type in relation to the type of clothing I should wear, it forced me to focus on my flaws instead of learning to love them.

Yes, I’m shorter than the average woman and much shorter than a typical runway model, but it really didn’t matter so long as I was comfortable in what I chose to wear, not what I was told to wear.

If you like this article, please share it! Your clicks keep us alive!
Tags
clothes
unflattering clothes
clothing
woman
short
short woman
Fashion