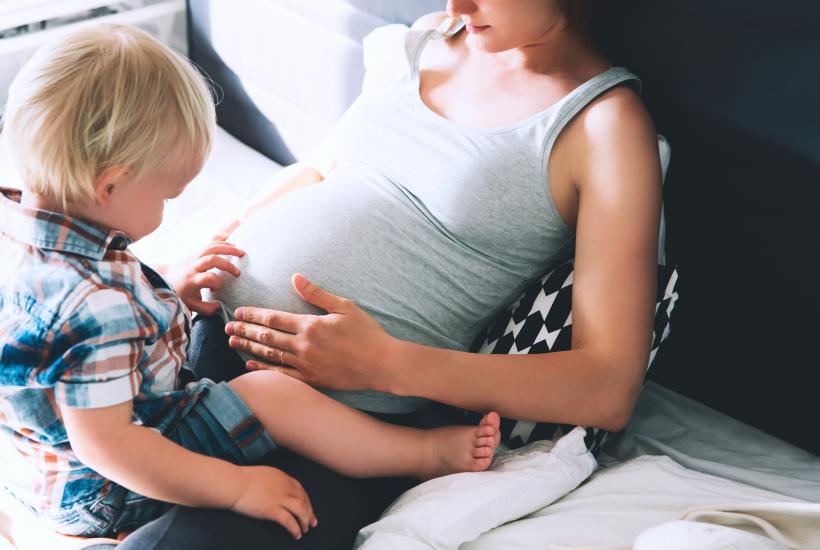 The first step to teaching small children where babies come from is by always correctly naming their body parts.

“I was in your tummy once, when you were pregnant,” my six-year-old said. We were looking at a photo book filled with images of those last belly-popping days of pregnancy.

“Actually, you were in my uterus, but it looks like my tummy from the outside,” I told him.

“How did I get out? Did you throw up, and I came out of your mouth?” Curiosity was bright in his eyes. I tried not to laugh.

“You came out of my vagina,” I said. He already knew what that was, as well as what a vulva, penis, scrotum, testicles, eggs, and sperm were, along with other body parts like eyeballs and elbows.

His face contorted, “But...how? That is really weird, mom.”

Teaching our children about our bodies, consent, and yes — sex — is an important part of raising children.

I was one of those naive teenagers who was teased because I didn't understand innuendos from boys in my class and suggestive scenes in movies. I didn't kiss another person intimately until I was 19. My sex education was abstinence, side hugs, and fear that boys just wanted me for my body so I should stay far away from them. I didn’t know what my reproductive body parts were called beyond whispered giggles of "vagina" or "penis." “Privates” and “down there” left me with an odd sense of shame, with a feeling that parts of me should stay hidden and forever remain in the category of "unmentionables."

I didn't know how sex worked, how babies were made, or what to do if I wanted to have sex because sex was forbidden and bad.

I vowed to create a more body positive atmosphere for my children.

My son and daughter would know what tampons are used for and why I bleed every month. They would learn that no means no, silence means no, and anything but an enthusiastic yes means no, beginning with how I treated them and their bodies from birth. I teach them this through respecting their autonomy and their right to say no, even to me.

The first step to teaching small children where babies come from is by always correctly naming their body parts. It's a lot easier to explain something when you don't have to say a baby came out of your cookie. Or leaving them to assume that it came out of your butt or vomited out of your mouth. The most important reason to teach correct body parts is to emphasize body safety.

Knowledge is power. Informing our children about their bodies is one way we can try to keep them safe.

What about when you get into the tricky parts of answering “how do you get pregnant?” Sometimes, all you need to say is the sperm and egg meet, but often, kids want to know how the sperm and egg meet. So I say, “There are many ways to have a baby. Sometimes a family doesn’t have a uterus, so they use someone called a surrogate to carry their baby, or they adopt. Or sometimes people get help from doctors for different reasons. And sometimes a penis sends sperm into a vagina, and those sperm look for the egg.” Most of this goes over their head for awhile, so I try to answer only what is asked.

Teaching a child about sex isn’t going to make them run off and do it when they are five (or even when they are 15). A five-year-old eventually becomes a 15-year-old who is empowered because they have had a continuous, open dialogue about bodies, sex, and reproduction for their entire lives. They won’t feel shame that they have a period. They won’t feel shocked to learn that a person in their classroom bled through their shorts (they might actually have empathy and offer assistance). They won’t hesitate to talk about condoms and other forms of protection because it has always been a normal, healthy discussion throughout their life.

I tell my small children the truth about where babies come from because it is a natural biological function that has been shrouded in shame and control for too long. I want to change that for them.

If you like this article, please share it! Your clicks keep us alive!
Tags
parenting
motherhood
birth
childbirth
pregnancy
Sex
truth
Body Positive