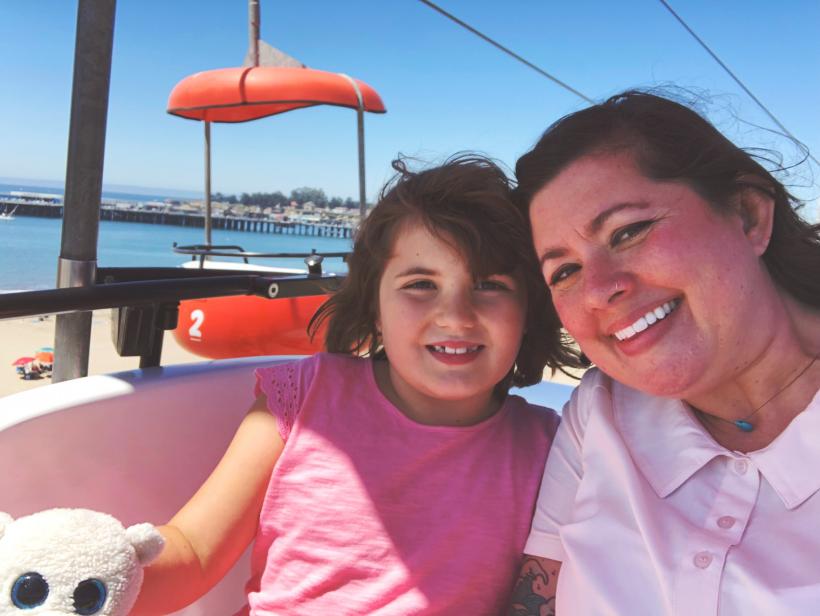 What even is "normal?"

What even is “normal?”

My sister-in-law used to say “normal is just a setting on the washing machine.” I looked recently. my washing machine doesn’t even have a “normal” setting anymore.

I have five children who also look “normal.” Some of them fall into the range of what is “normal,” some of them do not. I’ve never told them they aren’t “normal,” but you can bet they know. Kids always know when they are different from their peers. What they suffer from, or live with, as I prefer to call it, is a range of mental illnesses, psychiatric conditions, maybe something on the Autism spectrum? Other things that we don’t know exactly how to name — curiosities? Differences.

The term neurodiversity refers to the natural (and innumerable) variations of the human brain. In the same way our population is diverse, our socioeconomic status, our family dynamics, our brains, too, are diverse.

The term neurodivergent (a word my phone doesn’t even recognize as a word yet) is relatively new addition to our language and is a useful, more generalized descriptor in a necessary culture paradigm shift around the way we talk about mental health, illness, and brain differences in general. It is simply the opposite of being “neurotypical.”

I first heard the term neurodivergent after I wrote an article about my son. If you are a scholar of heredity, you could say I “gave” my son Bipolar Disorder. I mean, you don’t give your kids your flawed genetic material the way you pass a cold or flu, but you do give it to them regardless. So, I gave him the same thing my mom gave me, that her mom gave her, that her mom gave her and so on.

After I published that article, I received a message from a dear friend (and cultural anthropologist) who said, “Neurodiversity! A gift!” It was the first time I’d ever heard the term neurodiversity, and the first time I’d ever heard the part of me so often thought of as a disease referred to as a gift. She sent me some links to journal articles and from there I found a few books to add to the home library shelf of mental health.

What she gave me was a gift.

She gave me permission to see myself, and my kids, not as broken but as evolving.

In addition to my son, I might have given my seven-year-old daughter her selective mutism or separation anxiety, those aren’t things so easily tracked. She may be on the Autism spectrum which might have come from somewhere in our genealogy. Or maybe it was the vaccines or the sandwich meat I ate while I was pregnant. Or pesticides. Yeah, probably pesticides.

Either way, she is what you would call a “special needs” child. But I like the term “neurodivergent” much better. I’ll tell you why.

Neurodivergent doesn’t point to a specific diagnosis or label.

Diagnoses can be super useful in helping kids get proper treatment, effective interventions for learning, medications. But a child is more than the thing they diagnosed with. We all are. Yes, I am bipolar. I have Bipolar Disorder.

We haven’t broken the word neurodivergent.

We love to distort language. In fact, I think it’s one of our favorite things to take what starts a  perfectly innocuous word and make it negative. Retard used to just mean delay or hold back in terms of progress, development, or accomplishment. Imbecile. Moron. Bitch. Gay. All words that went from perfectly normal to pejorative.

Even the term “special needs” has been corrupted to call kids “special.” Sadly, the word special doesn’t usually conjure a positive image or feeling. Neurodivergent points back to its roots in neurodiversity which only describes a range of differences, not a list of ways we are abnormal.

Neurodivergence is part of evolution.

I can’t find any scientific studies that say so (though, to be honest, I didn’t look very hard), but I’d bet that act of neurodivergence is part of our evolution as a species. As our world changes, so must we. Adaptation is the key to survival. Who is to say that our neurodivergence isn’t the modern day equivalent of Cro-Magnon man creating fire (that might have been Neanderthal, I’m not sure but you get the idea.)

Neurodivergent is a simple, accurate descriptor.

It doesn’t carry the baggage of any other labels we’ve used. It is a definition in the same way it is a definition to say “I am female” or “ I have brown hair.” I am neurodivergent says “I am different” without saying I am broken.