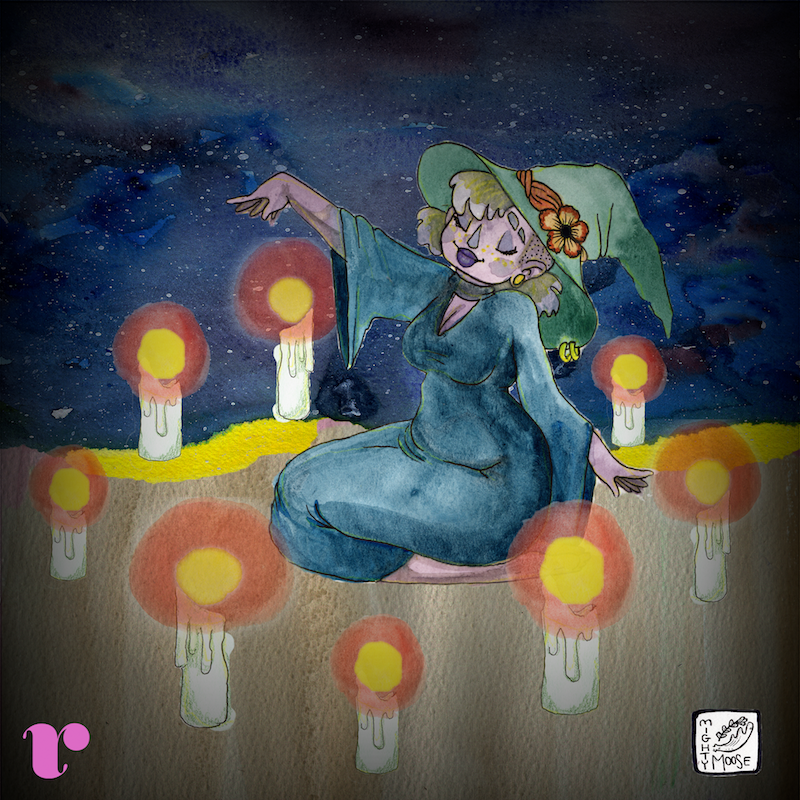 It’s been a very witchy week here at Ravishly. In celebration of Halloween (better known as Samhain within witchcraft), we’ve been publishing essays from all sorts of witches about all sorts of witchy topics. The conversation doesn’t stop there, though! We took to Twitter with a “Witchcraft 101” chat to introduce our readers to some awesome real-life witches and talk about ways to make everyday life a little more magical. We’ve gathered some of our favorite tweets from the chat below. 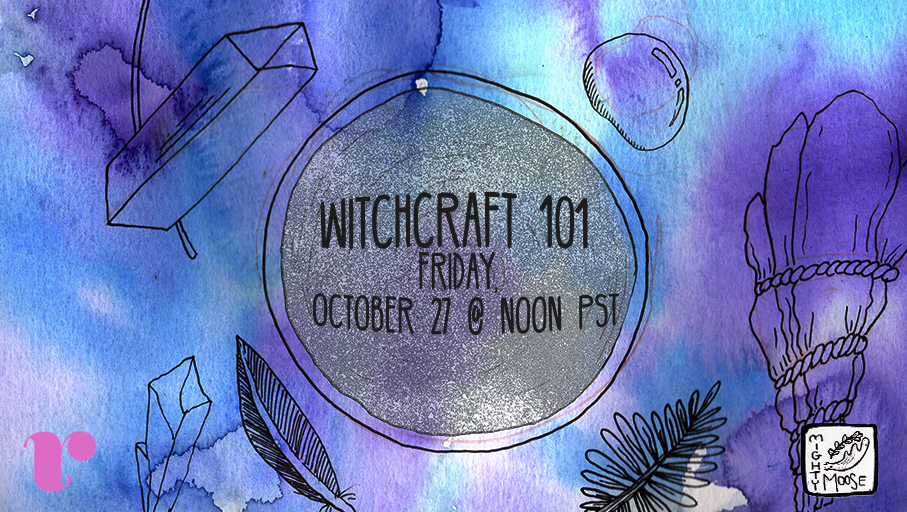 Check out the #RavChat hashtag on Twitter to find the rest! And don’t fret if you missed the chat this time — we’ve got lots more coming your way soon!

We started by introducing our fabulous panelists: Lisa Marie Basile, Haley Houseman, Joanna Valente, and Luna Luna Magazine. Be sure to check out their wonderfully witchy work!

I run @LunaLunaMag and I'm a poet, essayist, + witch. I call myself a witch bc witches are bold+use energy to manifest change. #RavChat

Read Lisa’s Ravishly essay on self-care as an empath.

I'm a freelance writer turned editor at @SanctuaryWrld, where I do a mix of social, editorial, and illustration! I also read tarot. #ravchat

Hi, I'm a writer with a love of Tarot & occult. I bake cupcakes, paint & am making a music album in my band GHOST MOTHER #RavChat

We're LUNA LUNA! We're a site dedicated to the arts, intersectional feminism, and exploration of light, dark (and shadow)....#RavChat

Dive into Luna Luna’s incredible archive on their website!

After introducing our panel, we began with a question about beginnings.

What were your first experiences with witchcraft and the occult? How did you start practicing?

Joanna got their start in witchcraft after an intense experience with clairvoyance:

At the time, I thought something was wrong w/ me, but it really also spurred on a quest for me to study occult/find my own path. #ravchat

Haley grew up in the witch capital of the US, and the evolution of her practice from childhood curiosity to a creative career is incredible!

but I didn't fall into it seriously until I started studying tarot and astrology to better understand my occult freelance beat. #ravchat

Now I witch my way through the world full time working with tarot readers and artists and authors who create in the space, a dream! #ravchat

We also asked witches to think about what advice would have helped them most when they were mere witchlings.

What do you wish someone had told you when you were first dipping your toes into magic and witchcraft?

I think it would have been good to know that you're ALREADY enough. You don't need someone to give you permission to be a witch #RavChat

All too often, people are intimidated by the mystery and complexity of witchcraft, but the truth is that ANYONE can be a witch. All you need to be a witch is intention and commitment to action — no robes, books, or even covens required!

YES! You can buy your tarot cards on Amazon and raid your mom’s spice cabinet for spellwork. Witches are resourceful, not elitist! #RavChat

For our third question, we wanted to know if witchcraft really is as cool as the movies make it look.

How does life as a witch differ from the ways it is displayed online and in pop culture?

Lisa and Holly had an exchange about practicing witchcraft without assuming deity worship:

Some witches (like me) don't have deities. My practice is very connected to self-spirit and the energy of the elements. #RavChat

I separate my craft entirely from my religious practice. My deities can help, but craft is about my own power #RavChat

Joanna tackled misconceptions and stereotypes of witchcraft in pop culture.

Witchcraft has a deeply political past, but what about its present? Does witchery have a place in the resistance?

Before we even get to the answers, there’s this powerful tweet from Haley earlier on in the chat:

I identify as a witch because I think it's a powerful and radical archetype to channel as we look for new ways to shape the world! #ravchat

Working to make change is political. Doing rituals for self care, doing spells for positive change is necessary work. #ravchat

Lisa talked about her fascination with witches who organize online to hex Trump or otherwise apply magic to politics as a collective, adding this:

Witchcraft has a place in the political. Of course, protest/resistance takes MANY forms, but witches can use it for self-care...#RavChat

...and witches can use magick to find comfort/autonomy/peace/community in turbulent times. #RavChat

Amber talked about how interacting with the unknown can be a form of resistance.

Recently, a lot of my dealings with the supernatural have stemmed from my belief that rejecting what we don’t understand is a symptom of patriarchy / colonialism etc. #RavChat

It’s not a true Ravishly conversation without some mention of self-care, so for our penultimate question, we focused on ways witches can work some magic for their own wellbeing:

How does witchcraft and the occult influence your understanding and practice of self-care?

Joanna and Jenni talked about tarot as self-care.

I love tarot so much! As a trauma survivor, nothing has helped me reconnect with my agency and intuition like tarot #RavChat

Luna Luna loves how ritual can help to concretize and adorn acts of self-care.

Say you've had a crazy day+the Internet is losing it's shit/being terrible/touting racism. Self-care is NECESSARY. Rituals can help #RavChat

Haley touched on how we can use witchcraft to solve abstract problems we are thinking through:

I think craft and ritual work is a great way to do the work of accessing, analyzing, and breaking down these ideas #ravchat https://t.co/4oxte6Z3Si

We finished up with a question about easy ways to get started with witchcraft:

What are you Witch “essentials”? What rituals or principles could help create a great foundation for further practice?

Joanna suggests starting with tarot and astrology — two things most people are at least semi-familiar with already!

User Viola Lemon made an excellent point about how there’s no wrong way to get started.

A6 cont'd: That said, personally I'm drawn to crystals and tarot as tools. Everything has energy, you just need to tap into it. #RavChat

And Haley recommends some great resources to start learning on Twitter!

Big thanks again to our amazing panelists and to everyone else who participated! It was so lovely chatting with all of you, and we hope that we were able to make witchcraft and magic feel more approachable and applicable to your daily lives!

Don't miss our next chat! Follow us on Twitter for more discussions on everything from practicing witchcraft to raising babies and beyond.