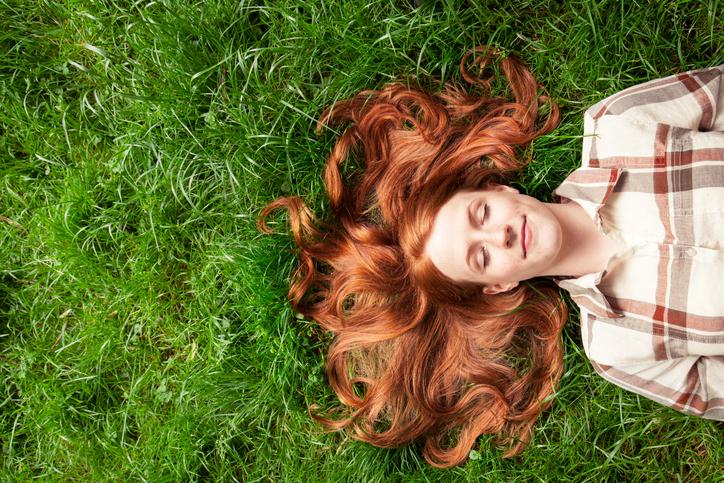 One day about five years ago — an ordinary, average day — I answered the door to a delivery guy. He seemed like an alright guy. Brown hat, nice disposition, nothing too remarkable. But I was struck by an intense, overflowing sense of sorrow as I looked into his eyes. It was nauseating, and it set me off down a confusing road of what happened?

My friends were dumbstruck at my crying. I tried explaining, tried to say that I felt the guy at the door. I felt that on the outside he seemed like your average person — but underneath was a different story. It felt like whatever pain or trauma he carried with him was transferred onto me — thrown at me at jet speed. It was like psychic residue, sticky and real and unimaginably strange.

“You’re an empath,” my friend told me.

“You intuit others’ emotions.”

It made sense. All my life I’d been sensitive; I could read a room and everyone in it — no matter the mask they wear in public — in a split second: Sad. Jealous. Intimidated. Liar. Wounded.

And I could spend a night crying in my bedroom if I’d been around people whose energies were oppressively sad or lonely. For a long time, I had no words for it. I thought, maybe, that I was just a poet by nature, or that my cthonic nature was due to my birth date (#Scorpio). But it’s not just poetry that makes me feel — and I’m not sure I fully believe in astrology (or anything).

If you’re an empath, you probably easily absorb the emotions of others, need time alone to decompress, have accurate gut reactions to people and situations, feel dizzied in large crowds, often feel dried-up or overwhelmed — especially after social occasions — and genuinely feel the pain or joy of another person.

I do, however, believe that we use a lot less of our brain’s innate capabilities than we might think. I’d say a large part of that is our senses — and being able to sense another’s feelings or become intoxicated with the energy of others. In fact, there are science and studies behind the empath. It’s not just a new-age-y construct, which is what I think keeps people from admitting their empathic ways.

If you’re an empath, you probably easily absorb the emotions of others, need time alone to decompress, have accurate gut reactions to people and situations, feel dizzied in large crowds, often feel dried-up or overwhelmed — especially after social occasions — and genuinely feel the pain or joy of another person. You may even be significantly affected by nature — the tides, the weather, the seasons.

But maybe that’s still too broad?

According to Orloff, there’s a fine line between simply being what she calls a “highly sensitive person” (HSP) and being an empath. Both groups share, “a low threshold for stimulation; the need for alone time; sensitivity to light, sound, and smell; and an aversion to large groups. It also takes highly sensitive people longer to wind down after a busy day, since their ability to transition from high stimulation to being quiet is slower….However, empaths take the experience of the highly sensitive person much further: We can sense subtle energy (called shakti or prana in Eastern healing traditions) and actually absorb it from other people and different environments into our own bodies. Highly sensitive people don’t typically do that.”

Empaths also may feel deeply spiritually or emotionally connected to others, animals, or nature.

This can all be, as I know, enriching, beautiful, and even helpful — but it becomes exhausting when unmanaged. Imagine if you were standing against a wall being pelleted by every conceivable emotion: sadness, hope, joy, grief, desire, anger, lust. Imagine feeling it swirl inside you, unasked-for, sticking to your core. It fucks with you.

By taking in the energy of people around you, and internalizing it, you create a sort of petri dish of thoughts and feelings.

How much of what you’re feeling is you —and how much of it is other? It can be tough to navigate.

For example, I work a 9-5. I’m on a bus, on a subway, at an office, and I’m surrounded by people all day. The downtime I get is very limited — so being able to wash off that residue is key. Otherwise, I feel anxious, exhausted, irritable, and profoundly sad. I have correlated these responses to days when I don’t take the time to decompress. On the weekends when I have more free time, for example, I’m usually more balanced.

But now and then, a person walks by, and I ingest all of their energy— or a conversation opens up a Pandora's box of feelings, and I’m stuck sitting with them. I can tap into it, but sometimes it happens at me. I feel like they weigh a ton. I'm filled with these feelings and am left feeling like I can’t wrap my mind around the fact that anyone could possibly be sad or alone or shameful. I end up deeply confused about life’s hardship. It feels impossible for me to move on.

But I recognize this about myself. I know when I’m spiraling too hard.

And I know when I need to put up my proverbial armor so that I can feel my own feelings and move through those on my own, without anyone else’s muck. I think back to the delivery guy whose face drowned me in a sea of emotion. I could sense his hurt. And it wasn’t a projection or false narrative. I truly believe it spilled onto me.

Has this happened to you?

All of that said, if you can manage the intensity of your empathic abilities — whether you believe they’re spiritual in nature or simply a byproduct of a sensitive brain — you can prosper without losing your mind. (I’m no expert, but I’ve discovered a few strategies.)

This is the most important one of all. Even if you can’t move through the emotions, taking the time to step away from the world works wonders for me. Throw on a little Zeppelin, pour yourself a cup of tea or wine, and sit back in a room without anyone else. Meditate, read a book, stretch — whatever you need to do to decompress.

Recognize that life is hard and you can’t change that.

You likely can’t save everyone. You can’t prevent sorrow. You can’t eradicate suffering. Knowing this hurts, but these are key facts that have helped me get through hard days. It’s so easy, as an empath, to get hung up on someone’s suffering. It helps to know that although you feel it, the world is a mechanism unto itself that usually has a path. You can send healing energy and think positive thoughts, but ultimately all you can do is step back and let the universe do its thing. It’s an impossible notion, but it is so important to remember.

Visualize the space between yourself and others.

If you’re surrounded by people whose energies are not mixing well with your own, visualize a field between you and them. Obviously, this is symbolic, but it can help you maintain vigilance.

Know when an emotion is your own and when it’s not.

It’s sort of like the movie Inception — you’ll need a way to learn this. Sometimes it’s not as easy as you think. You spend a day with a friend who might be a little frenetic, and you come away feeling zapped and agitated and all wiry. Most people shake it off, but it sits with you and becomes you. In those moments, when you feel yourself sapping up all those not-you feelings, invent a sigil (a symbol) you draw or a word you utter to create the divide.

If you like this article, please share it! Your clicks keep us alive!
Tags
empath
empathy
dopamine
minds
emotions 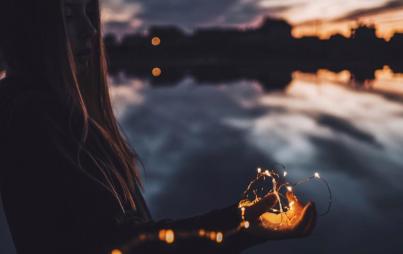 What It Means To Be An Empath