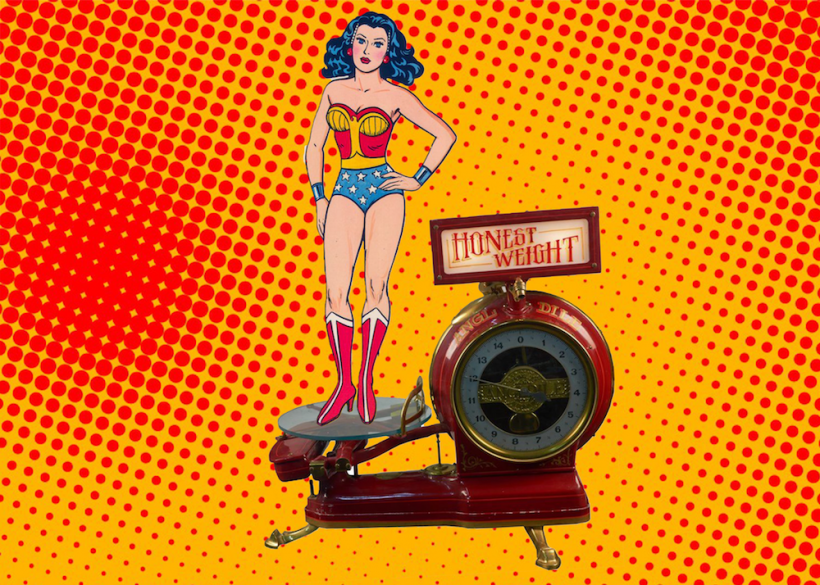 When my dad was away on business, my mom would let us eat TV dinners (mmmm, weirdly over and undercooked at the same time somehow also overcooked brownie) and watch Wonder Woman. Seeing Lynda Carter kick some badguy ass using fabulous accessories was a happy moment in the life of a budding feminist.

So I’m super excited that Warner Bros Wonder Woman, starring Gal Gadot, is coming to theaters on June 2nd. If you didn’t know, it may not be your fault since people are pointing out that the first super heroine film in practically forever is not getting the marketing that her counterparts get.

In a piece for UPROXX, Donna Dickens points out:

Approximately a month before Warner Bros. releases one of their biggest films of the year, one that will go down in entertainment history one way or another simply for being the first film starring Princess Diana, the company has released three trailers and two “Tilt Brush” videos explaining the concept art.

At the same point in the marketing cycle for Suicide Squad, the villainous flick already had three trailers, four TV spots, a “Buy Advanced Tickets” promotional video, and fun little biographies for each member of the team. That’s a hell of a lot more promotion for a B-string list of heroes (at best) than for WONDER WOMAN.

Things get even weirder if you hop over to the official YouTube page for the upcoming Justice League film. The movie, which comes out in November 2017, already has six videos: one trailer and five “Meet the team” biographies.

And Dickens isn’t the only one who noticed. As Wonder Woman fans began to ask, loudly, where our trailers, meet-the-cast videos, behind-the-scenes features, and Wonder Woman merch were, Warner Bros responded gave us this: 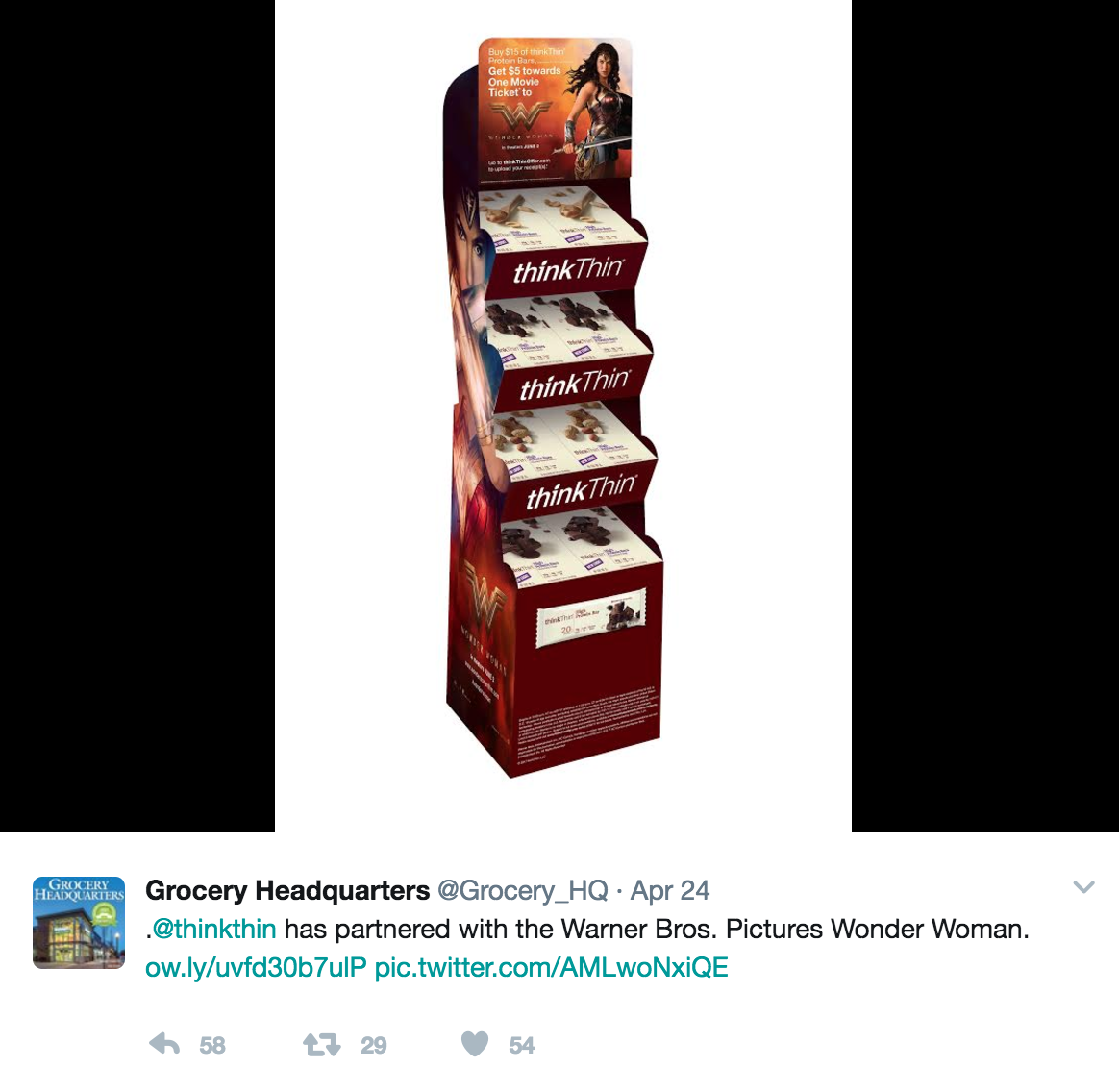 This makes me want to bang my head on All. The. Desks.

According to the National Eating Disorders Association:

We are passing our unhealthy obsession with thinness onto girls and it’s causing them to have issues with food, movement, self-esteem, and body image that can last a lifetime. So the last thing they (and we) need is for Wonder Woman to be endorsing diet products. Especially when, as Patricia Garcia pointed out,

What do Wonder Woman fans get?

Five bucks off our movie tickets if we buy $15 worth of bars whose package was created to remind us to never not be thinking about our weight. Ugh. This makes me want to put the people responsible for this on an invisible plane to the middle of nowhere.

We have to put this marketing decision in context. We live in a world where women are constantly given the message that how we look is more important than anything that we could ever accomplish (if you’re not sure about this wait until the next Oscars and see how many articles there are about the female nominees' actual work — you know, what they are actually nominated for — vs. how many articles there are about their dresses, shoes, hair and manicures). Warner Bros. could have looked for partnerships that celebrate Wonder Woman’s strength, courage, and intelligence — instead they focus on her weight.

This tone-deaf decision from Warner Bros marketing department isn’t going to stop me from seeing the film and I hope it doesn’t stop other people (especially since there is, what I think is, a very justifiable fear that Warner Bros is using the lack of marketing to give us that old Kansas farmboy shrug while they say that they just can’t get people to go see movies with women superheroes.

So I’m going, and I’m taking all of my friends with me, and we’ll cheer our heroine while eating popcorn. With butter.