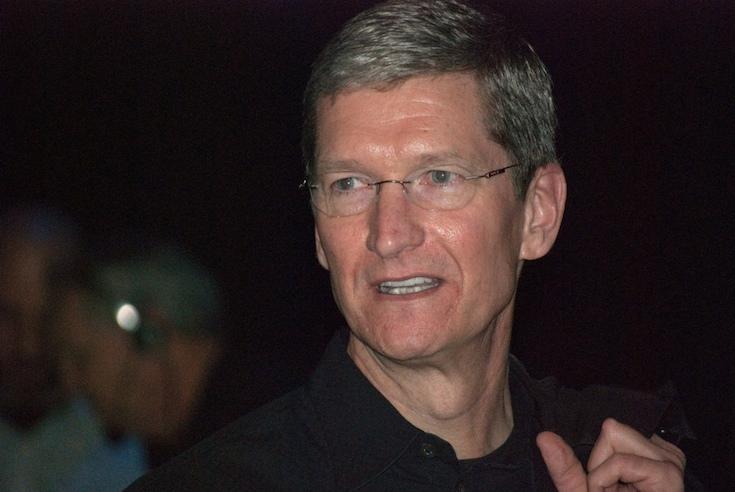 Outrage was sparked across the nation when Indiana and Arkansas announced their intention to enact LGBTQ discrimination laws. Though the states claim their laws serve the needs of religious business owners, the truth is clear: It's a move to squash basic civil rights.

Many tech giants—like Yelp and Salesforce—are fighting against the laws. And now, Apple CEO Tim Cook has joind the fray, penning a scathing op-ed in The Washington Post to critique the legislation.

"America’s business community recognized a long time ago that discrimination, in all its forms, is bad for business. At Apple, we are in business to empower and enrich our customers’ lives."

I mean, I think the Girl Scouts could tell ya that.

"I have great reverence for religious freedom. As a child, I was baptized in a Baptist church, and faith has always been an important part of my life. I was never taught, nor do I believe, that religion should be used as an excuse to discriminate . . . Discrimination isn’t something that’s easy to oppose. It doesn’t always stare you in the face. It moves in the shadows. And sometimes it shrouds itself within the very laws meant to protect us."

"Men and women have fought and died fighting to protect our country’s founding principles of freedom and equality. We owe it to them, to each other and to our future to continue to fight with our words and our actions to make sure we protect those ideals."

"This isn’t a political issue. It isn’t a religious issue. This is about how we treat each other as human beings. Opposing discrimination takes courage. With the lives and dignity of so many people at stake, it’s time for all of us to be courageous."

Bravo, Cook! Though tech giants can be annoying, their role in fighting back against the hate is commendable. We can't wait to see more giant corporations stand up for LGBTQ rights.

The gauntlet has been thrown.