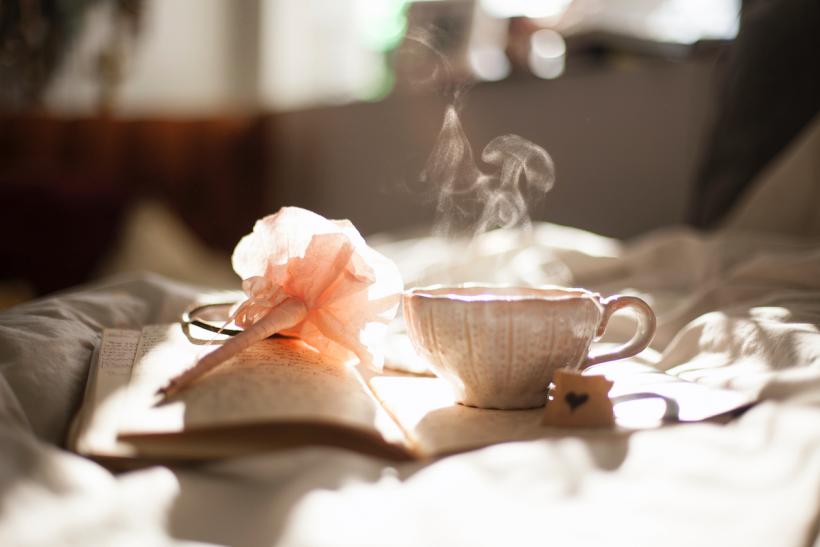 Photo by Carli Jeen on Unsplash

During my mid-20s, I first delved deeply into the work of the writer Anaïs Nin. Before then, I’d read bits and pieces of her work — always knowing that I would, when ready, return to it. As it is with most of the great works of our lives, she found me when the time was right, when I could incubate her emotion and resuscitate myself through her abundance. I was always too guarded, too busy, too scattered to sit down and let the velvety intensity of her work move through me.

You may have read her diaries or her letters to Henry Miller. Within these works lives a whole entire world of expression and bravery (and ego and mania and trauma and desire and more). In the 1940s, she was writing explicitly about topics such as sexual desire and abortion—words that were kept silent, for they were unthinkable, punishable. She was widely mocked, often deplored by critics for both her personal life (she — gasp! — had two husbands) and her literary works — and yet she has earned her place as the literary patron saint we adore now. (She would be so pleased). Over time (and largely posthumously), as time is wont to do, she has become both a feminist icon and a literary muse. She’s certainly my literary witch archetype.

“It is true that I create over and over again the same difficulties for myself in order to struggle over and over again to master them [but] to continually struggle against the same problem and to continually fail to dominate it brings a feeling of frustration and a kind of paralysis. What is necessary to life, to livingness, is to move on, in other words to move from one kind of problem to another.”

Reading her works, I have always wondered: How did writing her feelings and desires and fears in letter or diary form change her relationship to those feelings? Without writing all of this down, would she have realized her tendencies toward creating difficulties for herself?

Is there a certain quality to letter writing or diary keeping that inspires the confessional? I believe so.

Our words are our magic. Once the words are thought, intent exists.

The truth is staring back at you — asking you to make a change or bury it or let it go. Whatever it is, the garden has begun to grow, and it must be tended to in some way or other.

That’s the silent promise you make to the page and to yourself; when you write, your mind floods and you become a vessel for the truth (or whatever version of the truth needs to exist at that moment).

The mind is the translator, the page is the vehicle, and something more intangible — something divine, the self everlasting, perhaps the soul — is the ultimate recipient. That something changes you and upends your reality.

When we write specifically for the page, or for one reader, we wield a massive responsibility to uphold a deep truth.

We stop writing for success or Instagram likes or money. We start to write for ourselves, or for the intimacy between ourselves and the reader. This is the case even if the letter will never be delivered (that’s not to say Nin wasn’t ecstatic when her personal journals became a best seller de rigeuer).

Only after reading your own words do you discover patterns and themes that perhaps you would have missed in your everyday life. In letter writing, there is a vulnerability that takes place necessarily; why write a letter if you won’t show up for it?

Why express anything at all — in such a delicate, deliberate, and painstaking manner? After all, a letter is not a passing thought or a forgettable text message; it’s a statement, a declaration, a confession. It’s a storm.

For this ritual and writing prompt, you will be examining the inherent power of letter writing — as a tool for reconciliation, healing, closure, acceptance, and honor. But you can also write letters to express rage, jealousy, and fear.

It can feel as though we’ve lived many lifetimes. To prep, think on your childhood, your teen years, and who you are now. What was lost? What remains? Who we are now has changed so much from who we were. At the same time, there are things that having a lasting impact, good and bad. Ghosts linger. Sometimes that ghost is you.

Our traumas, our growth, our pain, our losses, our loves, our whimsies, our accomplishments — these are the things we’ll be writing to in this practice.

I have written letters to the girl I was at 15. She was so lost, so sad. She moved from homeless shelter to shelter, to a foster home and then another — always looking for an anchor. Within her heart lived thousand hopes and goals. She was excited to write, to study, to live — and yet always felt held back by a need to survive her trauma. She couldn’t simply be, as she was struggling. In her, a darkness grew.

That darkness was her fuel, but it also hurt her. She had self-esteem issues, felt alone often, felt unworthy. In my letters to her, I tell her what she’s accomplished — what her steadfast determination did for her. I tell her what her pain gave her — art! Empathy! A softness. An ability to adapt. A leaning-into the malleable, the liminal. Through her pain she found magic and ritual and poetry, and all of this carved a life she’d love today.

Writing these letters to her allowed me to heal her, and as a ripple in space-time, I largely healed myself today. I am not perfect, but I am better.

THE RITUAL: WRITING A LETTER TO YOUR YOUNGER SELF

Light a candle. Look into the flame and take note of what thoughts arise when you think upon your younger self.

As you look at the flame, conjure the person you were. Quietly welcome them into the room; sit with them. What are they wearing? What are they feeling?

Choose a memory or a era in your life and write a letter to yourself. What’s the goal? Is it to remind your younger self of the love they have but never felt? Is it to congratulate them on their resilience? Is it to say that their weakness and struggles were beautiful? Perhaps you will pull a tarot card to find illumination or specificity in this process. Perhaps you will think on how your birth chart influenced the person you were.

Life goes by so quickly. We are so busy existing in the middle of it that we rarely look back and study what happened:

What would you tell your younger self?

What were you wearing?

What do you want them to know?

What do you want them to let go of?

Write all of this down.

Keep it in a place where you can let it go, or return to it.

If you want to work more with journaling magic, I include lots of it in my book, Light Magic for Dark Times. & follow me on Instagram for more prompts and literary goodness.

If you like this article, please share it! Your clicks keep us alive!
Tags
journaling
Healing
writing
letter writing
Anais Nin
diary