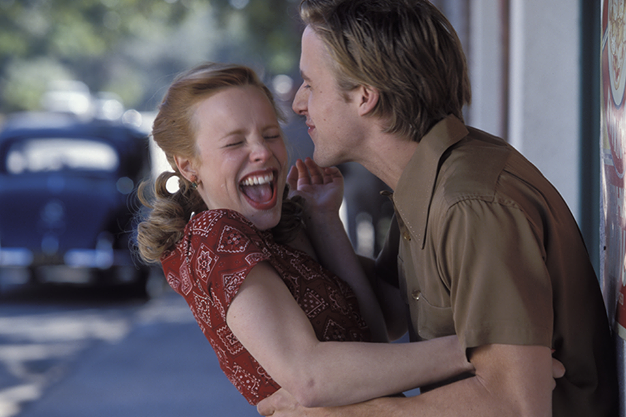 Last week, the tissue-ready romance The Notebook marked its 10th anniversary. At the time the film was being made, countless rumors circulated about the relationship of stars Ryan Gosling and Rachel McAdams.

They hate each other?

Alas, we have finally learned the truth, and it ain't pretty. RyRy did have some hate for Rach in the beginning—director Nick Cassavetes came clean about the tension. Allegedly, Gosling once went so far as to say, "I can't do it with her."

Despite that initial hostility, the duo did—be still our beating hearts—actually fall in love. In an old quote, resurrected by le Internet, Gosling made a surprisingly schmaltzy—and bold!—comment about their relationship:

People do Rachel and me a disservice by assuming we were anything like the people in [The Notebook]. Rachel and my love story is a hell of a lot more romantic than that.

(Psssh, too bad there's nothing more romantic than The Notebook so shutyourdamnmouth!)

But Wait: Science Backs Ryan Up!

Lo and behold, there actually is a fine line between love and hate. The neural circuit that activates when we feel "hate" is also illuminated when we feel "love." More specifically, the putamen and less-hilariously-named insula are utilized in both states. The putamen is responsible for prompting movements and uses dopamine to get the job done. Dopamine helps us regulate emotions. Then there's the insula. This handy-dandy little brain region controls social emotions. Insula doesn't discriminate: lust, disgust, addiction, pride and guilt all result from activity in the insula. See? It all ties together!

The biggest difference between the two emotions (at least, neurologically speaking) is that a big part of the cerebral cortex (the part of the brain responsible for reasoning) is turned off when in love. With hate? Just mildly deactivated.

All that passionate dislike between Gosling and McAdams easily could have led to romantic feelings, scientifically speaking. So maybe Gosling just let his reasoning take a vacation for awhile?

This revelation admittedly isn't too earth-shattering. Hate and love are both states of passion that defy logic (at least, to outsiders). How many times have you found yourself hating your squeeze mid fight, only to be wrapped in a loving embrace shortly after? Plot lines also cater to the angry lovers archetype: hellllo Dr. Cox and Jordan! Also—like it or not—fighting is expressing a form of intimacy. Arguments aren't the healthiest, but then again . . .  where would we be without makeup sex?

Image: I hate to love you! And love to hate you! Courtesy of, Facebook