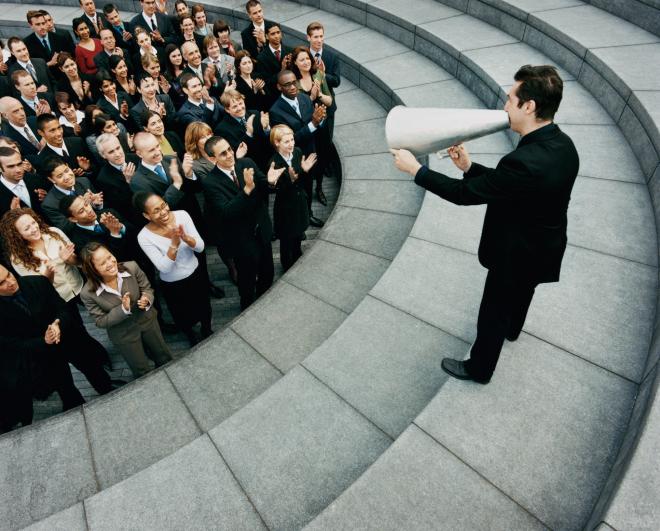 Here's a thing we're definitely over: powerful people spreading dangerous health fallacies. The latest leader to enter the fray of misinformation is Minnesota Republican house candidate Bob Frey, who recently released a statement about AIDS contraction so boneheaded that I initially thought it was satire. This quote alone illuminates the necessity of accurate sex education across the world:

When you have egg and sperm that meet in conception, there's an enzyme in the front that burns through the egg. The enzyme burns through so the DNA can enter the egg. If the sperm is deposited anally, it's the enzyme that causes the immune system to fail. That's why the term is AIDS—acquired immunodeficiency syndrome.

The publication that released this statement was quick to note that there's "no scientific validity" to Frey's claim. Because, duh. I mean, that's even worse than my kindergarten fear that stepping in spit would make me contract the notorious virus. The difference? I wasn't disseminating that lie to the masses. And I was five years old.

Gather round, because here is what actually goes down.

First things first: AIDS is a virus, not an enzyme. These are two different things. AIDS begins as HIV. One can contract HIV from rectal fluids, semen (and pre-cum), vaginal fluids, blood and breast milk. Touching these fluids alone won't make you contract the virus. Instead, the infected fluid must come into contact with a mucous membrane or damaged tissue. Or, it can be inserted directly into the bloodstream.

In laymen's terms, this means that you can get HIV if stuck with an infected needle or through various sex acts. A possible—though less frequent—method of contraction is through pregnancy and breastfeeding. New mothers can undergo treatment to help prevent this.

Also: We have these cells called CD4. They help your immune system by fighting infections. HIV essentially annihilates CD4 cells. Now, we have a lot of CD4 cells, so those infected won't die the moment cold season starts, thanks to modern medicine. AIDS is actually a stage of HIV when the CD4 count falls below 200 per cubic millimeter of blood (as opposed to 500—1,000). Frey missed that point as well.

Congratulations! You now know more about AIDS than a Republican politician. Now let's start spreading some sweet truths instead of dirty lies.