Sex And The Talmud: Ultra-Orthodox Jewish Men Are Obligated To Make Their Wives Come First 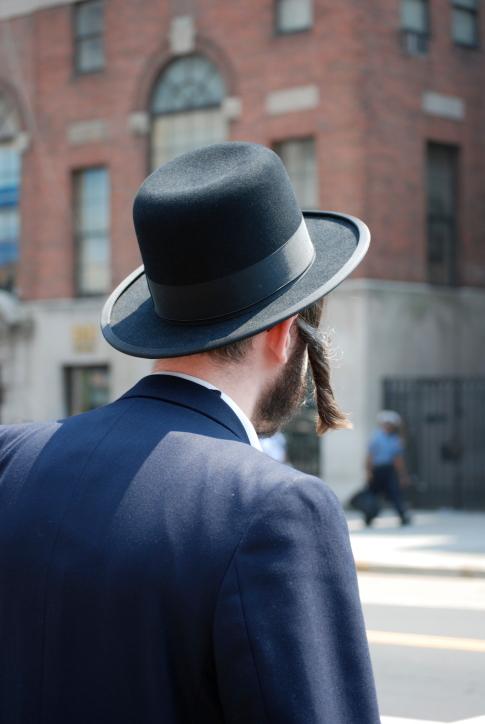 Nosy minds want to know: who's having the best sex? Lesbians? Artists? Lesbian artists? Or maybe it's a very different demographic altogether. A recent interview by New York Magazine offers up some, well, unorthodox thoughts on the matter. In it, Rabbi Shmuley Boteach, author of Kosher Sex and Kosher Adultery, argues that ultra-orthodox Jewish folks actually knock boots the best (concerning, of course, just heterosexual couples). And, the man makes some solid points.

All Hail The Lady Orgasm

The Talmud makes married life look kinda awesome. Premarital sex is off the table (so, I won't be joining), but letting that sexual tension build over the years could be worth it? The holy book specifically states that sex is a wife's right—but a man's obligation. In fact, it's the guy's duty to make sure that his lady orgasms before him. Not only that, but the man is forbidden to "compel his wife to have marital relations."

So, no means no. And yes means, "get that orgasm ragin'." And that's not all of it! Sex is also meant to be enjoyed only in times of joy. No angry sex here (which, real talk, is overrated). There's also an emphasis on lots of intimate body contact too. Hello mind-blowing oxytocin rushes!

There's a snag in this sexy fabric. Couples aren't supposed to make the beast with two backs during or immediately after a woman's period (for a span lasting a total of 12 days!). Worse yet, they don't even share a bed during this time. Ummm, do you guys realize how horntastically turned up women are during this time? What!?

According to an Orthodox Jewish woman (who asked to remain anonymous), this actually is a blessing in disguise. She says that this builds tension between the couple. Once the time is up, the two can barely restrain themselves. In a way, waiting itself becomes a sexual act. And these thoughts are echoed by the esteemed Rabbi Shmuley Boteach who concedes that this waiting is "not easy to keep, but it leads to lust."

Sure there are other intricacies (hair covering, for instance) that complicate things, but overall it's an interesting religious perspective on sex. If you follow a religion, it should bring you joy. And this one seems like it can bring some toe-curling, screaming joy. And a lot of it.