Ugandan Men Claim Penises Are Too Big For Condoms 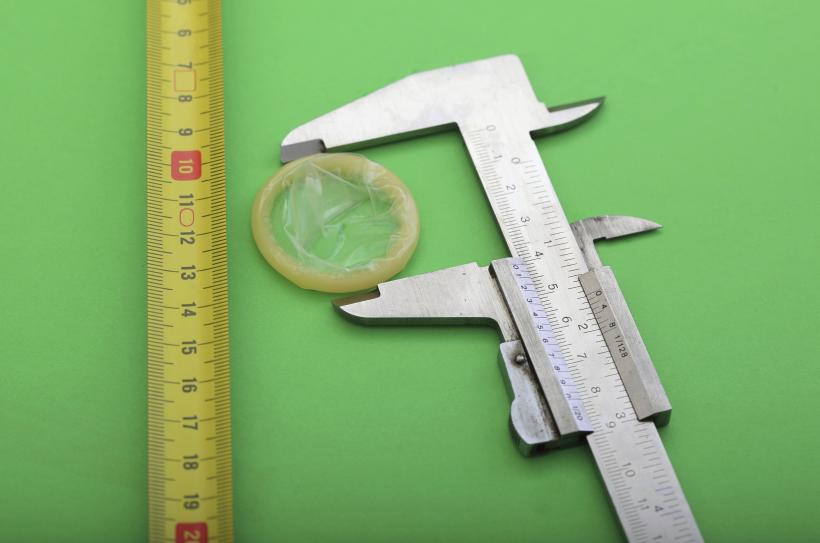 When hearing that Ugandan men claim they have such big dicks they break every condom, it's easy to make a joke about needing to move there. ASAP. (Wink, wink.)

But sadly, we need to get the serious—and bleak—shit out of the way first: We've still got a long grueling fight against AIDS ahead of us. Uganda is in trouble. The solution could be an easy fix though. Right now, the prevalence rate of infected Ugandan adults alone is 7.4%, or approximately 1.6 million people. More disturbing still? This figure has been rising despite its initially massive drop in the 1990s; just two years ago, the rate was 6.7%.

OK, I'm gonna ahead and state the obvious; the objective here is to reduce the rate of AIDS. And what's an easy way to prevent the sinister spread? Affordable, effective condoms. Easy. Clean. Sexy. Seems like it should be a done deal, but alas, no. So what gives?

A whole host of men have been repeatedly telling the  Ugandan parliament that the available condoms simply aren't long enough for their, uh, members. This causes the condoms to break, and for some men to avoid them altogether. Obviously, this undermines said condoms' ability to protect against diseases like AIDS.

Someone is going to have to purchase a zillion MAGNUM condoms and disperse them around Uganda. And I should definitely be that person. But before I zoom off to catch my flight, allow me to drop some safe lovin' knowledge. On a personal note, rubber breakage has happened in my bedroom. It's a frightening feeling.

Let's imagine you've snagged a large one—at least, for the night—from the proverbial pond. Mad props to you. But also, heed this advice to avoid any tearing mishap:

1. For the love of Aphrodite, do not use two condoms at once. This causes friction, which leads to tearing. I find it sad that I even need to write this, but apparently it still needs to be stated.

2. Pick one that fits. They make different sizes for a reason. Ask the man what works best for him. If you're too scared to pop this question, you shouldn't be having sex with him. Or anyone.

3. Pinch the tip of the condom to make room for the semen. The box tells you this (suggested: half-inch space). Don't assume the dude will do it for you.

4. Don't use expired condoms; a date is provided for a reason. The latex starts to dry, and the condom becomes more brittle. This makes it easier to break, especially if he's already big.

5. Need lube? Try a water or silicone based kind. Do not use an oil based type (no bueno for the latex.)

Lastly, take care of yourself. If you begin a relationship with a man who is bigger than you're accustomed to, you may feel uncomfortable down there (especially if you are a frequent bike rider). Speak up. See if you two can work on the adjustment.

And in case you still don't believe me about Uganda, here's a news report: