Kesha Sues Producer Dr. Luke For A Decade Of Abuse 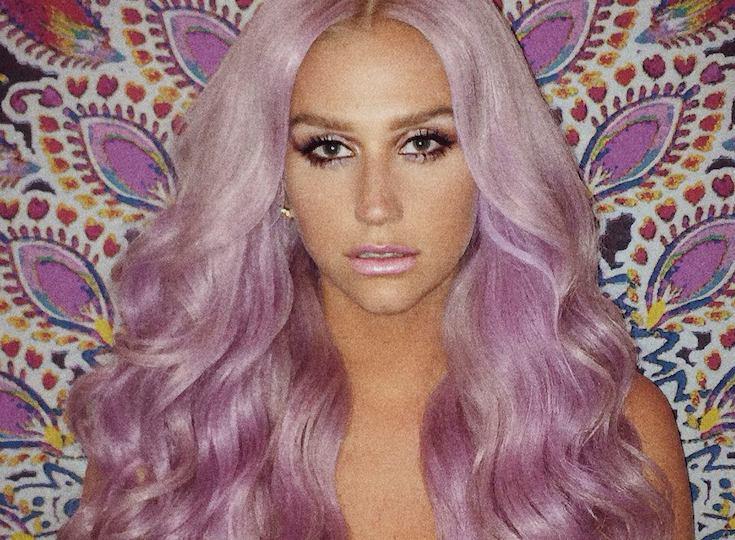 Kesha is having a rough time.

OK, that's putting it mildly: The woman is suffering the ramifications of a severe eating disorder (just the deadliest mental illness on the planet) and sexual assault. To make matters worse, rumor has it the responsible party for her pain is none other than her producer, Dr. Luke. Kesha is currently suing the not-so-good Dr. for a decade-long bout of abuse. And of course, to sever her contract.

I mean I know the girl all swagger and Jack, but can we just give her a hug already?

Kesha signed with Dr. Luke when she was just 18. As the co-producer to her break out hit "Tik Tok" (you know, the Mona Lisa of pop songs) in 2009, it's safe to say that Dr. Luke did help Kesha gain radio-melting, mainstream attention.

Additionally, Kesha reports physical abuse involving a "violent thrash[ing] of arms" that forced her to flee his Malibu home—barefoot—into the surrounding rocky terrain to escape him.

But the worst tale we've heard so far?

The singer also claims that Dr. Luke gave her "sober pills" after forcing her to consume a whole lot of alcohol. If your bullshit detector is going off, you'd be correct: said "sober pills" were something else entirely, though Kesha still isn't sure what. All she knows is that she woke up naked and sore in Dr. Luke's bed the following afternoon, with no recollection as to how she got there.

The allegations surrounding Dr. Luke's role in Kesha's eating disorders (both anorexia and bulimia) have been bubbling about in the news cycle since January. According to her mother, Pebe Sebert, Kesha had a breakdown before Christmastime, which prompted her to admit herself into a rehab facility.

Sebert (who seems really awesome and supportive, so small victory there) also claims that Dr. Luke was verbally abusive to Kesha regarding her weight. Not only did he put constant pressure on Kesha to lose weight, but he would make cruel slurs about her figure (sidenote: I saw her live, fall of 2011, prior to her ED breakdown. She looked fabulous. Just sayin'). Among the many taunts, Dr. Luke reportedly called Kesha a "fat f**king refrigerator." Charming, right? Dr. Luke was only looking out for her though guys—he believed being thin was the inarguable way to ensure success.

But is Dr. Luke really to blame for Kesha's bulimia?

Believe it or not, eating disorders are not 100% societally construed. Research has found shared genetic components among sufferers of eating disorders. One study speculated that it was the interaction of several inheritable traits that encouraged an eating disorder. A study from 2013 found a genetic mutation increased the likelihood of exhibiting eating disordered behaviors—so, in Kesha's case, purging.

Do you notice something about both studies? I used the words "encouraged" and "increased the likelihood" because eating disorders are not solely nature or nurture: They're a combination. Social factors amplify the chance that someone genetically predispositioned to having an eating disorder will ultimately succumb to its spectrum of behaviors.

As anyone who's ever suffered at the hand of an eating disorder knows, this means giving into that that dark little voice in your head that says, "being thin will fix everything."

However, in Kesha's case, she didn't even need that little voice; she had Dr. Luke. While she may have been more likely to fall under the spell of bulimia due to sinister genes, having Dr. Luke's (supposed) influence ensured that the snap happened. If Kesha's complaints against Dr. Luke are true, it feels more-than-acceptable to place some hefty blame squarely on his shoulders.

Sebert believes the blur of abuse and self-starvation almost killed her daughter.

“[The doctors] told me her blood pressure and sodium were so low they’d never seen that, except with someone who’d had a heart attack or stroke,” Sebert told People. “They said it was a miracle she hadn’t dropped dead on stage.”

Fly away Kesha, fly far far away. Go and be you and please write a raw angry song about everything. We'll play it on repeat for, like, days. Promise.