It's Not Funny: Flash Fiction 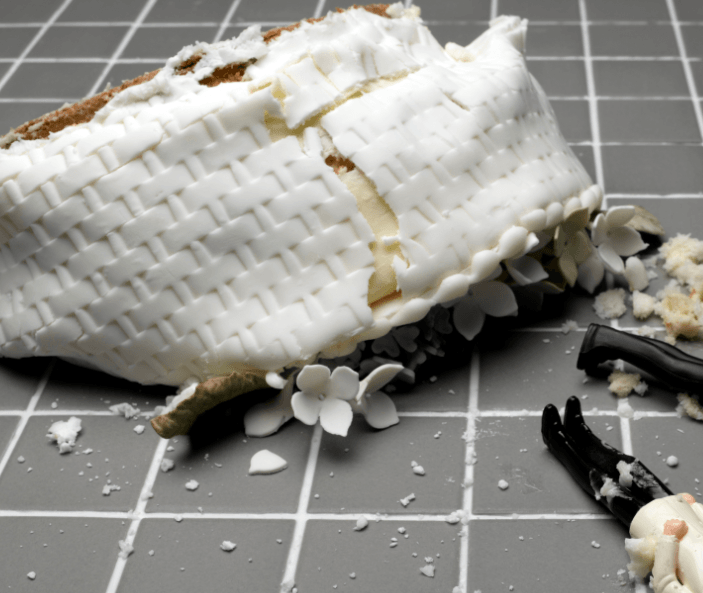 “Don’t you smash that cake in my face, or I’ll never forgive you,” she said, and she never did, not really.

We fought about serious things, but it was the little thing that sent us over. White cake on a white dress, the frosting on her chin resembling a goatee— it made for great wedding photos. I thought she’d find it funny. I guess I was wrong.

I thumb through the records she’s letting me keep—mostly the bad ones, naturally. We never played the Billy Joel: Complete Hits Collection; dust coats its shrink-wrapped exterior. I doubt I’ll play it since she’s keeping the record player. Not that I can blame her, I tried encouraging her for twenty years to go digital.

When I find Led Zeppelin at the back of the box, I know she still loves me. The sleeve is worn around the edges from the hundreds of times we played it. It was the soundtrack to the dinners we shared, the parties we hosted, the love we made. “Good Times Bad Times” echoed through the house when her water broke. The record was still playing when we came back 48 hours later with our baby girl. She entered the house to the sound of “Black Mountain Side.” She smiled.

I pull the record out of the box and carefully slip it into my book bag, in between the divorce papers I have yet to sign. I take Billy Joel and rip off the packaging, launching dust bunnies up my nose. I sneeze on the sleeve and don’t bother wiping it off. I start it from the beginning, letting it blast through the house.

When she comes home from shopping or running or sleeping with the neighbor, she’s guaranteed to walk in on a terrible song. I doubt she’ll find it funny.