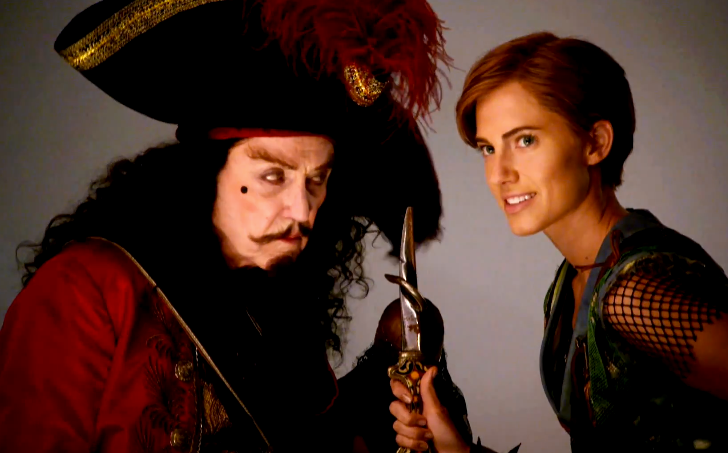 The last place one might expect to come face to face with an impenetrable wall of gender roles is when engaging in pretend play with young children. But, in my experience, this is precisely when I find it most impossible to break through the gendered barrier my four-year-old daughter has learned and reconstructs.

My daughter has no similar sense of limitation when it comes to the real world. She is confident that most roles can be done by men and women and there are no professions or roles that she believes are limited to one sex or another. She sees this in our home and in the public sphere. As a recent example, after having discussed and met various "community helpers" in her Pre-K class, she stressed to me that the best practice is to not use the term "policeman," but rather "police officer" because "both boys and girls can do" that job.

If she is Cinderella, I must be the Prince and not the Fairy Godmother or a stepsister. If she is Belle, I can only be the Beast. If she is Rapunzel I am Flynn. If we are in the world of Frozen, I can at least choose between being a snowman and an actual man. The only true exception is The Little Mermaid because she knows I share the same name as the titular character, and thus does not object to my being Ariel.

If we are playing with the lightsabers I bought for my daughters, I am permitted to be Darth Vader or a good Jedi. My four-year-old is either a nameless Jedi or Princess Leia. "Do you want to be Luke?" I once asked her. I think the answer was silence.

"When we are using our imaginations, we can be whatever we want," I tell my daughter. "I can be Wonder Woman or a queen or a princess," I add. No response. There's that wall again.

My four-year-old often likes to pretend she is a "one-year-old baby" at the end of her nightly bath. "Can I be a one-year-old baby, too?" I ask her. "NO" she bellows. "You be the daddy and pick me up." "Can I be a mommy and pick you up?" Quelle horreur, says the look on her face, followed by a sigh of exasperation to signal that I'm not getting it. "You be the daddy! Okay?" she instructs me. I comply.

The same strict rules apply when my daughters play "family." My four-year-old is the mommy; her two-year-old sister is the baby; I am only allowed to be the "grandpa" and my wife the "grandma."

I want to emphasize that there is nothing wrong with my daughter wanting to relate to and emulate female characters. The problem is that she may be policing herself and certainly is policing others with regard to what roles they (read: I) can play. In fact, the one constant rule I can find in all of our imaginary play is gender. There may be no gravity. We may be breathing under the ocean. Space and time do not stop us at any point. Gender limits, though, are always there.

Then, along came Peter Pan Live starring Allison Williams, a show that was universally mocked and surely included the poorest swordplay I have ever seen. However, I must applaud NBC for removing a brick in my daughter's gender wall. My daughter knew Peter Pan from the classic Disney movie as well as from the world of Jake and the Neverland Pirates, the modern spin-off that airs on Disney Junior. Before seeing the live show, she imagined herself only as Wendy or Tiger Lily. Or, if she was in the world of Jake and the Neverland Pirates, she was Izzy, the only female pirate.

A few nights later, I observed my four-year-old pretending to be Peter Pan. She assigned her little sister the roles of Wendy, John, and Michael (who, by the way, pulled it off). I was instructed to be Captain Hook. In the end, Peter Pan bested me and saved the day. The issue of gender never came up.

Meanwhile, my two-year-old daughter is blazing her own trail right past her older sister. As I was carrying her the other day, she informed me, "You are the princess. I will rescue you after I fight Darth Vader." I nearly swooned. My prince had come.