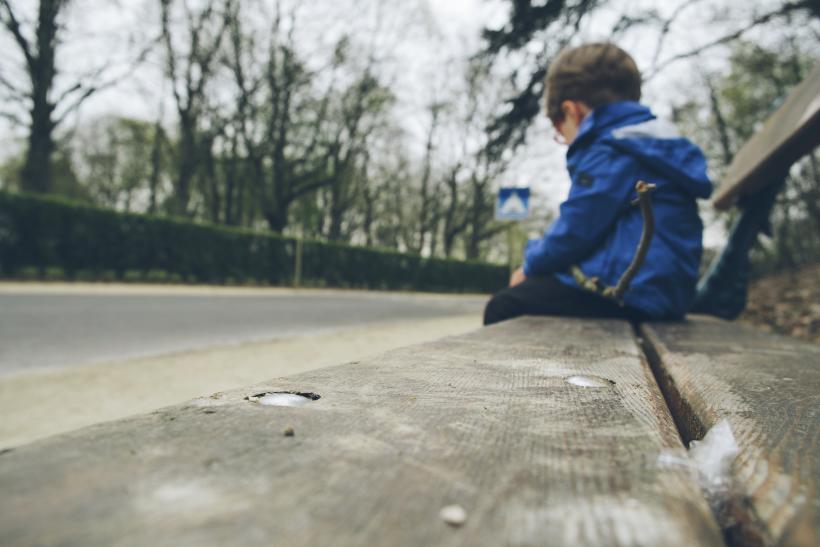 The CDC reports that as many as 28 percent of children suffer physical abuse; 20 percent sexual abuse; and 10 percent emotional abuse. Of the 6 million reports made to CPS each year, 3 million are subject to investigation.

If your social media feed is anything like mine, it's probably abuzz with debate over the appropriate age for children to play without adult supervision.

After the news spread of the "free-range" parents who ran afoul of Child Protective Services not once, but twice, for letting their two children (ages 6 and 10) play alone at the park, it seems like most people quickly divided into two camps: Some agreed with CPS, arguing that it just isn't safe enough for young children to play unsupervised, and others maintained that unsupervised time is not just safe, but actually teaches kids valuable life skills.

Although I'm a staunch supporter of the free-range kids movement, I'm not here to argue its merits. Instead, I'm here to gently remind all of us that our opinions about other people's parenting decisions are largely irrelevant.

But, regardless of my choices or yours, the only people who should be making that decision for the Meitivs' kids is their parents. And the one thing that we should all be able to agree on is that neither parenting approach is even in the same ballpark as child abuse and neglect.

Stranger child abduction is mind-boggling rare, and it's even rarer while children play in pairs at a public park. Even as we might tut-tut over the idea of a six-year-old playing without parental supervision, we know that real harm is unlikely to befall him. This isn't a case for the police or CPS, and involving them in differences of opinion diverts already limited resources away from where they are desperately needed.

In a world where Nigerian schoolgirls are abducted en masse and children are sold into sex trafficking every day, quibbling over just the right age to send Junior to the park to play alone is a pretty privileged argument from the get-go. Frankly, if that's the biggest decision any of us has to make for our kids, we should thank our lucky stars.

But, maybe this case is so polarizing exactly because the parenting decision in question is pretty damn harmless. It's easy and painless to poke our noses into the minutiae of other parents' decisions, but it in no way tackles the real epidemic of child abuse and neglect. And let's be crystal clear here—the biggest risk to our children isn't strangers they might meet at the park.

Over the past few months, we have all read the same headlines many times. Children were beaten to death. Children were raped. Their names and faces blur together now because there have been so many over the years, but the one thing that almost all of them had in common was that these unbelievably grotesque harms were perpetrated by their parents or close family members, or even while in state care.

These horrific stories of abuse are exactly that—abuse. They aren't disagreements about parenting choices. The CDC reports that as many as 28 percent of children suffer physical abuse; 20 percent sexual abuse; and 10 percent emotional abuse. Of the 6 million reports made to CPS each year, 3 million are subject to investigation. Children suffer real harm every day, and little is said or done about it. Perhaps because cycles of abuse simply can't be solved in a sound bite.

I don't have any magical answers where parenting is concerned. I've tried every approach out there by now, and I've settled into the ones that suit me the best. Next year, they probably will have changed, at least a little. And that growth and evolution will likely continue as my kids and I adjust to everything from their college years and adulthood to my own aging. Sometimes, I let my kids go to the park alone to practice autonomy—and sometimes I don't. The reasons why are diverse, ever-changing, and even deeply personal, but none of them have anything to do with child abuse.

I don't believe that making an anonymous report at the sight of children playing alone is acting with courage or compassion, or even that it is rooted in concern for their safety. Rather, it is poorly-disguised judgment and hubris that sacrifices the well-being of the children themselves for a moment of self-righteous "do-gooding." The reality of being taken into police or CPS custody, separated from their parents, threatened with permanent removal from their family, and placed in a foster care system that is rife with abuse is so traumatic for children that it must be considered an absolute last resort. And, as such, before leaping to involve the authorities, we should ask ourselves whether whatever we have witnessed truly merits a child abuse or neglect report. Or, is it just a case of differing parenting approaches, or even as simple as choosing to offer personal assistance to a child or family instead of making an anonymous report.

One thing I do know is that connection is the antithesis of fear. We fear what we do not know, and we build trust as we get to know each other. Sometimes, that means living in a neighborhood where everyone knows everyone else, but it isn't limited to that. In my little neighborhood park, in a small corner of a city, I don't know every child's name, but I do know how to offer my help to a child who is stuck in a swing or who is crying or looks frightened. I even have a cell phone I can use to let the child call home if need be.

We don't need to know each other personally to know how to offer compassion and kindness, and those simple actions are how we learn to stop judging other parents and start creating a community. A gloriously diverse community where we all make different choices but where we can breathe a sigh of relief knowing that we all have each other's backs—not CPS on speed dial.