Missing The Mark: Lack Of Diversity In Alternative Modeling 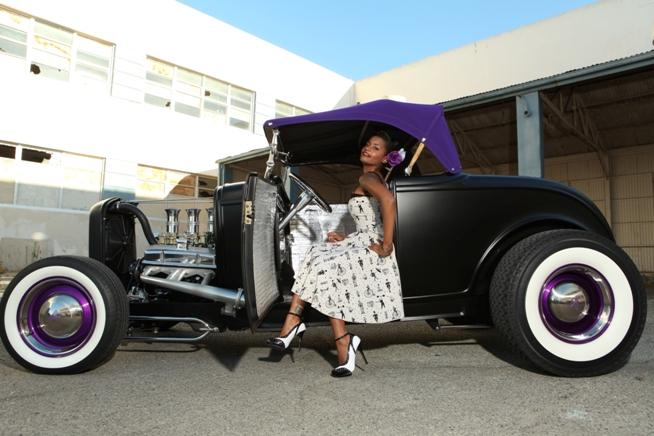 Gorgeous women from all walks of life get tattooed, dye their hair in a beautiful range of colors, and are different shapes as well as sizes. If you’re a clothing company that offers sizes S-XL+, why not hire a model to reflect the higher end of those ranges?

The alternative modeling community can best be described by many adjectives: edgy, vibrant, boundary-pushing, whimsical, and always, always unconventional. However, there’s one word you won’t see describing it: diverse.

What's an "alternative model," you ask? While traditional models have a tendency to be towering blank canvases, alternative models, or "alt models,"  have the ability to get away with a lot more self-expression: they usually already have a certain "look" about them, and are the kind of women you see in pinup, latex, gothic, and burlesque-based photographs. They're often tattooed, visibly pierced, or have hair that's dyed an outrageous color or two. . .or five. While having an unusual appearance is sometimes frowned upon in the regular modeling world, it's celebrated in the alternative modeling community.

I’ve been involved in alternative modeling for a little over four years now. I initially started modeling to help some of my photographer friends with creative projects, but I have always been drawn to styles and trends that are a bit outside the norm. I am tattooed, I typically dress in 1950s fashions, and collect whimsical shoes that closer resemble works of art than practical footwear. I have an arsenal of websites that I frequent for online purchases to quench my alternative fashion needs. But even though I love the work, I've discovered that the alt modeling world isn't exempt from the problems that plague the fashion industry at large — namely, the underlying racism and fat-shaming. 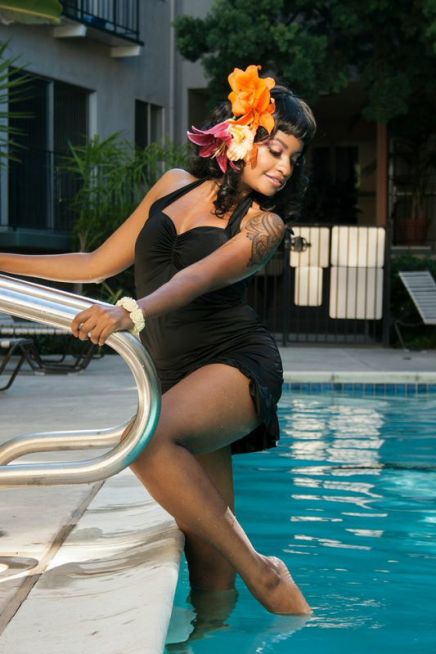 I find modeling to be an intriguing artistic medium, and since my early days as a model, I’ve worked with some pretty impressive photographers. However, there have been a few occasions on which I’ve reached out to photographers whose work I admire in the hopes of collaborating, only to receive no response. Now, the polite thing to do as a professional photographer would be to either state your rates or say that you’re overcommitted. But to simply not say anything comes off as suspicious. I understand if you're not into my look, and I understand that conforming to certain styles or having "muses" is common within the photo world, but how do you expect to successfully run a business when it's clear you only shoot one type of woman?

This isn’t limited to independent photographers either. There are numerous alt clothing companies who only seem to work with size-two, white models. Sure, they're tattooed and sport unconventional hair colors and styles, but it's still such a limited range of beauty. Gorgeous women from all walks of life get tattooed, dye their hair in a beautiful range of colors, and are different shapes as well as sizes. If you’re a clothing company that offers sizes S-XL+, why not hire a model to reflect the higher end of those ranges?

It can be argued that with diversity being an issue in the modeling world as a whole, companies and photographers might not have a diverse pool to choose from. However, many clothing brands will fly in models from other cities and states. Many professional alt photographers travel frequently and will collaborate with models, not to mention the fact that with this little thing called the Internet, there are so many ways to find new hot talent, from alternative online communities to social media channels like Instagram. That’s why this makes no sense to me. There’s no excuse for the alt model world to remain so thin and so white.

Of course, when all your models are thin and fair, it's not at all a surprise that cultural appropriation has wiggled its way into the alt world, too, just as it has in the mainstream modeling industry. Several companies have come under fire for using styles associated with different cultures to sell clothing lines and beauty products. A well-known alt cosmetics company had the audacity to run an ad campaign a few years back featuring a white model in traditional chinese garments, and even called one of their products "China Doll." I’ve even heard of one company going so far as to pay for a white model to get micro braids (both companies are in major metropolitan areas in California, where they would have had no problem finding models of varied ethnic backgrounds). Not only is this offensive, it seems like a total hassle. Why not just hire a model who already has the attributes you're looking for, instead of dressing someone up in a stereotype?

I hope this serves as a wake-up call. It is time to address an issue that has been plaguing the fashion and beauty world for decades, and to remind folks, although the alt-modeling world prides itself on being accepting, these problems exist there too. The alternative community is always known for pushing boundaries — let’s set an example for the rest of the fashion industry. Perhaps one day it will be a true alternative to the larger modeling industry, and a reflection of what women in the real world look like.

If you like this article, please share it! Your clicks keep us alive!
Tags
modeling
alt modeling
alternative modeling
racism