Confession: I Got Busted By A Park Ranger For Camping Naked 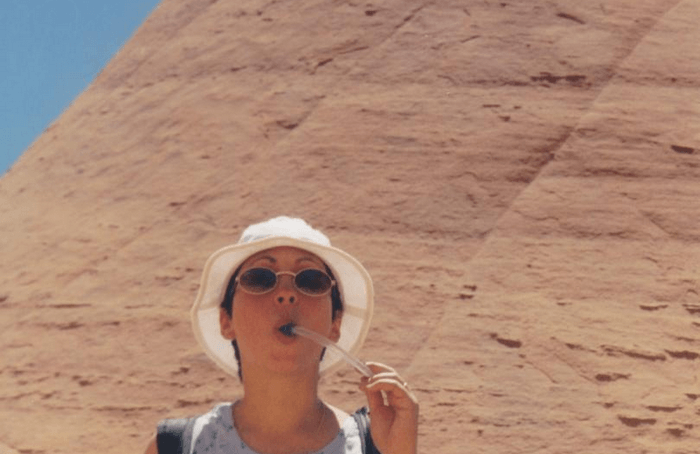 Taking a trip out west to visit Utah's stunning collection of National Parks and National Monuments had the makings of a memorable vacation. And memorable it was—but for a reason entirely different than the picturesque landscape. Who knew that by the end of it, I would be known as one of "those naked campers."

In late June, the weather was perfect, which is to say clear, hot, and sticky. My husband Peter and I flew from New York to meet our good friends Robert and Joni, who lived in Salt Lake City. After a quick rendezvous at their place, we packed their Subaru with camping gear and headed south, to the wonders that Bryce Canyon National Park held. 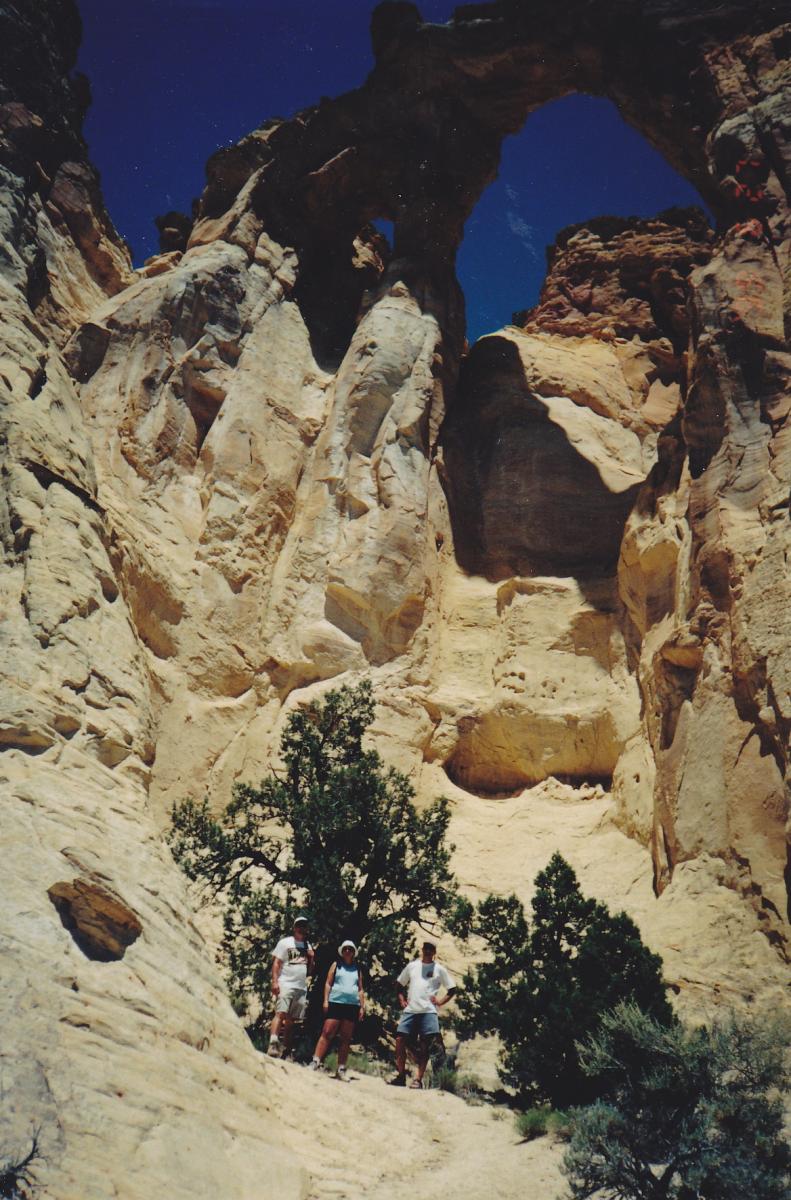 Well into my second trimester, I looked like I had swallowed a soccer ball. But I was a devoted hiker and still in pretty good shape for a largely pregnant lady, though a bit slow and wobbly. I was determined to show my baby-to-be the natural splendor this great land had to offer—in utero, for starters. I was convinced it would make him a calm, thoughtful little being. (PS: he turned out hyper and colicky.)

There I was, waddling around Escalante National Monument with a hydration pack strapped to my back. I diligently sucked at water so I wouldn't melt. I even wore a silly hat to protect myself from the strong sun, despite the fact I bore a strong resemblance to the lead character from Gilligan's Island. I looked so goofy that my fellow hikers started calling me "Little Buddy," the Captain's pet name for Gilligan. But I didn't care. I was in awe of all this useless beauty around me.

By day, we bumped along pock-marked dirt roads, looking for geodes, with Robert quipping, "I'm trying to make Cathy have a premie." Joni fixed us amazing vegan sandwiches for lunch, the back of the pickup flipped down to form a prep counter. By night, we talked and laughed by campfire light, feeling very fortunate to have secured a spot for our tents in Bryce's campgrounds.

It was magical—except for one thing: there were no showers. Although there were restrooms close by the tent sites, to bathe we had to either jump into the truck or walk a mile and a half to the North Campground. After a whole day of hiking, we were pretty tired, not to mention, smelling a bit ripe.

The first night, we did gird our loins to visit the coin-operated showers. The cement floor was slimy and we had to wait in line with rowdy teens on a camping trip. Inside the private stall, it was like playing Beat the Clock, feeding quarters to get a tepid shower, rushing to soap up before the money ran out. Not a pleasant experience.

After a wonderful Tofurky dinner our second night there, we were dry and dusty but dreaded the thought of returning to the frat-party showers. Joni suggested we take "farmer's baths." She added, "Robert and I do it all the time."

We put a few pots of water to heat on the campfire. Joni rinsed the big Tupperware basin where we washed dishes. There was a nearby copse of trees that seemed perfect. We set the basin on the ground, filled it with steamy water and soap (biodegradable, of course) and were good to go.

We insisted that Joni, our esteemed chef, go first. She stole off to the secluded spot with her toiletries, a washrag, and towel. We each promised to wash quickly so the water wouldn't be too cold for the last person, which Robert chivalrously volunteered to be. Though the campground was full and we heard voices all around us in the dusk light, we were confident our spot was private enough.

To save time, Peter and I decided to bathe together after Joni was done. It felt heavenly to get clean and even better when Peter soaped my big, baby belly. Robert was quite a good sport and didn't complain about getting our gray bathwater.

It was all going well . . . until the SWAT team arrived. Joni, Peter, and I were shocked when we spotted a park ranger with a walkie-talkie on the ridge above our campsite. Why hadn't we noticed that there were RV sites up there? The ranger was talking to a starchy-looking church couple who pointed off to the woods, to the very stand of trees where Robert was rinsing. Seconds later, several squad cars arrived with additional rangers who were equipped with more walkie-talkies and even handcuffs.

One very officious-looking fellow, reminiscent of Ranger Smith from the Yogi Bear cartoons, strode up to us. "Do you know him?" the ranger wondered, all business. He gestured to Robert, who was scrubbing vigorously in the woods, unknowingly surrounded by park police.

Here's where we missed our golden opportunity. We should have said, "No, officer, we never saw that guy before in our lives. And he's been there for hours. I mean, how long can a man scrub?"

But we told the ranger that yes, we indeed knew Robert. "Well, make him stop!" he demanded.

I piped up, "I thought it was legal to be naked in a national park."

"Not if someone complains, it isn't," the park cop informed me as Mormon Momma scowled down upon us smugly. "Technically, I can give him a fine."

"Since when is being clean a crime?" I asked.

As funny as it would have been, we didn't want to see Robert hauled off in handcuffs wearing nothing but a hand towel.

Unwilling to cause any more of a scene than we already had, Peter reluctantly trotted off to tell Robert, who was still scrubbing, to "cease and desist." When Robert looked up, the poor guy was horrified at the crowd that had gathered both on the ridge with a bird's-eye view of his bathing spot and in front of our humble campsite.

Maybe it was Joni, a lovely wood nymph, who'd caught Conservative Couple's attention. Maybe it was my largely pregnant silhouette they found offensive or Peter caressing my baby bump with Dr. Bronner's Pure Castile Peppermint Soap. Or it could have been that Robert just scrubbed too long and too hard.

But whatever it was, from that moment on, the four of us were known as "those naked campers" at Loop B in Bryce's Sunset Campground. People shunned us, pulled their children away from us on the road and pointed at us, whispering. They avoided us in the General Store. We were National Park pariahs. And Robert will forever be known as "Nature Boy."

But despite the social ridicule, I'd do it again in a heartbeat. Pursuant to the United States Department of the Interior National Park Service's Special Directive 91-3 Memorandum A5623 (650), it's my God-given right. And as the old adage goes, "Cleanliness is indeed next to Godliness."