8 Romantic Movie Myths You Should Never Aspire To 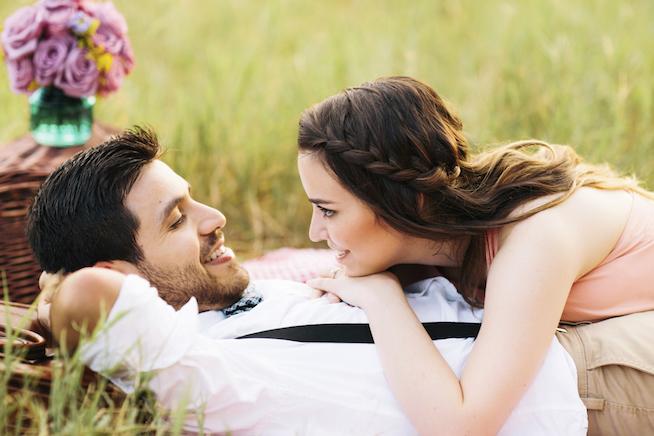 We all know what it’s like when you first meet someone you are totally smitten with. You’ll spend 24/7 with them, until god forbid, the novelty of the honeymoon wears off.

I’ve always been a fan of the romantic movie. Growing up as an awkward teenager with huge owl-rimmed eyeglasses, acne, and big, curly hair, they gave me hope that one day, I’d meet my very own handsome prince who was just as romantic as the ones in the movies. He would serenade me with prose, adorn me with roses and grand gestures, and whisk me away to surprise locations. Sadly, as I reached adulthood, (thankfully, minus the big glasses and bushy hair), I came to realise that real relationships were nothing like in the movies at all, and we shouldn’t take them so seriously!

So here’s what I’ve learned about romantic myths versus real relationships:

"It was love at first sight" — You suddenly spot someone from across the room, on a train to work, or at a gas station, and your heart instantly skips a beat, your palms get sweaty, and you just know that person is ‘the one’ (without even muttering a word to them). Rubbish! You simply fancy the pants off that person and know they are “the one” you wouldn’t mind taking to bed in a hurry! Lust is the basis for instant physical attraction, not love. Love is something much deeper and grows with time. Not to be confused!

"He gives me roses all the time" — Roses has always been synonymous with romance. And while I love receiving a rose or two, it’s not the end of the world if he doesn’t buy you any. I would be the first to complain about my partner’s lack of floral contributions, until he brought to my attention all the things he did that were special to us. Whether it’s your own ritual of making morning coffee for each other, cooking his favourite meal, giving back massages, or just planning a movie night in with popcorn and beer — whatever your "thing" is, that’s your version of romance. You create it, and don’t let the world dictate it!

"We never argue" — Wouldn’t the world be a blissful place if there were never any arguments? I’ve always been skeptical whenever couples would say that. Surely, they can’t agree on everything. Disagreements are inevitable and are a healthy part of any long-term relationship. It’s a form of expression; it helps couples learn from each other, grow, and develop. Of course, the best part after having an argument is the making up!

"We are so alike. I’ve met my match" — Another misconception is that you have to find your perfect match. Someone with the same personality, likes, interests, occupation, musical tastes, etc. But more often, similar personalities and temperaments often clash, as there is never a good balance. There’s nothing wrong in having common interests, but it’s also good to have differing opinions and traits so you can find a middle ground. Everybody needs a ying to their yang to have a good equilibrium!

"We can’t bear to be apart" — We all know what it’s like when you first meet someone you are totally smitten with. You’ll spend 24/7 with them, until, God forbid, the novelty of the honeymoon wears off. It’s OK to still have a life of your own!  Spending time apart doesn’t mean the romance will die, it means that you’re secure in your relationship, and it allows space for you to just to be ‘you.’ Absence makes the heart grow fonder, as they say!

"If he wants me back, he’ll chase after me" — So you tell him you’re leaving during a heated argument, grab your things, and slam the door. In the movies, he’d be running down the street after you (probably in the pouring rain), apologizing profusely, and begging you to return. The reality is that he is hurt and angry, and the last thing he wants is more tension. Don’t expect him to run after you when you’ve left the evening on a sour note. Give each other the space that you need until the dust settles.

"Your happiness is my happiness" — Happiness makes the world go round, but don’t let it be at the expense of yours! I’ve heard too many times of people sacrificing their own needs for their partners just to make them happy, but it works both ways! If you focus too much on the other person’s feelings and enough not your own, your relationship may end badly.

"You complete me" — The biggest cliché of all. Let me remind you, you are already phenomenal and should not expect a man or woman to complete you! A loved one simply enhances your life and brings a positive influence or extension to that. You are worthy and deserving with or without your fairy tale knight!

If you like this article, please share it! Your clicks keep us alive!
Tags
Love
romance
marriage
myth