8 Things You Must Never Do When Raising Boys 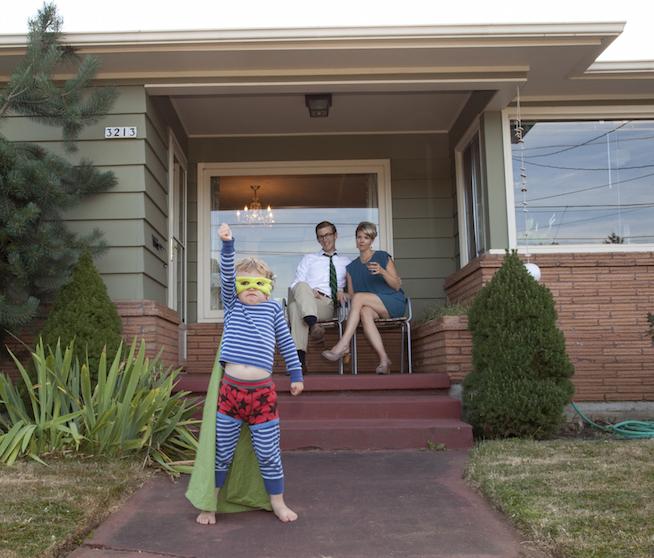 You may think you have this parenting thing wired, but if you’re raising boys, you may be making some of these critical mistakes.

Even the most well-intentioned parents sometimes make mistakes in how they raise their kids. None of us are perfect. But there are a few things parents raising boys often do that reinforce old stereotypes about masculinity. Here are a few I’ve come across, raising my own sons.

1. Expect them to be emotionally tough. Even the most progressive parents don’t realize how much we’re willing to hug little girls when they’re sad, but try to coach our sons out of having feelings other than happiness and anger: the deadly male binary. We know that little boys and little girls both have profound emotional experiences, and we also know that it’s not good for kids to be told to suck it up when they’re sad.

Instead, teach your boys a variety of “feeling” words: Sadness, frustration, shame, pride, fear, embarrassment, love, desire, bravery, insecurity. Practice using those words for characters in books and movies, and use them to describe your own feelings. Also understand that some boys are going to be more comfortable talking about their feelings when you’re doing something active together, like hiking or throwing a ball back with you.

2. Assume they’ll never be victims. We want to protect our girls, and that’s important, but our boys can be victims, too. According to MaleSurvivor director Christopher Anderson, 1 in 6 boys will be victims of unwanted sexual contact before they turn eighteen. That’s a really high number.

Teaching your boys the proper names for body parts is very important. So is having conversations with your sons early and often about body boundaries and giving consent (tips here) so they know that they have the right to say “no” to any unwanted contact at any time. Also let your sons know that they can talk to you about anything, and you will always listen and they won’t get in trouble for telling you the truth.

Anderson explains, “If we’re not having these conversations with our sons, as their parents, then other people will. And those people are probably not the ones you want teaching your sons about body boundaries and consent.”

3. Pressure them to be great at sports. Sports are awesome, but they’re not for everyone. I definitely think that kids should learn a team sport when they’re young, but your son never has to be great at sports. Sure, we swell with pride when our kid scores a goal or hits a three-pointer, but we should actively cultivate that same sense of pride when we see our kids work hard and achieve goals that aren’t as win-oriented.

Also, while kids should be physically active daily, there are lots of ways to do that without sports. My older son loves digging holes, so we have a special place for him to do that in the yard.

Remember, your son is NOT more of a “real man” if he’s into sports!

4. Presume they’re going to grow up to date girls. Using gender-neutral pronouns when talking about marriage or dating benefits all kids – not just the ones who might grow up to be gay or bisexual.

If your kid is gay or bi, he won’t feel like his parents just expect him to be straight. If he’s not, he won’t see relationships as only being between men and women, and therefore will naturally be more tolerant and accepting of people with different types of relationships.

5. Talk them out of their fears. Boys get to be afraid, too, you know.

Instead of telling them, “There’s nothing to be afraid of!” ask them to tell you more about what they’re nervous about. Talk it out and explain that brave people aren’t the ones who are never afraid — they’re the ones who are afraid but decide to take on the important challenges anyway.

6. Assume they’d never harm someone. We all want to think the best of our kids. But we need to teach empathy to our boys, as well as our girls, so that they learn from an early age to think about how their actions make others feel, and talk through emotional consequences.

We also need to teach our boys what consent means, that anything other than “yes” means no, about touching or anything else relating to sex and sexuality. Make clear to your kids that they have a duty to do the best they can to stop the hurt being caused. You can discuss how best to be an Upstander instead of a bystander, too.

7. Make “penis jokes” around them. Small penis jokes are downright banned in our house, no matter who’s saying them. The amount of pressure society puts upon men and boys to have big muscles and big penises is extraordinary and it’s up to parents to never, ever add to this form of body shaming for their boys.

Besides, making jokes about other people’s sex organs is cruel, and your kids should never witness you being cruel. Even if it’s toward a celebrity or someone on TV, your kids are listening and will internalize it.

8. Stop hugging and snuggling them as they grow older. We do we stop hugging our boys when they reach puberty? Sure, they’re no longer adorable little squish-faces like they were when they were babies, but human touch is a basic need for many people.

Teens may push you away when you ask if they want a hug, but deep inside it’s important for them to know that you’re still available when they need some love.

If you like this article, please share it! Your clicks keep us alive!
Tags
parenting
raising boys
raising sons
sons
parenting advice