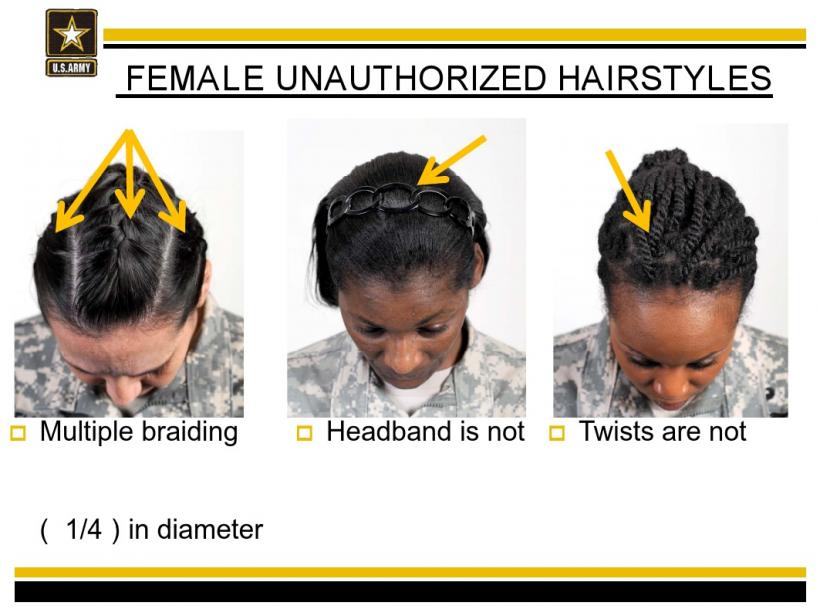 A woman is a woman is a woman. And a soldier should be able to be just that, a soldier. And maybe we haven't fully wrapped our minds around the all encompassing "we are one" mentality of the army, but is someone's hairstyle really aiding that solidarity? Or is this a newfound way to control and marginalize a vital sector of the armed forces in the wake of repealing, Don't Ask Don't Tell.

As far as we're concerned, as long as a woman's hair is in a style she can trek and (protect!) in, the state of her natural coif shouldn't be something dictated or be restrained by the US Army. The new guidelines for proper Army hair has extended its list of unauthorized styles to include twists, dreadlocks, Afros and braids exceeding a quarter inch in diameter—all hair-protecting and stay-oughta-the-way natural styles commonly worn by African-American women.

The new rules have been called out for being totally (and rightly) racially biased. The policy clearly lays out that women who choose to style their hair in convenient and natural do’s (braids, twists, dreadlocks etc.) have got to change their ways.

In recent years there's been a natural hair revolution sweeping the nation among women of all racial backgrounds, but none so pronounced as that of happily nappy black women. Growing up I had my hair chemically straightened, flat-ironed the curls and quite frankly, ruined the shit out of my hair. Part of the reason why I blow dried and brushed away my naps was because I just didn’t know what else to do. It came from the sad lack of available information on how to take care of my natural hair.

All I had were those horse-haired Pantene commercials.

Now, there are twist tutorials, YouTube famous natural hair guru vloggers, movies dedicated to the whole damn movement (hello Good Hair!) and article upon article about what “good hair” really means. Going natural is a journey to reconnect with a largely buried, but decidedly rich cultural past. Not to mention all the weaves, scalp-singeing micro-braids, chemicals and heat are harmful, self-defeating and dangerous!—in the long run. (As in, possible alopecia and the unknown long term effects of toxic chemicals seeping directly into your scalp.

With this new mandate, female soldiers who have sought to combat (get it?) the all-too common fate of natural hair shame are being told (again!) they can’t tend to their body in a natural way. In many ways, the Army is a job like any other; if something is inhibiting your performance, sure, it has to go. But we're hard-pressed to believe that some tidy dreads, twists or braids are prohibiting these women from delivering their promise to serve this country or would be so distracting an anomaly that it would render other soldiers unable to deliver theirs.

African American women make up a third of the women in the armed forces; perhaps your policies should reflect that. 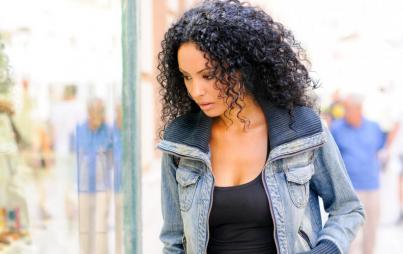 Before You Tell Black Women To Breastfeed, Consider This