A Guide To Parenting Your Spirited, Emotional, Or Difficult Child 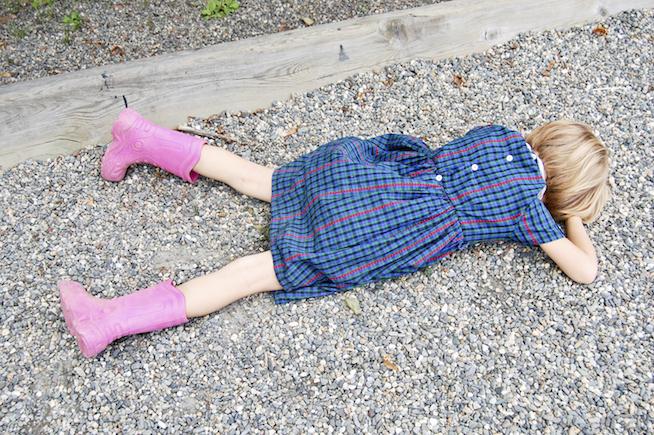 Tantrums suck, but they have to happen.

My first child (who is now, blessedly, 20) was a horrifically colicky infant. She cried for basically the first eight months of her life. It was not a good time. After we both survived those eight months, she turned into a sweet toddler. She wasn’t tantrum-y. If I said, “Don’t touch that thing, it’s ouchy,” she didn’t touch the ouchy thing — because it was ouchy. We co-slept and then after a year she slept in her own bed. She went right to sleep without a fuss. She never hit. She never bit. She was completely delightful in every way.

I congratulated myself on being an excellent parent. Parenting: NAILED IT.

I found out I was pregnant with her brother (SURPRISE) in September, just after first baby Kelsey turned 2 (note: diaphragms don’t always work very well). My pregnancy was rough...OK, it was a nightmare.

I should have known.

Sean was born without incident. He was a chunky nine pounds and, other than some trouble latching, was a great nurser. He walked early and talked early and was doing all the things before he should have been doing the things. It was all a pretty good time.

And then he turned 1.

And then the tantrums started. All of them. And the screaming. And the waking up at 5 a.m. Every. Day. SCREAMING. And the hitting, pinching, kicking, and more screaming.

Remember that time I was like, “You, self, ARE THE BEST MOM EVER!”

Sean was born a screaming hitter/pincher/biter/fighter. Now, at 17, he is incredibly intelligent, plays the trumpet excellently (and plays almost any other instrument he picks up at least decently), is a kind and loving (and very tall 6’3”) son, and rarely ever bites. It took some time for that other stuff to settle in. And in the meantime, I won’t lie, I wasn’t sure which of us, if either, was going to make it out of his childhood alive.

In an act of Universal mercy, his baby brother was as easy as a kid could be. And baby number four, Ella? Back to the screaming biting/hitting thing. Again.

I’m 427 words in, and I haven’t told you anything, except that you aren’t alone.

I have, in these 20 years, perfected nothing, but I have trial-and-errored a lot of things. Here is what I have learned parenting kids that make you wonder if you can parent at ALL:

Sometimes the hardest kids are the smartest kids. This isn’t to say that all hard kids are smart or that all smart kids are hard. It is to say that sometimes frustration is born out of a lack of understanding or comprehension. It may helpful to sit with the child and try to help them understand what’s going on. In Sean’s case, he really NEEDED to understand things that were just beyond his comprehension level. Keep this in mind. Even if you can’t always facilitate their understanding, it might help when you feel like you’re losing your damn mind.

Sometimes they need to be ALONE. Feelings are hard to manage when you are small, and sometimes they can’t even be managed at all — all that is left is to let them get OUT. I wouldn’t walk away from a child who wanted my help, but there are two circumstances in which I will: 1. If I am about to lose my shit (let’s be real, that happens). 2. If they really can’t hear me; if they are so frustrated or angry that they need time re-group. In this case I would say, “I can see you need some time alone. I’m going to let you sit in your room (or the couch or chair) until you are feeling calm again. I’m here if you want or need me.”

Sometimes crying really just needs to happen. Crying is an emotional release. Small children don’t have the emotional sophistication to realize this, and they don’t have the same outlets adults do (sex is a good one for you grown-ups). You may need just to remind yourself that sometimes kids cry and it’s not about you. Give them a safe space to do that. Be nearby, with the reminder that you are available.

Sometimes it’s a matter of routine. It doesn’t seem like a huge thing to an adult to eat breakfast at 7 or 8 or 9 or not at all, and it doesn’t seem like it would be a big deal to a child, either. But I’ve found that the children who struggle with controlling their emotions do better if there are things that are constant.

For example, if your child is melting down because they want to watch TV, but you only let them watch X minutes/hours a day, then telling them,“You can watch TV at 8 a.m. for one show (or X minutes),” creates an expectation and helps to combat anxiety. There has been a theory lately about letting kids set their own schedules and trusting them to make choices, and I’m not saying that those things aren’t valid. What I am saying is that this isn’t a great thing for a lot of kids. And the highly emotional child is probably one of those. Structure begets security. Security is important as a developmental milestone. Meals. Getting dressed. Bedtime routines. All good places to have a set expectation.

Sometimes they need some suppression. Actual physical suppression. Hug or hold them tightly. Not that they will enjoy being hugged or held tightly, but there are instances when a larger-than-life tantrum needs acute attention. There is science here, somewhere, but the important thing is to remember that sometimes hysteria just needs a big hug to shut out the stimulus. This applies to environmental stimuli, too. Chill out the environment. We play Mozart a lot.

Sometimes it’s a feedback loop. In many ways, your emotions are your child’s emotions. They are modeling your behavior, and without a completely developed nervous system or emotional awareness, they will key into yours. HI. STAYING CALM IS HARD. I know this. If you need to, walk away. The best thing you can do for a very spirited child is to find a way to calm yourself. Count to 10. Do some patterned or deep breathing. Listen to Mozart.

Sometimes they need choices. But not too many. Seriously, when all seems lost (actually, just always), try this: "You have two choices. You can have grapes or apples. Which one would you like?” This is a super-simple thing that is easy to forget when you child is FREAKING OUT. Instead of yelling "PICK UP YOUR DAMNED TOYS," give them TWO choices (only two), “You can pick up your toys and put them away or I will pick them up for you and put them outside.” It’s not really a choice, as much as it is a clear expectation being set. Kids need to make choices to develop self-reliance, but a hundred choices is overwhelming. Choices = empowerment = control.

If you like this article, please share it! Your clicks keep us alive!
Tags
spirited child
tantrums
parenting
guide to parenting
how to handle a difficult child