It’s Lonely Being A Religious Feminist 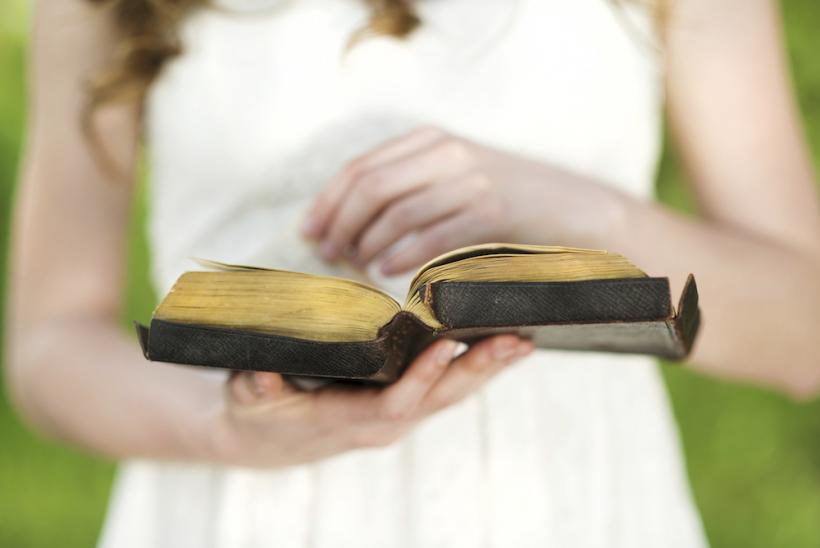 Religion and feminism: Can they co-exist?

I wish more feminists were willing to talk about their faith, whatever that might mean.

I believe in God, in afterlife, in redemption. I go to church, pray, read scripture, try to do better, help others, the whole shebang.

I also think that women embody most of the qualities a Christian aspires to be, that it is impossible to be a Christian and a misogynist, and that abortion should be legal.

Which means I am the odd one out in nearly every group. For example, I’m sitting at the park one morning with a group of moms. I am here because the kid needs to socialize. Two women talk about fruits and vegetables — buying from a CSA. This spills into conversation about Schools These Days and how they’d be better if kids could read the Bible.

I can’t stay quiet any longer. “I for one don’t want my kids learning about religion at school. Are you kidding me?” I realize I’m louder than socially acceptable.

My compatriots are shocked that someone from their faith community wouldn’t want prayer and scripture in all aspects of life.

I have a rant that I bring out a couple times a year, just for moments like this. It is about the separation of church and state — something I feel very very strongly about.

I grew up in a faith community with women and men of all types, something I didn’t know was an anomaly till later. I felt (and feel) that God made me with a working brain for a reason: to use it.

It might not make sense to you, but anytime I’m angry about some sort of religious nonsense against women, I don’t blame God. I blame idiots on earth. God’s not like that. I can’t explain it much more clearly. I’m so confident in this that I can dismiss a whole lot of shit that makes me crazy otherwise. Like when people at church feel sorry for my husband having me for a wife (this has happened more than a handful of times). Or when someone thinks Biblical punishments should be happening in 2016.

Being a person of faith isn’t cool. It is very personal to me and not something I like to talk about a lot, which goes counter to the whole idea of ‘sharing the good news of the gospel.’

So much of faith and feminism is intuitive to me, outside my verbal abilities. I still try to talk about both — or at least write about them — but I feel ineffectual.

A core part of my belief system is of free will; that we have it, that it is a big deal. I believe people need the freedom to make their choices — even if I disagree with them. I think a world without choices would make it so that I couldn’t be happy, even if I weren't doing anything wrong.

The more I learn about science and the universe, the more I think God works in ways we are only beginning to see.

I also believe in consequences for our actions. A lot of problems in modern society are a result or consequence of patriarchy over the centuries.

In my own church, as a Mormon, women used to bless their children. Any mother on the planet does this. Then policy intervened and women were told to ask a man for blessings. In my opinion, God’s fine with it both ways. Men on the other hand? Not so much. They really love to be in charge of things.

Could I be totally wrong? Could it be God’s will for half His children to be treated like crap?  Not likely.

How about the other half of the equation — could I be totally wrong and there is no God? I’d have to say again, not likely. The more I learn about science and the universe, the more I think God works in ways we are only beginning to see.

My 7-year-old is obsessed with physics. We talk endlessly about quarks and dark matter and black holes and other things I don’t really understand. I believe in natural forces and think there is so much happening beyond our physical perceptions. That makes sense to me as God going on. Why? Because there are elements of the universe you can’t explain without faith.

I wish more feminists were willing to talk about their faith, whatever that might mean. I wish more believers would be willing to call for change in gendered systems that don’t help anyone reach full potential.

Till then, I’ll be grateful to be alive in a time and place where I can think for myself and not worry too much about what others think of me.  It would be nice to find my a little group of compatriots. Thank heaven for the Internet.

If you like this article, please share it! Your clicks keep us alive!
Tags
religion
feminism
atheist
mormon
faith